On Saturday: Tour «Zurich is being photographed»

There are only a few traces left that remind us of the early photographers in Zurich. At first it was traveling photographers who can show dying in the Limmatstadt, then the first established photographers to take portraits and portraits of people in their studios. What can you still see of it today, and where did these first photographers settle down?

In the first photo studios, glass roofs served as the only source of light

In September 1840 – just a year after Louis Daguerre presented his photographic process to the world in Paris – the first photo exhibition took place in Zurich. The tour is devoted to the development of photography in the 19th century and leads you to the traces that photography has left in the city on its way to becoming a mass medium. Would you like to know who the early protagonists of the new art form were? Which places in Zurich are characterized and particularly liked to be photographed? What techniques and devices did they use? Was it a “daguerreotype”? And where are the big portrait photo studios located? The tour organized by the event platform “Stattreisen.ch” takes you to those places that were important for the development of the photographic trade and art. 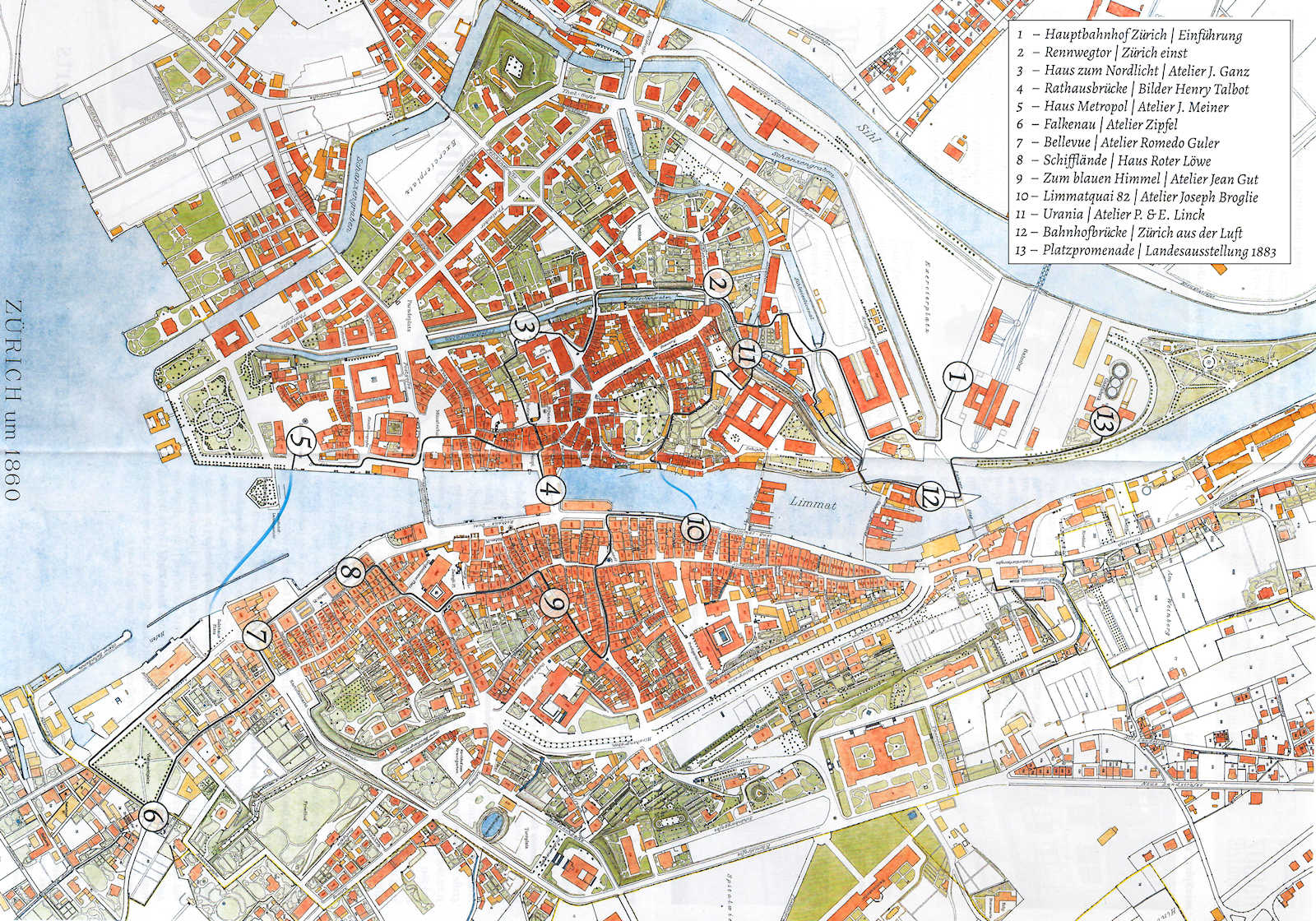 Zurich at the beginning of the 19th century. There are only a few traces left of the first photographers in Limmatstadt

Tour «Zurich is being photographed»

additional Information can be found at www.stattreisen.ch

‹ Serious allegations against the Salzburg corona laboratory › Swallow the Sun Reflect on “20 Years of Gloom, Beauty, and Despair” with the latest live album (interview)