Migrants: “Belarusian officials forced us into the water by telling them to go to Lithuania”

In the video footage published on the eve, it happened that a group of illegal migrants was not allowed into Lithuania on October 28, having crossed the border from Belarus in an illegal place in Varėna district.

Twenty-five adult migrants were detained entering the border from a neighboring country. Soon they were not allowed into Lithuania and had to be where they came from. The border line in this area runs where a strip of sand is visible.

The foreigners did not conflict with the SBGS officials and obeyed the instructions. Migrants later told Lithuanian border guards that Belarusian officials had confined them to the water by telling them to go to Lithuania.

It turned out that all the foreigners were wearing a lot of clothes and shoes. When they got ashore, they disguised themselves and dry. They dropped wet clothes and shoes, as seen in the photos, right next to the wall. Then the migrant was immediately driven to move to the Lithuanian deep, but detained border guards.

The foreigners were not frozen, they did not need help, as already announced. 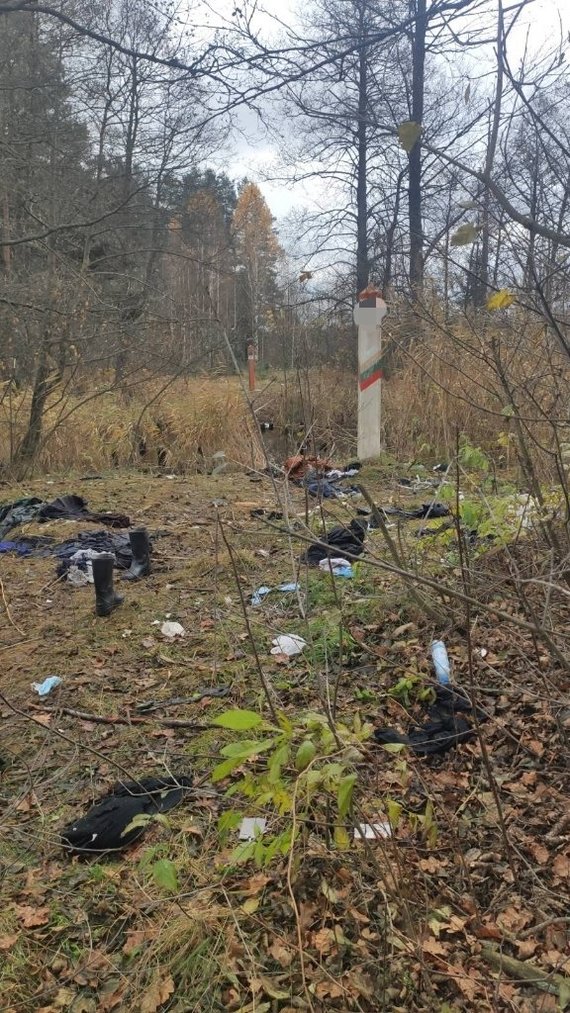 August 2 border guards were given the right not to allow migrants from Belarus trying to cross the border in restricted areas. Since then, SBGS officials have not allowed more than 5 thousand people to submit to the European Union. such aliens.

Russian performer K.Sharipov not allowed into Lithuania: he and N.Koroliova are no longer wanted | Names

Compulsory vaccination and imminent fine of up to 3.6 thousand. euro: could Lithuania follow Austria’s example?

A new vaccine against COVID-19 is coming to Lithuania. What do you know about her?

‹ Toulouse: Jean Lassalle “party” and “bar crawl” in the Pink City › One-time vaccination in the center of Prague. It will be made possible by the polyclinic in Spálená