“I think it’s important for all of us to remember milestones of our history and the ideals on which they were born. Especially today, which is not easy, we should always think about it, “Bareš told reporters. He pointed out in particular the limitations associated with the coronavirus pandemic, especially in access to education or travel, as well as the problems surrounding the spread of the so-called false report. “I am reminded of the foundations of democracy and freedom being necessary because they are not automatic, “Added Bareš.

Disagreement with the president

For most rectors, the meeting of university representatives on Hradčanské náměstí in recent years has been a substitute for the ceremonial presentation of state decorations at Prague Castle, which they stopped attending due to strained relations with President Miloš Zeman.

The reason was dissent of university representatives with the president’s negative attitude rectors and by refusing to appoint several professors. Last year, the rectors abandoned the ceremonial meeting in Prague due to a bad epidemic situation, and most of them remembered the establishment of Czechoslovakia in their cities.

During the reverential act, the Deputy Mayor of Prague, Petr Hlaváček (for TOP 09), said that “as an independent and sovereign state, we are responsible for the holiday, our elections and our future. The state and everything in it is our agreement. Success is our success, failure is our failure, “He said.

The Slovak Ambassador to Prague Rastislav Káčer recalled, among other things, the good and then good relations between the Czech Republic and Slovakia. Senate President Miloš Vystrčil (ODS) spoke about that it is necessary to continue to care for the sovereignty and independence of the country and its democratic principles. “We should behave today as well as those who restored and restored the monument to the Czechoslovak legionaries, those who brought us freedom. Let us take this as inspiration for renewing our freedom, independence, originality and sovereignty even today. Among other things, we are obliged to do so to our winning sons, “said the President of the Senate.

What about the ceremony?

The award ceremony will not take place today due to illness and hospitalization of the President, According to spokesman Jiří Ovčáček, the castle will only publish a list of honorees. The office of the head of state on Monday informed Zeman’s decision that the celebration would be moved to January 1, 2022.

The President is in the care of the Central Military Hospital (ÚVN) in Prague from Sunday, October 10, according to his attending physician and the director of the hospital Miroslav Zavoral are the reasons accompanying his chronic diseases. 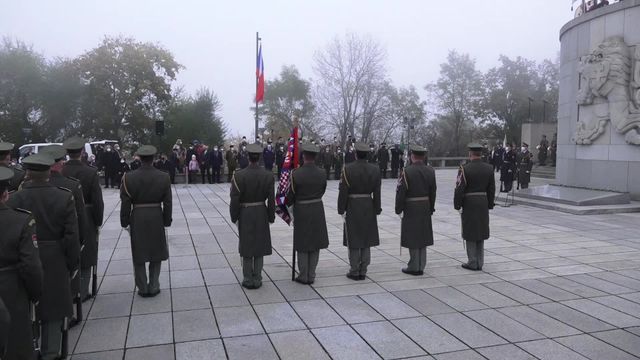 The celebration of the founding of Czechoslovakia was marred by fog. The gripen didn’t fly either Aleš Brunclík 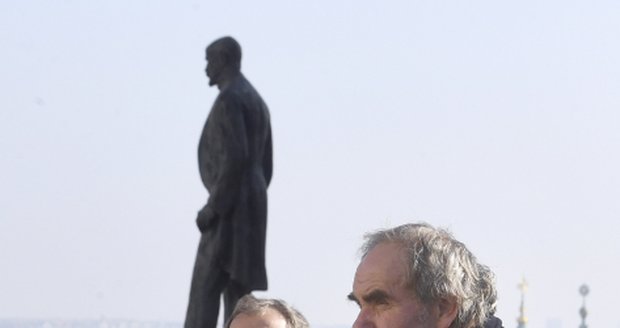 The rectors of Czech universities commemorated the establishment of Czechoslovakia on October 28, 2021 in Prague by placing a bouquet at the statue of Tomáš Garrigu Masaryk. The picture shows Jan Royt.