The Institute states on its website that reconstruction has been planned for a long time. The management started working in 2014 and later managed to reach an agreement with the Ministry of Finance on securing financing. It originally concerned the repair of the building’s exterior, from which mainly harmful asbestos was to be removed. Construction then began in 2017, when most of the employees also moved to the temporary headquarters of the Security Forces Archive in Bráník.

However, it has been found that more extensive renovations will be needed because, for example, the building does not have effective fire protection and fire protection the project gradually changed to a complete reconstruction. The original work thus ended with the removal of the cladding and the disposal of asbestos in March 2019, the building was preserved in the form in which it remains to this day. “The building will remain covered until the project is completed and the renovation contractor is selected,” states ÚSTR on its website.

Not much has changed yet. “The building has been standing for three years and the state cannot cope with it. It’s wrapped here like a huge forgotten package. “ noted the mayor of Prague 3 Jiří Ptáček.

Although the architect and designer were selected, visualizations of the planned appearance of the building were created. The latest information that the institute states on its website from 2020 says that it has obtained a building permit and is working on a construction project. Police officers from the NCOZ were also interested in a possible reconstruction in 2019, but in the end they postponed the case.

The Ministry does not expect reconstruction

The former director of ÚSTR and MP Pavel Žáček (ODS), who interpellated the Ministry of Finance Alena Shillerová (ANO) and asked about the status of the whole project, was interested in financing the project. Unfortunately, it seems that the budget does not count on the reconstruction.

“The Ministry of Finance still has the same position on the matter. Based on all known aspects, it is not possible to agree with the continuation of the reconstruction. Negotiations are currently underway with the ÚSTR with representatives of the Office for Representation in Property Matters on the allocation of other suitable premises for the ÚSTR headquarters, ”says the Ministry in response. According to the ministry, problems were also discovered during the state inspection, which are dealt with by the tax office.

Prague 3 is now proposing how to deal with the situation. Mayor Ptáček writes to the minister in a letter that, according to him, it is obvious that the state with the building has no vision. At the same time, it is clear that without state money, reconstruction will be difficult to carry out, he writes.

According to him, Prague 3 is interested in the ÚSTR remaining in the territory of Prague 3, but the uncertainty about the building in Siwiecova Street perceives the perception of the town hall very negatively, because it is a space that could be used much better. “In the event that the Ministry continues to insist that it does not spend the funds for the completion of the reconstruction, and at the same time secure the seat of the institute in another suitable way, I would like to choose for you and your successors the option of negotiating the free transfer of the entire building to the city district, “Stands in the letter. 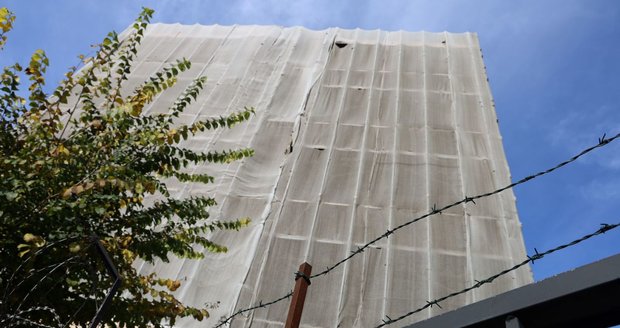 This is the building of the Institute for the Study of Totalitarian Regimes in Siwiecova Street in Prague 3. (October 20, 2021)

A monster under the Girls’ Castles. Prague 5 is filing a lawsuit against the building

‹ This order platform is new in Amsterdam and is sure to be a favourite: we’ll tell you why › The Apollo Cinema is waiting for the end of the world with a Halloween atmosphere – Debrecen news, Debrecen news | News of Debrecen and Hajdú-Bihar counties