Traffic complications in Prague: There are more cars than before, says Hřib

Road workers are working on dozens of places. But once one of the traffic restrictions disappears, it is replaced by another, which makes the journey to an hour’s drive. While somewhere (Branická, Nábřeží Edvarda Beneše) is already being finished, elsewhere repairs have only just begun.

The new flow of traffic makes it more difficult reconstruction of the busy Argentinewhich will be passable in one lane. Until the end of November, Prosecká will also be closed and limited traffic will also remain in the backbone Koněvova street. No wonder drivers at the top tear at their hair.

“I spent a few hours a few kilometers from Prosek to Ďáblice due to the closures,“Marek Tichý (53), a resident of the Prosek housing estate, complained to Blesk.

“The reason for congested roads is that a third of cars have been added in 10 years and after eight years YES at the Ministry of Transport, progress with the construction of other sections of the ring road around Prague is completely insufficient, ”explains Mayor Zdeněk Hřib (40, Pirates). “The situation was not helped by the fact that some people got into cars due to questioning the safety of public transport during COVID,” he added for Blesk.

Scheinherr: We have to fix it!

“We have to act responsibly, if we want to take care of the city and have the infrastructure at the level of the metropolis of the 21st century. And it is responsible to correct it. We took over Prague in a state where the debt on its infrastructure amounted to an incredible 30 billion crowns. We have to fix it, otherwise it can’t be done. Approaching reconstruction of the Barrandov bridge, one of the most important arteries in the Czech Republic, and we cannot afford to have an accident somewhere. Detour routes must be prepared, ”said Adam Scheinherr, Deputy Mayor of Prague and Transport Councilor (Prague, Sobě). 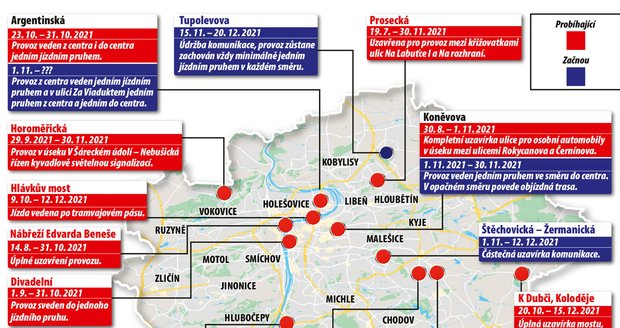 ‹ Toulouse. Lamartine college awarded medal at the “2021 Youth Games” › gas can become a political instrument for the Russian Federation