Their construction did not stop there. Three more professional trampolines were added to the mix, setting the stage for an entertainment spectacle like no other. Here’s what you need to know about these record holders and the amazing freestyle competition on the trampoline that showcased their unique efforts.

People flock to Slovenia for several reasons, from delicious wines Vipanska dolina to relaxing thermal baths Dolenjske Toplice and ethereal Postojna Caves. In 2021, tourists added Ljubljana’s trampoline bridges to these activities, worth postcards. So how did this Slovenian metropolis conclude a construction project that was originally intended for Paris? Like the famous French “City of Lights”, Ljubljana is known for its many bridges – 25 to be precise – that stretch across the width of the Ljubljanica.

These bridges allow access to various parts of the city for cyclists, pedestrians and drivers. Some of these buildings are also picturesque, such as Jože Plečnik’s Tromost, which is considered the culmination of a visit to Ljubljana. Despite all the action on the bridge, only two bridges have ever allowed individuals to bounce up to 35 feet high into the air. These temporary huge bridges stood next to each other and invited both regular people and free-flowing contractors to reach new heights on 20 and 21 August 2021 between Bridge Bounce Ljubljana.

To unite the Bridge Bounce Ljubljana event, DD Squad joined forces with the Extrem event agency. Their goal? Creating an event that would not only impress and impress large crowds, but will give them plenty of opportunities to jump. Acrobat, a Slovenian trampoline manufacturer, revived the technical aspects of the project, and it was fully supported by the tourist boards of Ljubljana and Slovenia and many smaller partners.

The making of the two trampolines proved to be essential to achieving the common goals of crowd entertainment and attracting them to participate. The first trampoline measured 75 meters in length and invited spectators to set out to jump. In two days, more than 5,000 people took advantage of the rebound structure and recorded more than 80,000 jumps. As for the second bridge, this larger professional building featured Olympic-class trampolines, including a freestyle trampoline and something called a “Supernova,” a giant unparalleled on the world stage at 42 x 42 feet. The erection of both facilities took five days. What’s more, it included 1,600 square feet of trampoline bed, ten tons of aluminum, and 15 cubic feet of safety padding. 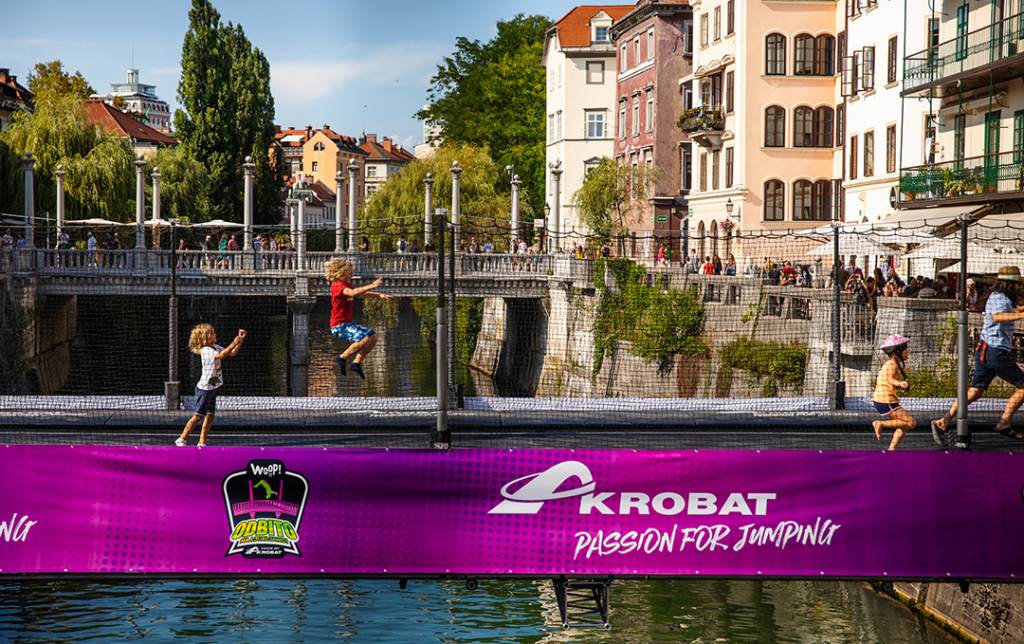 Just a few of the thousands who jumped over the trampoline bridge. Image courtesy of The Dunking Devils.

The best freestyle trampoline artists in the world

Remember those icons from Dream field: “If you build it, will they come?” It turns out that old school wisdom isn’t just for dead, shod baseball players. Building the most impressive trampolines in the world has attracted the world’s best freestyle athletes. People came from Sweden, the Netherlands, Austria, Denmark and many other nations. Think of it as a trampoline, the equivalent of a “Little World” ride at Disneyland. In addition to drawing record trampolines, these runners wanted to show off their skills and win a lot.

What followed was madness as the contestants hit the bridge, ready to impress and amaze the thousands of spectators present. The complex movements included everything from triple and quadruple turns to massive jumps that dropped participants to a height of 35 feet into the atmosphere. Who came from the best dog? Jože Plečnik from DD Squad dominated the Supernova Best Trick competition. And Sebastian Wennmalm of Sweden rocked the freestyle trampoline competition and also the top jump, even though he was barely 15 years old. 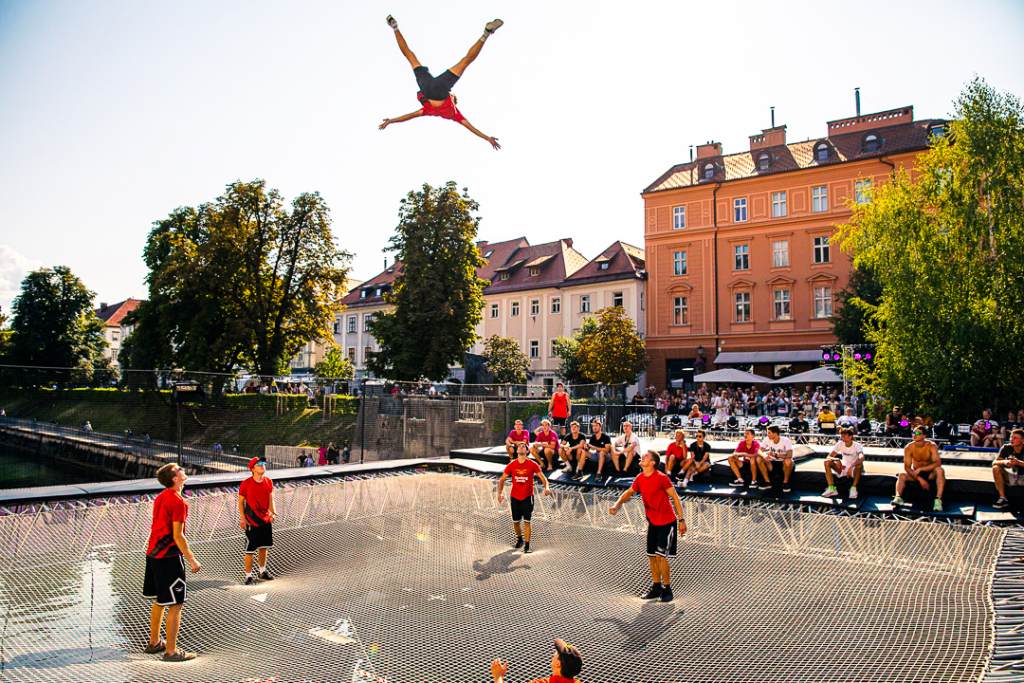 The Dunking Devils have built a reputation for innovation along with adrenaline shows. What are they planning for the future? They want to transfer the Bridge Bounce Ljubljana concept to other nations around the world. DD Squad has already started observing the Paris Eiffel Tower and the Dubai Foundation Walk Bridge in front of the Burj Khalifa. Although the plans have not yet been consolidated, one thing is certain: the future looks high for this top-notch and fun team of trampoline lovers!

YOU CAN EXPLORE IN PERSON!

Discover hundreds of strange and unusual artifacts and test yourself in amazing interactive content when you visit Ripley’s Odditorium!

LOOK FOR AN ATTRACTION NEARBY

from Ripley’s Believe it or not!

AutoWallis continues to expand in Slovenia: it opens a Land Rover dealership in Ljubljana

‹ Portugal sees possible joint acquisition of gas between the EU as “positive” › Still stranded in South Africa, Charlene of Monaco mourns the death of her dog