Another accident on the Prague ring road: The truck ended up on its side

After an accident of two trucks, one ended up on the side. The accident complicated traffic on the D0 motorway in the direction of the airport. Although the police managed to partially clear the road, columns began to form until the exit of the D1 motorway. The event, which claimed two injured people, took place on Monday after eleven o’clock on the Prague ring road near Jesenice. 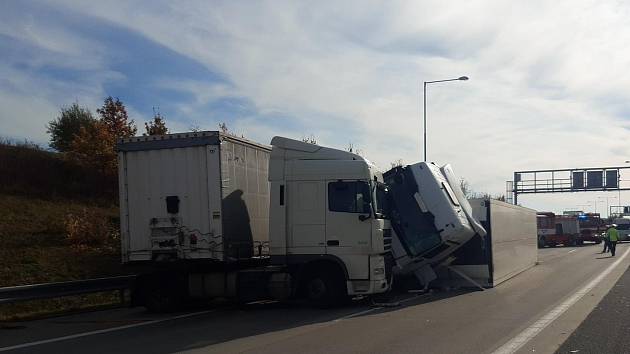 “One of the injured was transported with minor injured in traumatology to Thomayer Hospital,” Petra Homolová, a spokeswoman for the Central Bohemian rescuers, told Deník, saying that both drivers had minor injuries.

Firefighters rescued the overwhelmed worker, but the man succumbed to serious injuries

Together with @HasiciPraha we intervene on the Prague ring road near Jesenice. There was an accident in two trucks. One of them ended up on his side. Two injured people were taken over by the emergency medical service. Firefighters pump oil from damaged tanks. D0 -> airport – closed. pic.twitter.com/TGdTGgrszK

‹ Does the insurance broker have to pay for the damage? › Prague announces tender for technical supervision of construction of Dvorecký bridge, which will connect Podolí and Smíchov – ČT24 – Czech Television