There is the first café in Slovakia in Bratislava where you will be served by a robot. The owner could not find a human waitress

Café Dias, located under the Panta Rhei bookstore, introduced an unexpected novelty. A special robot helps the waiters with the service here. More precisely, it is robot Bella from the workshop Pudu Robotics, which is to be a reinforcement of operations in the Bratislava shopping center Bory Mall.

“We are pleased with the positive reactions of customers to our Bella, special ties from children. Our goal was to go to the cafe. The latest experience of our customers and also a new experience for our customers. In addition, it is the literature and classic novel by Karel Čapek RUR that gave the world the word robot. So the circle has symbolically closed, “ says Michal Rajter, CEO of the company.

BellaBot Robot is inspired by the look of the famous cartoon cat and thanks to its artificial intelligence, it is not just a kind of silent servant. He can encourage customers to take the order and also warn them if they stand in his way as he heads for the tables.

“We are proud that we were the first in Slovakia to manage to come up with this innovation in the world of cafes. In the first few days that the Bella robot works with us, we can confirm that customers are very much looking forward to it. The robot is funny, perceives the environment and can try competition on certain borders, which always puts a smile on their face, “ says the director of the café Alexandra Čarády. 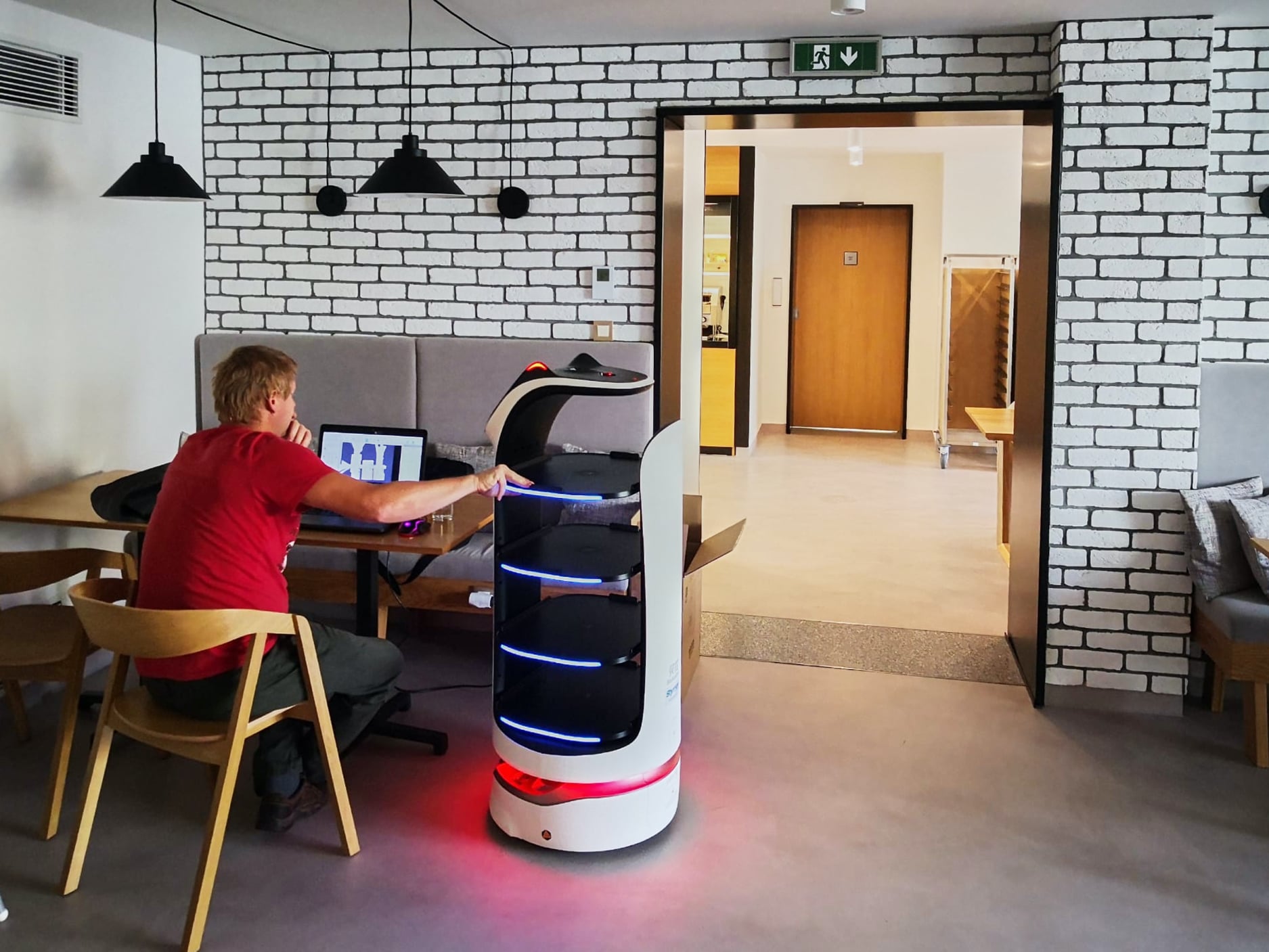 Robots as waiters in cafes and restaurants are trying to operate around the world. One of the reasons is the lack of manpower in the gastro segment due to the COVID-19 pandemic, which was also one of the main factors in the introduction of the robotic waitress in Café Dias.

“One of the main reasons why we need to address this innovation is the fact that fewer and fewer people are responding to job offers. We really have a problem filling these vacancies, “ explained by Michal Rajter.

According to him, there is no need to worry that exploiting the long-term benefits of the robot’s employment would: “The human factor remains a priority in our cafes. Baristas and timekeepers are still the most important in our cafes. BellaBot is only their helper, who will have his place in the gastronomy business, but he will not replace the human element. “

Who will be replaced by robots?

A coronavirus pandemic is accelerating robotization around the world. Slovakia is the most endangered country in this respect, as the first will be low-skilled jobs.

By 2022, 75 million current jobs should be lost worldwide. On the other hand, 133 million new positions are expected to be created.

“Robotization is an irreversible process, it’s a current trend. Just as we moved years ago from purely agricultural production to the predominance of industry, now industry is transforming to greater use of mechanized and robotic production. Within six years, robots work up to 52% of the total working time, people only 48%, “ informs Lenka Buchláková, economic analyst of FinGO.sk.

In Slovakia, up to 34% of jobs in industrial production, ie in car manufacturers, are endangered by robotics. Workers in the centers or retailers / cashiers in retail and wholesale will gradually come to the background, gradually replacing self-service cash registers. 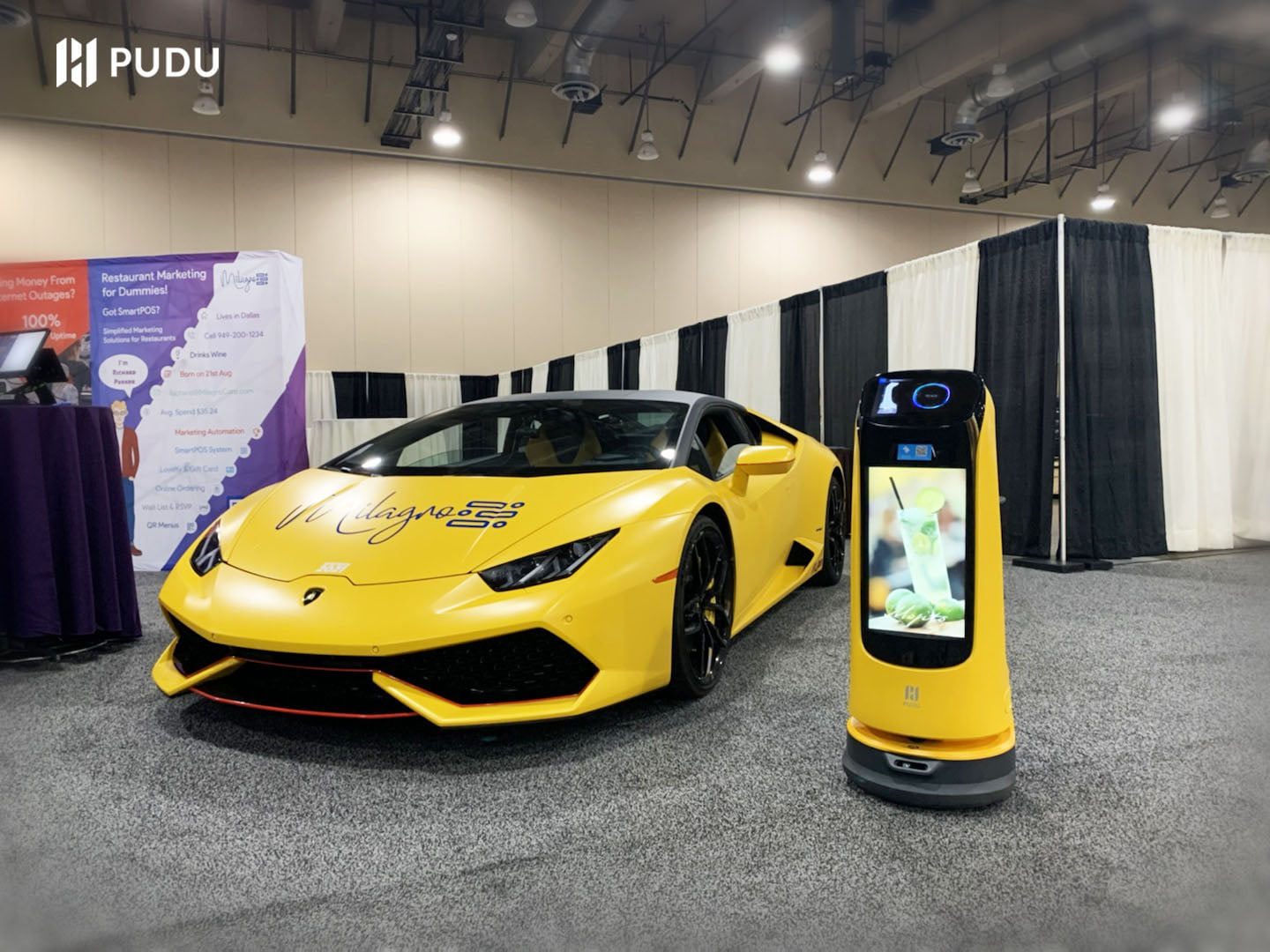 Robots have several advantages. They are not PN, they are more accurate and according to scientists they have a lower error rate. Robotization reduces salary costs and increases company profits.

“Within Eastern and Central Europe, positions such as data analyst, robotics specialist, engineer, software and applications, and social network specialists will be increasingly in demand by 2022,” added Buchláková.

Within two years, robots should start replacing, for example, the work of waiters, fast food workers and other workers, whose salaries are often close to the minimum wage.

Slovakia supports the proposal to create a European digital identity

The Romans and Slovakia opened an exhibition at Bratislava Castle

‹ Ligue 2. Led by two goals in Paris, Toulouse FC snatch the point of the draw › The number of cases has been increasing for two weeks in Portugal, but it is not reflected in admissions (on the contrary) – Observer