The first news I learned (before I left for work) through underground news channels was that actress and painter Blanka Bohdanová had died. I have confided several times with the fact that when someone leaves Czechoslovak culture, they report to me in advance with some – not always aesthetically selected – work. The story of today’s Eastern and Western Europe against the background of the author’s ideas from October 3, 2021.

Right now, in my free time, I’m riding Major Zeman, and this morning I was watching the part of the Stations of the Cross, where Blanka Bohdanová played the old monumental girl Koterová on her old knees … The role of a dreamy ‘outside’ woman Bohdanová – let’s remember her wife, teacher Lamač (Jiří Sovák) from the series We All Have a School, or the wife of Deputy Čirůvka (Miloš Kopecký) from the popular comedy Křtiny. 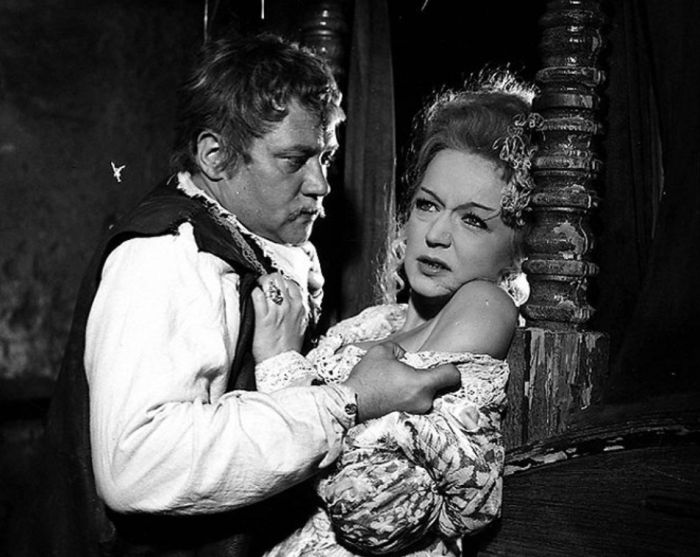 With Rudolf Hrušínský in the film Honor and Glory – the big role of Blanka Bohdanová she was locked in a safe for over thirty years, photo BontonFilm

She only got out of it a few times in her life, and the biggest opus in this character was an emigrant prostitute-agent in the service of the Protestant resistance in the recatholic Bohemia of the Thirty Years’ War in Hynek Bočan’s film Honor and glory. It was a film written long before its premiere on January 24, 1969, when once again, as in the film ‘Agents from the West’, they left us to our pre-lost struggle (author Karel Michal he was already in exile at the time of the premiere), but he miraculously sat on the situation of the time – which is why he was immediately banned. When he was pulled out of the vault after 21 years, it turned out to be a timeless story in our regions – also thanks to Kateřina Blanka Bohdanová, who, in contrast to most of her roles, is almost an active driver of the whole story. I can recommend it to everyone.

While formulating this obituary in my mind, I came to work in sheltered housing. One of the benefits of my new job is that the TV is still on and clients are constantly switching programs. After some 16 years of not having a TV at home, in addition to rare pleasant surprises (such as the series Mr. Professor, which is, although consumer, written so well crafted that even Jaroslav Dietl would not be ashamed of the script), what is broadcast today, and I must say that I am especially terrified that the commercials are already as long as what is broadcast between them – while, for example, an advertisement on CS film, which is defined as specialized in Czech and Slovak film, what i saw specializes in American shooters… 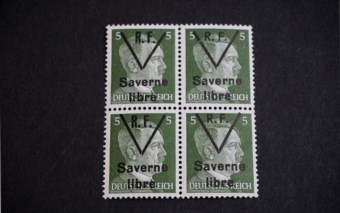 Today I noticed one part of the German series Cobra 11, which I remember from ancient times. Detective Simir Gerchan was put there in the real situation of today’s Germany: Angela Merkel resigns – and at that moment a group of supporters of the communist regime appears, claiming that they already have ‘enough government of banks, corporations and migrants’ and this time throughout Germany coup back to the regime what ruled in the former GDR. The communist coup plotters from Kobra11 were typically stupidly paralyzed in German (they wanted to seize power with the help of a nuclear weapon they bought from China or North Korea, which have it, but from Cuba, which does not have it, and put Honecker’s fictitious son Rony at the head of government). , a yoga teacher who, during Honecker’s exile in Chile, was persuaded to coup by a personal butler of a comrade secretary general (former colonel of the National People’s Army of the GDR) – but ethnic German Turk Simir committed beautiful sentences in the work, in which I do not know how German viewers, but their Czech neighbor knew today’s reality:

“You won’t get good old German food at street stalls anymore – instead of kebabs, rational nutrition itself everywhere.”

or a diagnosis for which a professional political scientist would not be ashamed:

“At a time when we are in the cage with Russia as half of Europe, unprotected by the United States, it is easy to make a coup in Germany …”

I remembered Carl Gustav Jung, who discovered that the subconscious of the individual and the collective always yielded what I fear – and the myriad American films in which someone leveled the lands of New York before 2001 … 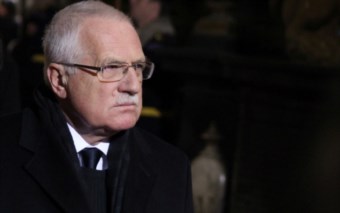 When I returned home from work, I learned that the ‘left apocalypse’ in the German variant was already beginning. Opposite than in our country (where Zdeněk Bakala privatized 4,000 corporate flats of OKD employees, which he sold the roof to their developers immediately) and surprisingly completely democratically: citizens of the German federal state of Berlin (which is currently in the same situation as inner Prague, where he can’t afford an apartment no more Members) in a referendum votedthat all real estate and development companies that own more than 3,000 flats in Berlin will be required to cede a total of 240,000 flats for bonds paid to them over the next 43 years – and the federal state flats (as was the case under the previous regime) will provide as rent to its residents. My rejoicing at this event (which I ventilated on Facebook) deprived me of one of my friends there, the profession of the director of a non-profit company, who himself owns several apartments and who, on the contrary, agrees with the choice and whom I agree to express. led to our ‘network friendship’. Unfortunately, the situation in our Eastern European post-communist-post-democratic society is such that today’s motto is slowly but surely becoming yesterday’s proverb “The sick of the hungry” do not believe in the old-new modification. In the past, this situation has been addressed in standard Western democracies by saturating everyone, which is obviously the ideal not only of the citizens of the common country of Berlin, but also of mine – albeit under a government that years later again a successful ODS I will push it even worse than before.

Next year, Prague will give the most money in investments in transport, namely CZK 8.3 billion