The volleyball players had their premieres this year, but lost twice in the capital

In the 3rd and 4th rounds, the West Bohemians traveled to the capital, where they faced the Bohemians of Prague twice in a single day. Although they fought on the deck, it was not enough for the body. The favored Pražanky won both duels on their pitch with a clear ratio of 3: 0.

“It was our first match in a year and a half, so we were really looking forward to it. But the Bohemians are a very strong team, especially in their home environment. All sets in both matches had more or less the same course. From the beginning, the game was balanced and there were beautiful and long exchanges. But then one of the opponents gave us several direct points directly from the service in a row and we could not remove the leading ones, “said the captain of the Klatovy team Eva Petrmichlová.

“After a long match break, we still have to work in training, especially on the pass,” added an experienced volleyball player soon. 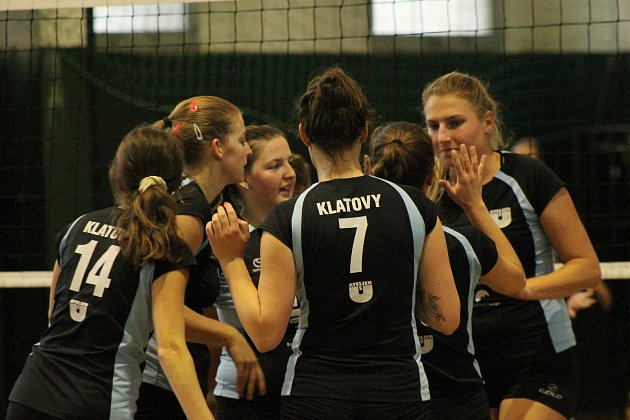 Volleyball players from the city under the Black Tower already have a chance to repair on Saturday, when they are hosting a favorite from the Czech Technical University in Prague in the home hall of the Čapkov Elementary School. Matches are played from 9 a.m. to 1 p.m. Come cheer the girls!

PHOTO: In a dramatic battle, the angels defeated the brave fighting Topovky from Blovice

‹ BASKETBALL: JDA Dijon will not be able to defend its title in the Leaders Cup › Saturday and Sunday between clouds, fog and bright spells; colder since Sunday