Rather than one, the locals of the “four” prefer two establishments that share one house and have the same owner. Both the U Bansethů restaurant and the neighboring Bašta brewery took first and second place in the mini-survey on social networks. The company is headed by Tomáš Bašta together with his aunt and father. He was taken over by Tomáš’s uncle. “We take care of the operation as one big family,” says Tomáš.

Food from the kitchen spreads the demands of those sitting in both the restaurant and the brewery. Businesses differ only in beverages. “We brew our own beer in the brewery, we have our own breweries. The boys who take good care of our beer, “ describes the operating. In the neighboring restaurant, unfiltered Plzeňský Prazdroj is spinning again.

The craft craft has been inherited in the Bašt family for a generation. Because Tomáš’s uncle was a joker, he invented the legend that the company was founded in ancient times by Maximilian Basta of Manila. However, the current operation only laughs with love at that. “Both my uncle built both companies from practically nothing,” says Tomáš. The pub has a tradition of more than a century, but when his uncle took it over, there was absolutely nothing in it. “Uncle built it out of nowhere,” he recalls.

The family continues their uncle’s legacy. “I want to do the job well and honestly. We use domestic products as much as possible. We follow in our uncle’s footsteps, “ explains Tomas. The U Bansethů restaurant was the first to open about eighteen years ago. The founder liked beer and tried the products of mini-breweries. During one visit, they met arrogant workers who refused to serve him. “I didn’t like it, he got angry and said that he would start his own mini-brewery,” says Tomáš Bašta.

He got his word. More than ten years into the past, it started the Bašta brewery with all the facilities needed to brew beer. The current brewer has been working here since the beginning. As soon as he learned, he started brewing beer for Bašt.

The U Bansethů pub appears in Hašek’s Fates of the Good Soldier Švejk with its original founder, Alois Banseth. It is said that Jaroslav Hašek used to be “baked cooked” in the pub. To this day, a table with photos and a sign awaits the famous flamenco and writer in the restaurant. It is a symbolic memory of a famous guest. “When regulars reserve, they automatically report that they want places for ‘Haška’,” smiles the operator.

Both companies were unpleasantly affected by the covid. “The hardest part was when no one knew anything. It closed from day to day, “ says Tomas. It was an extremely financially demanding time. However, they did not fire any of their employees. “Fortunately, we were saved by the locals, who went for boxes. Thanks to their support, we have withstood the difficult situation, “adds operational.

As for other possible covid waves, he is said to be operating mentally prepared for everything. However, he fears perhaps irrational government regulations. “None of us will influence what comes. We will simply comply with the regulations. ” In that case, they will try to keep the business afloat at all costs. Both for the preservation of tradition and for the sake of its employees, who have to live with families with children.

At lunchtime, both operations are packed to bursting. The occasional visitor to the Tondu restaurant is attracted by well-prepared ducks. “I don’t come here very often, but I’ve known the company for a long time,” he told Blesk. This day, however, visited the Bašta brewery for the very first time, because he mistaken the entrance. The second guest, Dimitrij, also enjoys excellent food and a fresh “beer”. 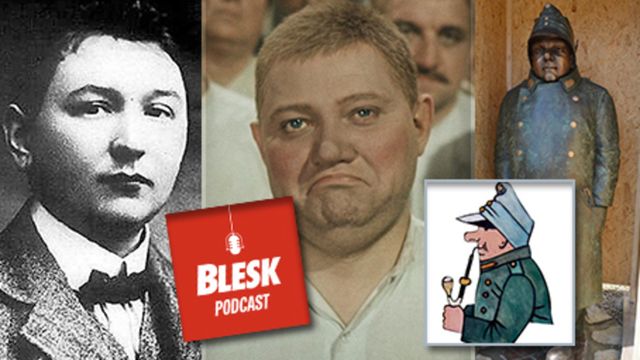 Lightning Podcast: East of us have statues of Schweik everywhere. Hašek’s novel is 100 years old lightning 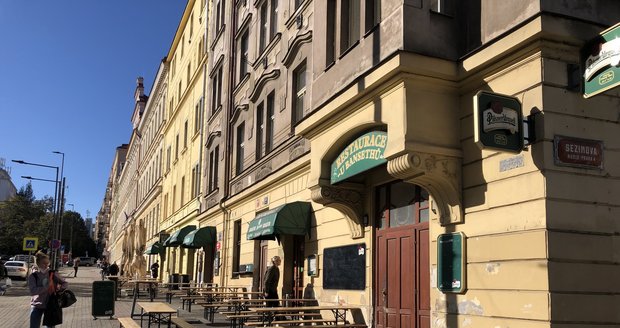 Exterior of the Bastion pub

Next year, Prague will give the most money in investments in transport, namely CZK 8.3 billion

‹ Are we heading into the next wave? The answer to that is no. But we have less overview than before. › Akis Tselentis – What angered him and he exclaimed “here is Greece and not Mohammedan”?