NanoAvionics CTO: How much does it cost to build a satellite and why is Lithuania a space state?

Self-made photo of Lithuania from space

“I was probably inspired by my father – he was also an engineer. As far as I can remember, I was interested in things related to engineering – it can be said that I lived in a garage with a computer, learning to assemble, pronounce and understand the principles of operation of various things, ”shared the memories.

Growing up in the small town of Joniškis, E. Kalabuckas was attracted by two things that were still quite foreign to Lithuania at that time: space and engineering.

“I remember that even for teachers, it was new when I said that when I grew up I wanted to work, it was related to space – after all, there was nothing like the space industry in Lithuania,” said the engineer. cabin and I wanted to make it possible. It may have been somewhat reminiscent of a teenage rebellion, but now that I look back, I can say I don’t regret any of my choices, because they all brought me. “

Deepening more and more into the field of space, the first idea of ​​E. Kalabuck’s project appeared – to photograph Lithuania from close space by attaching the camera to a balloon. The guy who launched a self-made probe “Glory 2” into space made over 3 thousand. from.

“The first launch was unsuccessful, I lost the equipment, but I shared my experience with the news portals. I was young, the idea was unheard of, so I got support, and soon, after 4 years, I succeeded, ”commented CTO.

The work is the same, only changing tools

“Looking to the future, everything is very bleak, maybe not even achievable, but I didn’t try to turn my head too much because of it. I knew that I had to move in the desired direction, ”E. Kalabuckas shared his experiences. 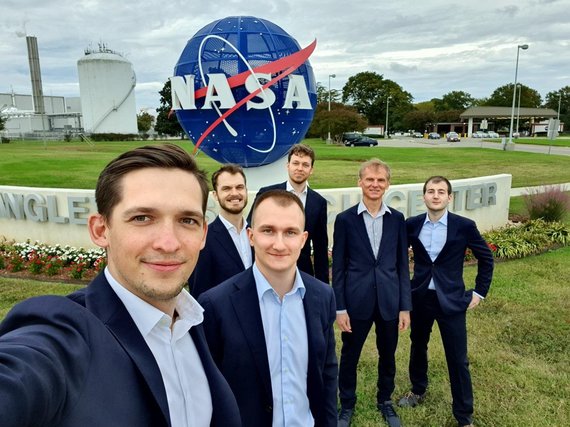 After entering the bachelor’s study program of telecommunications physics and electronics at Vilnius University, the guy received an invitation to the first space conference in Lithuania, where he met the future founder of NanoAvionics, Vytenius J. Buzu.

2014 The company was expanded in almost a decade and gained international recognition, with satellites developed by NanoAvionics being used by NASA, Thales Alenia and other well-known companies.

Im no longer a soldering iron, but a person, but the principles of work, logical thinking remain the same

Having started in this company as an engineer and today holds the position of technical manager (CTO), just working electronics has admitted that there is no shortage of schemes and projects at the moment.

“That engineering, even if the stairs grow upwards, does not disappear anywhere – the tools change. You no longer take a soldering iron, but a person, but the principles of work, logical thinking remain the same, ”E. Kalabuckas shared his insights.

Satellite production is a long process

The company has grown its pajamas three times a year, opened three new offices in Kaunas, the USA and the United Kingdom, and increased the number of employees by 60 percent. and entered the larger satellite market. The company currently has 97 employees.

E. Kalabuckas said that such success is the result of many years of work. Currently, participating in a satellite creates a delay of 6 months to 2 years, and about 10 people per satellite.

It’s important to note that satellite sales aren’t as massive as, say, phones.

“We buy dozens, hundreds of our satellites,” said the technical director. It is not surprising, therefore, that even small satellites cost hundreds: several hundred euros for a permanent satellite, and almost as much for launching it into space.

“There can be all kinds of satellites, so the satellite is not equal to the satellite,” E. Kalabuckas shared the details. “It all depends on what the customer needs, so the price often fluctuates.”

From telecommunications to climate change monitoring

There are currently ten satellites developed by NanoAvionics in space, three more are planned for the year, and the use of the ferry is diverse.

This summer, SpaceX’s Falcon 9 rocket launcher launched two NanoAvionics satellites into space, which will contribute to the development of communication technologies and thus improve conditions for communities in remote regions of the Earth. Meanwhile, satellites developed by Aurora Insight have become part of the data collection and transmission system. The US company Charlie and Bravo use satellites to monitor the radio spectrum, the data of which helps mobile or mobile data operators, broadcasters and other radio frequency users to use or expand the infrastructure more efficiently.

Using a machine-learning algorithm, Aurora Insight technology allows you to capture the intensity, pollution, interference of radio frequency bands, and present the collected information in a map format, in real time.

Last year, NanoAvionics also signed a high-value contract with the UK company Sen and developed satellites for it to monitor the effects of the planet’s environment, natural disasters or climate change.

Recently, the company also began cooperating with the US National Aeronautics and Space Administration (NASA). NanoAvionics has built a platform for it with 12 cargo units, approximately the size of a microwave oven, in which NASA’s Advanced Composite Solar Sail System (ACS3) will be launched and tested. Following successful space trials, NASA plans to use such sails for interplanetary missions in the future instead of conventional jet propulsion engines.

Speaking about the possibilities of the space industry, it is already no secret – Lithuania is already a space state, and the conditions here are very good. Joining the European Space Agency has opened most doors not only for engineers and technology companies, but also for those who dream of becoming astronauts. 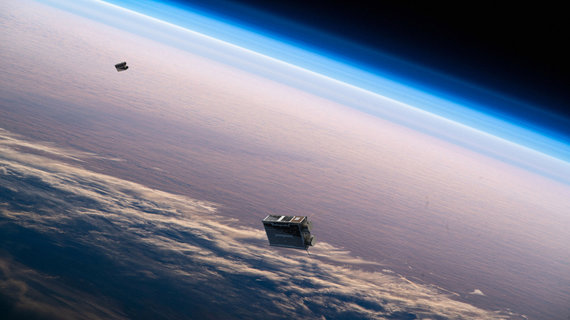 “I was very impressed with my self-confidence, perseverance and courage. I would like the same for everyone who reads – to find what they like best, and then to take and do. Always bus problems, work is a constant problem solving. Then you have to like the process itself, not just the result, ”the person shared his insights.

The goal is a ticket to Mars

“Maybe I won’t be the first to fly to Mars, but I can spend time in space in my life,” he added. 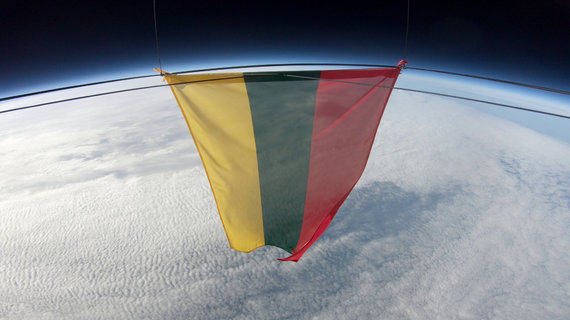 The desire to see everything from above, which originated in childhood, is still worn by the man, adding that the love for space has only grown for a long time, and the undiscovered space and the possibilities within it are inspiring more and more. “It’s a natural way forward for humanity – we’re curious. I believe that people will live on other planets in the future, and I think we will even need it to preserve our civilization. “

Lidl Lietuva strengthens salary leadership: from January, salaries will increase for all employees

After 75 years, the exile Vanda Valiūtė returned to Lithuania