How will the non-working days be in different regions of Russia. Main :: Society :: RBC

In Moscow and the region (where the number of new cases in the last week does not fall below 5.7 thousand and 2.1 thousand people, respectively), non-working will be days from October 28 to November 7.

In the Kursk region “antique holidays” decided start on Monday, October 25th. They will end, as elsewhere in the country, on November 7. Also, from October 25, non-working days will begin in the Samara region.

Regions where non-working days do not coincide with federal

The decision on the non-working days has affected schools. For a significant part of the regions, the period from October 30 to November 7 is planned for the holidays. Those who have a different curriculum were recommended by the Ministry of Education on the evening of October 21 to shift them to federal holidays. At the same time, it was prescribed to adjust the plans so that the educational process does not suffer.

The holiday regime in different regions starts differently, then the duration of the holidays is not everywhere. So, in Moscow and the Moscow region, autumn holidays start on Thursday, October 28, and children will thus receive additional free days.

Moscow transport will operate as usual during the lockdown

At the same time, the terms differed not only depending on the region, but also on the form of education (some schools study according to the trimester system). For example, in Tatarstan, they had to pass from November 1 to 7 and change nothing. did not… Same way decided enroll in Yekaterinburg. But in the Volgograd region, the holidays should start on October 25 and end on October 31, but in the end they were extended for another three days (in fact, for a week). The same terms will be in Belgorod, Tula, Ivanovo regions, as well as in Chuvashia.

In the Kursk region, it was decided to start the holidays on October 21, in Kalmykia on October 23, and least of all schoolchildren will study in Sevastopol. There, the operational headquarters decided on October 11 dissolve them to their homes from 18 October to 8 November.

In addition to schools during non-working days, there will also be no classes in sports sections and circles. Kindergartens in Moscow and the Moscow region will go on vacation, but for some children, duty groups will be organized. But in Tatarstan, for example, they decided not to close kindergartens at all.

In kindergartens and nurseries on non-working days, duty groups are organized 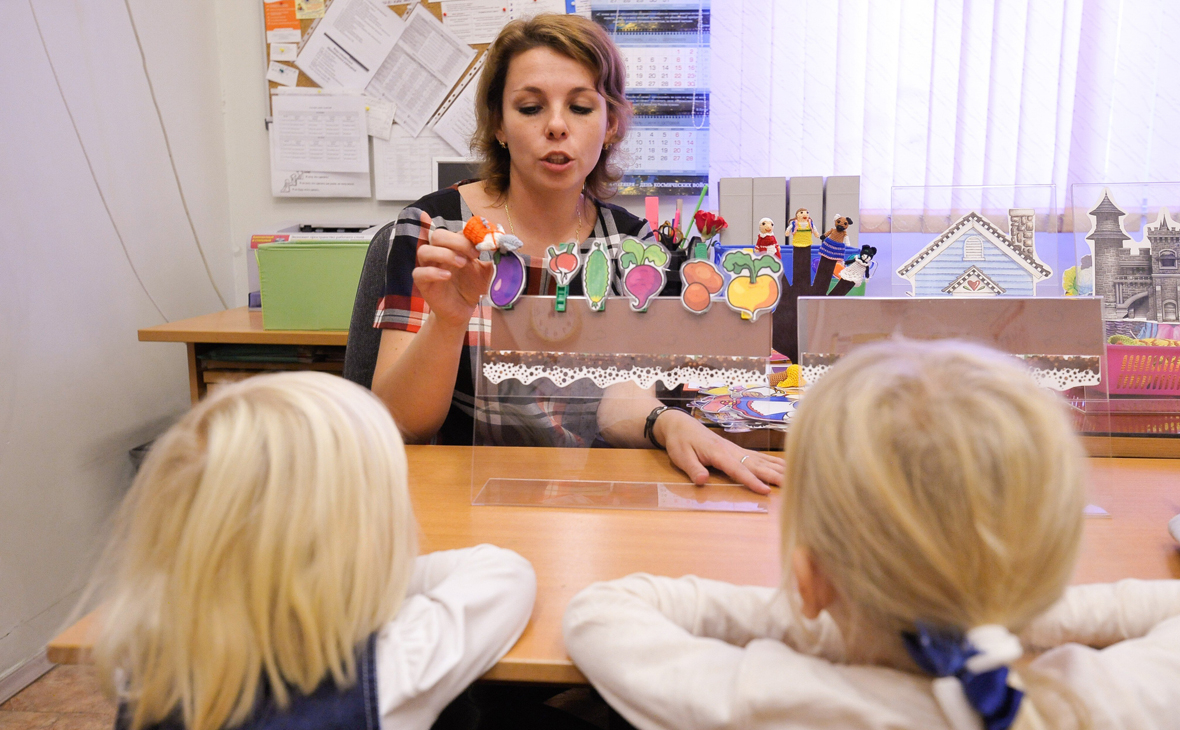 As for universities and secondary professional vocational institutions, for example, in Moscow, by the decree of Mayor Sergei Sobyanin, they are allowed to conduct classes exclusively in remote mode. Bauman Moscow State Technical University decided to make non-working days for all employees, limiting itself to remote consultations on a number of issues. On the transition to distance learning at Moscow State University named after Lomonosov. They did the same in MGIMO… The Higher School of Economics decided that distance learning would be organized from 25 to 29 October; and from October 30 to November 6 – asynchronous online mode using LMS resources (independent work of students and graduate students).

V Moscow region the authorities decided to send university and college students during the holidays from October 28 to November 7 on vacation.

At the federal level, Minister of Science and Higher Education Valery Falkov announced that universities can transfer students to distance learning.

After the announcement of non-working days, several regions introduced partial lockdowns. The most severe restrictions will be in Moscow and Moscow region – non-food retail stores, dental clinics, catering establishments, multifunctional centers and public service centers, beauty salons, fitness centers, entertainment and cultural centers are closing there. The authorities made an exception only for museums and theaters, and then with reservations about the presence of QR codes (given to those vaccinated and recently ill) and masks from visitors. Cinemas and children’s playrooms are also closing.

V Sevastopol catering establishments, beauty salons and fitness centers, as well as theaters and cinemas will be closed.

A relatively “liberal” lockdown was planned by the authorities of the Kursk and Chelyabinsk regions. So, in Kursk region on non-working days will close non-food shops, as well as catering establishments will be allowed only by QR codes.

V Chelyabinsk region under restrictions fall beauty salons and fitness centers, after opening, will only serve customers with a QR code. Catering services do not serve visitors at night, from 23:00 to 6:00. Food courts and cinemas in the area are open, but access is via QR codes. The authorities in the region promise to keep the use of these codes on an indefinite basis.

In a number of regions, in the last days of October, the mandatory presentation of QR codes is introduced. V Sverdlovsk regionFor example, this measure was planned from November 8, and now the deadline has been shifted to October 30. In this region, from October 30, mandatory self-isolation will be introduced for citizens over 65 and those with chronic diseases.

The “tourist regions” are prepared for the influx of tourists, as Russians like to travel on long weekends. Coronavirus restrictions are being introduced or have already been introduced almost everywhere. Basically, this is a requirement to present a QR code when limiting excursions and public events.

The region is not closed for visiting tourists, but at the same time it is possible to check in hotels, guest houses and hostels in the region only upon presentation of a QR code on vaccination or a certificate of a negative PCR test for coronavirus. wrote on Facebook Minister of Culture and Tourism of the region Andriy Yermak. The test must be done no earlier than three days before the check-in date.

The head of Crimea announced non-working days on the peninsula 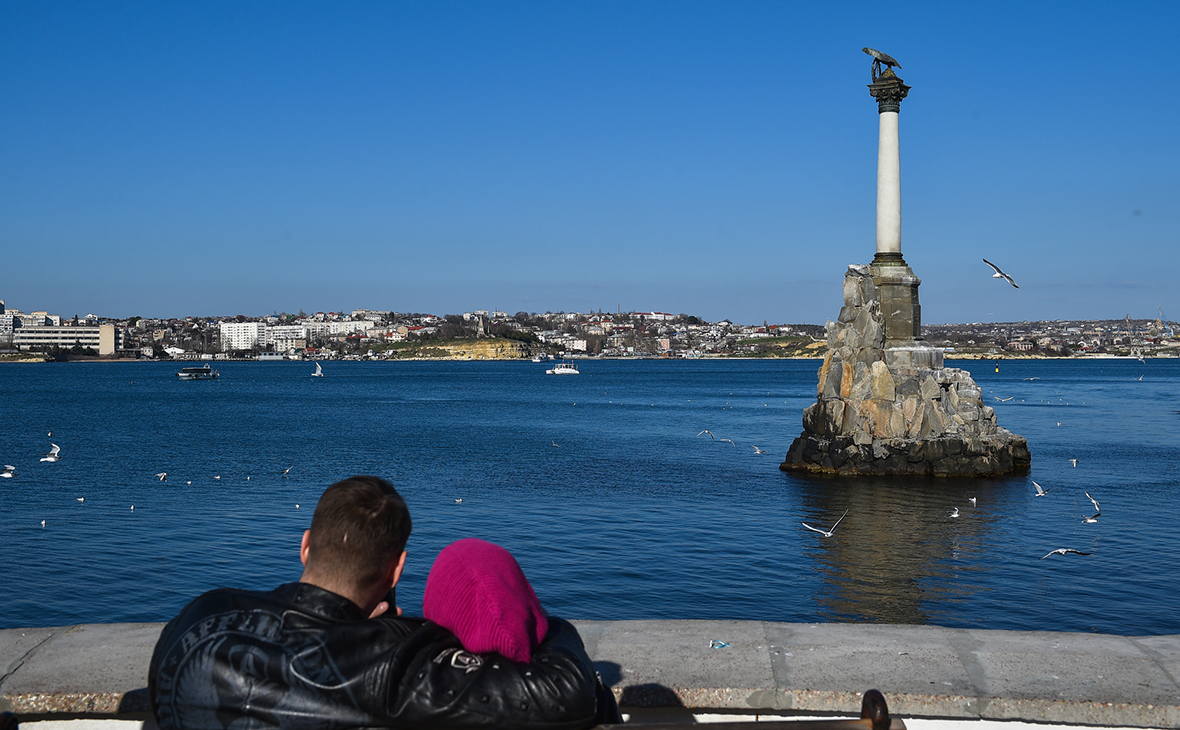 In also the region suspended leisure and cultural events. An exception was made only for theaters, philharmonic societies and concert halls with occupancy of up to 50% of seats. There is a mask mode in public transport.

Bus tours with the participation of unvaccinated or not having a negative PCR test, as well as walking tours of more than 15 people are prohibited.

Additional restrictions for residents and tourists introduced on the peninsula from October 25 and “until further notice.” At the same time, upon entering Crimea, a certificate of vaccination or negative testing for coronavirus will be required.

Booking and accommodation in sanatoriums and boarding houses of the region – only upon presentation of a certificate of vaccination or a QR code received through the portal of public services. Upon check-in at the hotel, a certificate of COVID-19 postponed less than six months ago will also be accepted. Hotels are also advised to require PCR tests from customers received 72 hours prior to check-in.

The same documents will be required when visiting catering establishments, excursions, discos, clubs, hairdressers and fitness centers. In the regions, mass events, mask mode and requirements for observing social distance are prohibited. 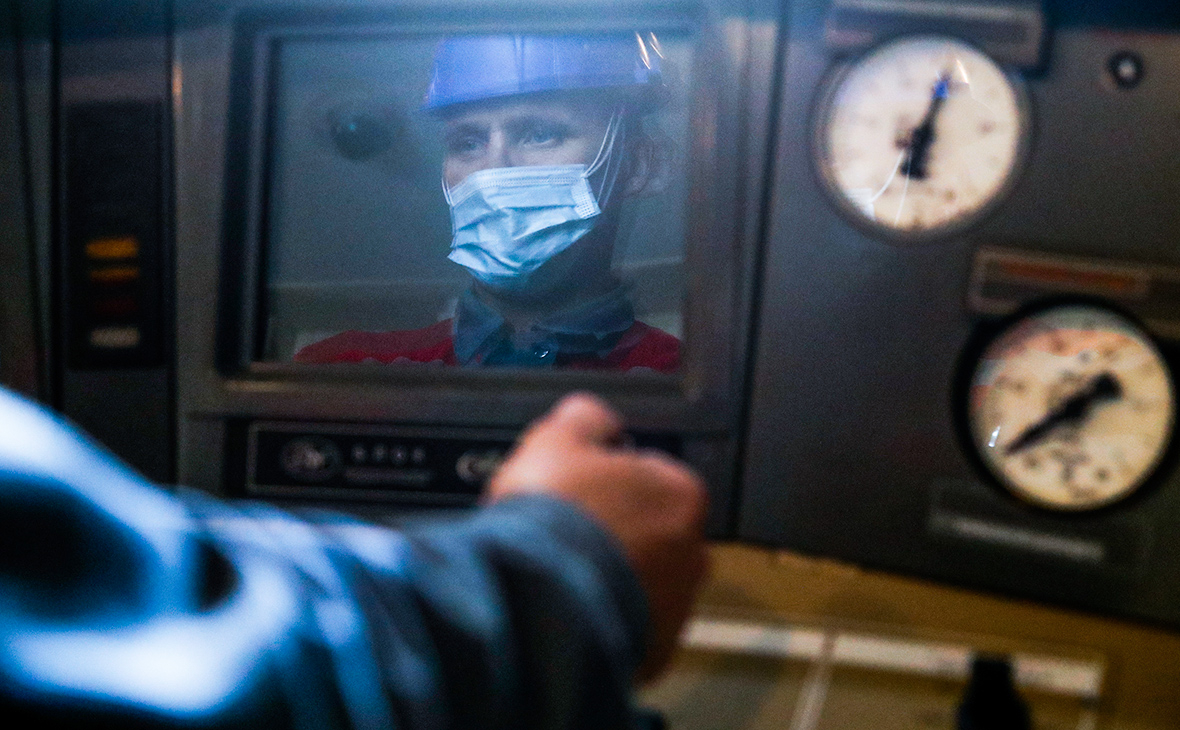 Travel industry employees are prescribed to be vaccinated. Halls in entertainment establishments can be filled by no more than 50%.

In the region, for the period of non-working days, the holding of public events is limited and a system of QR codes is introduced. How wrote in Telegram, the head of the region Veniamin Kondratyev, QR codes will be required from October 30 to November 7 to visit restaurants, cafes and other “leisure facilities”, but only in resort cities.

The authorities of Sochi, in particular, are preparing for a significant influx of tourists on the November weekend. How wrote Mayor of the city Alexey Kopaigorodsky on Telegram, the load is more than 75%, sanatoriums – about 90%. “One-time loading of the resort sphere of the city will exceed 120 thousand people,” he said. 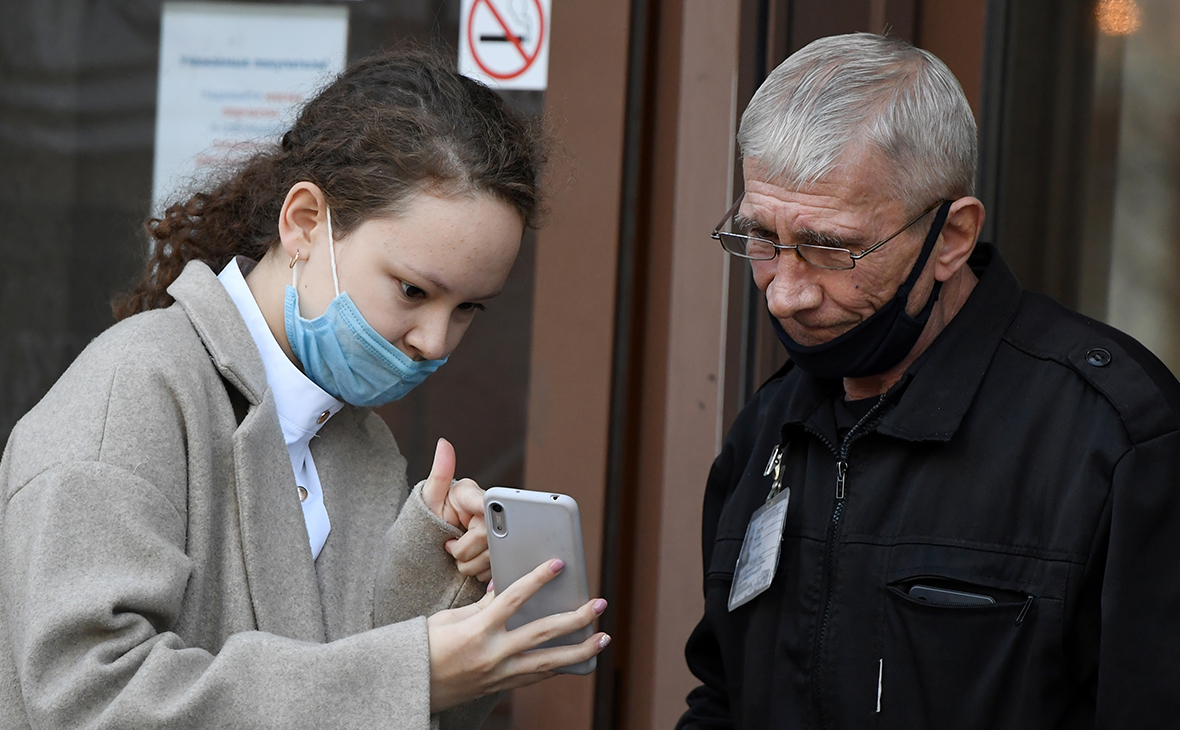 The decision to tighten quarantine measures was accepted October 18th. According to the order of the Governor Alesandr Beglov, from November 1 in the city, it is necessary to present QR codes to visitors of public events. Then there will be visits to theaters, circuses, concerts, cinemas, museums and exhibitions organized by groups of children and adolescents.

From December 1, QR codes will be needed for visitors to cafes and restaurants. 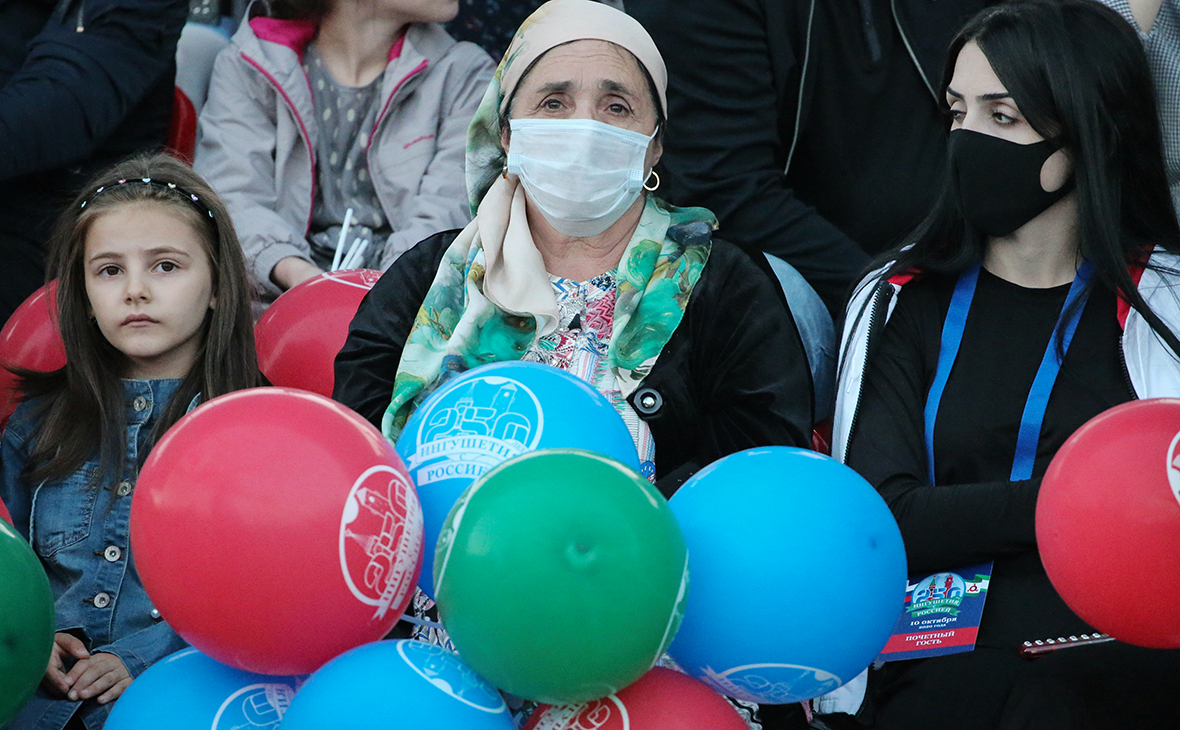 Regions of the “Golden Ring”

V Kostroma region October 21 expanded a list of places where they will be allowed only by QR codes. From October 30, in addition to catering, museums and venues for public events, a QR code will be required to get to shopping centers, beauty salons, hairdressers. Vakha was also able to settle only those who were vaccinated or had recently been ill. Foreign citizens are settled upon presentation of a negative PCR test.

Peskov said when Putin is revaccinated against COVID-19 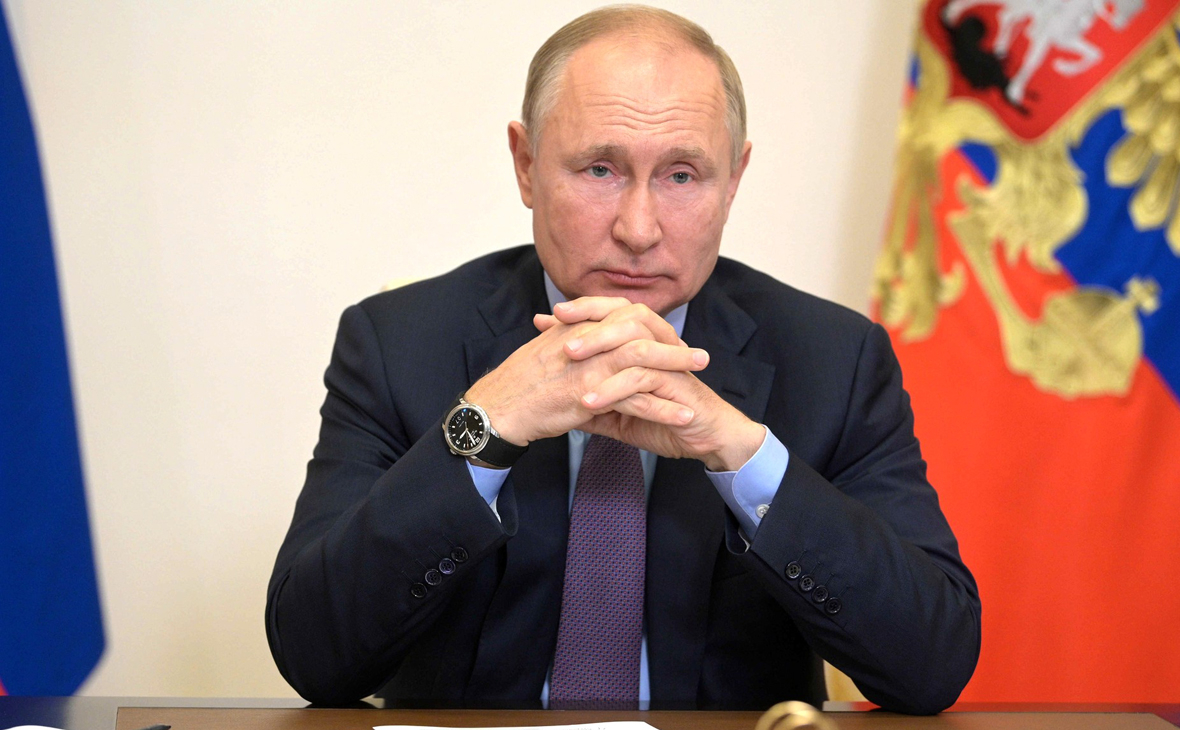 V Ivanovo region similar requirements will enter effective from October 29. Additionally, during non-working days, a ban is imposed on the servicing of organized groups of buyers from other regions by trade enterprises.

In Vladimir region from the beginning of October acts a ban on holding mass events with more than 500 participants. In this case, only vaccinated participants are allowed, who can confirm their status using a QR code or a certificate of vaccination. A certificate of the transferred COVID-19 is also accepted for access.

Authorities Yaroslavl region the tightening of restrictions and the introduction of QR codes have not yet been announced.

Russia and Belarus are working on repelling an outbreak from abroad – Belarus: Former USSR: Lenta.ru

‹ Robbery at a jewelry store in Athens: 22-year-old and 20-year-old arrested › “It’s starting to get painful”