Wind in Prague: Problems at the airport and public transport, a tree fell on a woman in a car

The woman who was driving around Argentinská Street in Prague’s Holešovice around noon was extremely lucky in the accident. The wind blew a tree on the road, the woman standing in a column with her car had nowhere to go. “I drove and said to myself that it was high time to get home, park the car and not get anywhere. Then it started to crunch and I already had it on the hood. I would add it if I could, but it didn’t work, “she described Bleska. Fortunately, it was not the strong trunk that fell on the car, but “only” the branches. “I’m fine, I’m fine. Now I’m waiting for the police to have a record and to be able to claim insurance, “she added.

She is not alone with the problems – due to strong winds, firefighters intervened by 12:30 in fifty cases, and more are added every minute. “Now we are currently intervening, for example, in Zenklova Street, where part of the roof has become loose,” said the spokesman of the Prague fire brigade Martin Kavka. The tree also fell on a car in Omská Street in Vršovice, in which, fortunately, according to Kavka, no one was sitting. In Šafaříkova Street, the wind blows the roof, tiles and sheets fall on the road, and scaffolding falls on the Fruit Market in the center of Prague, Kavka warns.

Problems are also reported by Prague Airport, where it is the strongest. “Due to strong winds, it is not possible to build boarding bridges or stairs for arrivals and departures. Currently, the traffic restriction applies to five lines. Passengers from arriving planes will remain in their seats on board the plane, “the airport said on Twitter. “The strong wind warning at the airport is valid until 15:30. Until then, traffic may be restricted. The limit for the addition of bridges is a wind speed of 100 km / h. All airlines that are now in the air will receive information that they may have difficulty checking in in Prague, “he added. Prague’s public transport in trams and railways is also experiencing difficulties.

The strongest gusts will come in the afternoon

The wind intensified during the morning in Prague. “At noon, he reached a speed of 93 km / h in gusts of speed in Prague-Ruzyně, up to 80 km / h in the center of Prague,” meteorologist Dagmar Honsová described Blesk. In one afternoon, the gusts of wind in Ruzyně reached a speed of 104 km / h, and in Prague-Karlov 100.8 km / h. According to Hons, the strongest gusts are expected during the morning, and the wind should weaken after five in the afternoon. “The windy weather below brings deep pressure, which writes us from the north and brings a great pressure gradient over the old continent,” she explained. 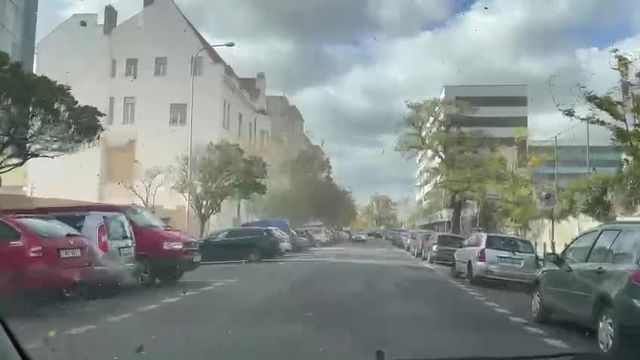 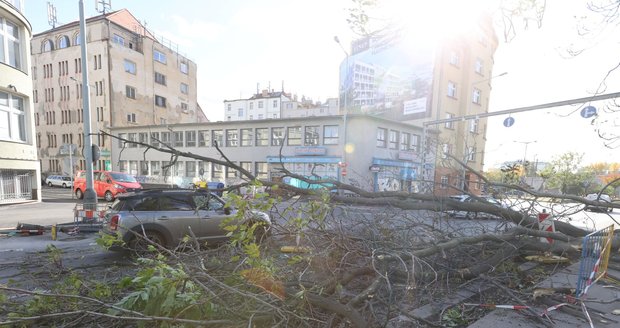