What Prague looked like in the Middle Ages: The harsh hygienic conditions were borne by the poorest

Bethlehem Chapel on an engraving from the 18th century

The same was true for medieval Prague as for most cities of the same size. Even though it was already known and beautiful, it was dirty and diseases and epidemics were rampant. It was somewhat different “at the court”, ie among the rich, than in the castle grounds. However, not much is known about how it really happened in the medieval courtyard.

Prague eventually became a city and a center at the end of the 9th century. At that time, the Přemyslids lived here, who began to build the Czech principality.

The town was traditionally built around the castle

The developing fortifications on both banks of the Vltava surrounding the Přemyslid fort and later the castle were transformed into a fortified high medieval town in the 13th century. However, Prague reached its greatest expansion after Charles IV moved here, choosing the city as his seat. At that time, Prague experienced expansion and all-round development, even then it was the capital of the Roman Empire.

But then the Hussites came!

Václav Hollar created a view of Prague according to his drawings from a visit in 1636Source: Václav Hollar / Creative Commons, free work, https://creativecommons.org/publicdomain/

The position of the city changed completely during the reign of the Hussites. Prague gained a completely different meaning during the Hussite storms, when the Prague Hussite Union was one of the most important political parties in the country.

In particular, Prague lost its acquired political position at the beginning of the modern age after the unsuccessful uprising of 1547. Culturally, however, the city developed to regain fame during the art-loving Rudolf II, when it again became the capital of the empire.

A merchant settlement in the area of ​​today’s Malá Strana has already been documented from the 10th century. The oldest medieval building is then built in 926, the rotunda of St. Vitus at Prague Castle, where 12 years later the remains of Prince St. Wenceslas. Vyšehrad was founded in the second half of the same century.

The influence of Christianity is growing, Prague also became the seat of the diocese and the first monasteries began to be built here (Břevnov Monastery, George Monastery). In the basin below the castle, gradually beginning settlements grow and unite in one big city. In 1172, Judith’s Bridge was completed. The Old Town was completed in 1230; united several villages and was surrounded by walls. At the same time, Hradčany was established across the river.

In the High Middle Ages, as we have already mentioned, Prague achieved, thanks to Charles IV. its greatest expansion. 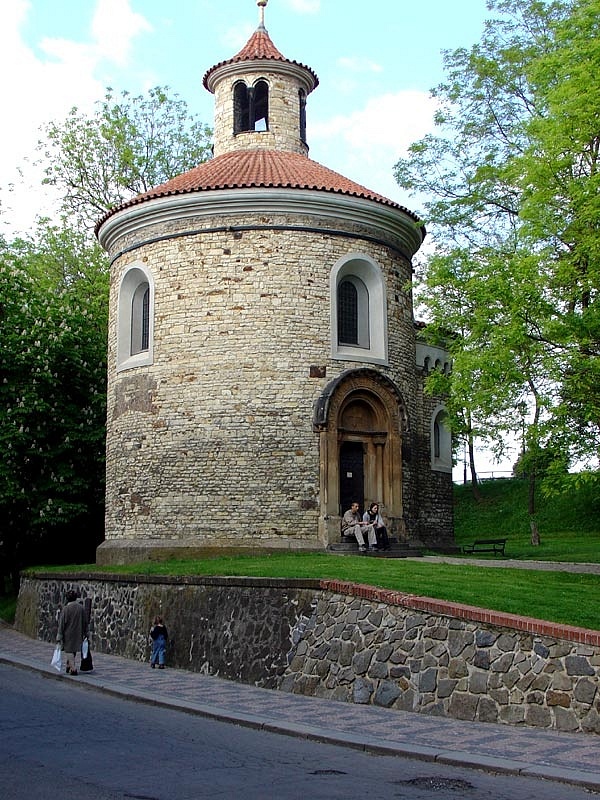 But how it went at the court is still not very well known.

“It turned out, however, that the medieval court was not only a tool of administration and that court life did not take place only at the political level. In everyday rhythm, on the other hand, he created and shaped court culture. The exercise of power took place against a background of ceremonial rules, thoughtful symbolism and countless rituals. Weekdays alternated with festive moments that brought highlights both in the life of the individual and the whole society. The power, brilliance and spiritual charge of the court not only attracted social elites, but also gave space to scholars, artists and often to individuals from lower social classes. ” 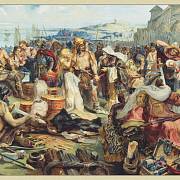 Prague as the center of the slave market: How much did a man, a woman cost and what happened to them next?

… Against life in the castle grounds

In the castle grounds, however, there was also an incredible smell and dirt in Prague – the “ideal” environment for diseases and epidemics, which abounded. People lived in very poor and simple conditions today – hygiene in the sense of the word does not exist. In cities, it was far worse than in the countryside – water often smelled or was not available at all. People didn’t wash, or very rarely, so the streets looked awful. Sewage was often poured only from a window right onto the street, where a large part of the poorest residents even lived.

Ubytovna Prague 6: A thief with sailcloths stole cigarettes and money