It is almost such a Czech custom. Politicians get together, ribbons are cut, celebratory words fall, builders, designers and heads of state organizations are appreciated. And only at the end, if at all, will it be mentioned by the way that almost the entire construction was financed from European Union funds. It was no different just before the elections, when the completely renovated D1 opened after many years. 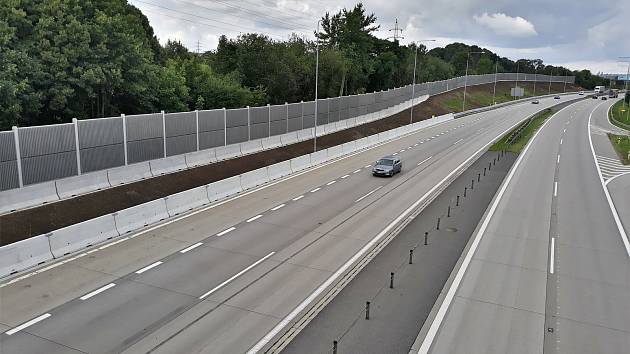 Noise barrier along the D1 motorway.

| Photo: archive of the Directorate of Roads and Motorways of the Czech Republic

“Thank you to everyone who is trying to build a completely new D1 highway Prague-Brno, and I also thank all the drivers for their patience. The amazing work of all the builders who, during construction during operation, showed incredible courage and often risked their lives. I really appreciate them, “said Prime Minister Andrej Babiš, who is now in charge of the last section of the motorway, at the beginning of October.

The only reminder of the European Union’s share was a remote photograph of a billboard (see photo) on Babiš’s Twitter, which further informed about the share of EU funding in the construction. Even in the official report of the Office of the Government of the Czech Republic, there was a very brief mention of EU funds at the very end.

At crazy gas prices, Russia may even recover the economy too quickly

The European Commission’s office in Prague therefore issued a report recalling this share: “Since 2010, 436 kilometers of motorways have been built or modernized in the Czech Republic, of which 335 km were co-financed by European funds. In the last ten years alone, the EU has donated CZK 68 billion for the construction of Czech motorways, “wrote the Commission’s office. “CZK 16 billion went to the repaired D1 from the EU. The Union has thus contributed to the modernization of 136 kilometers of motorways out of all 164. Money from the EU also goes to the construction of the D3, D6 motorways and other key transport arteries. In most cases, it covers 80 percent of the project costs, “she added.

We show fewer ads to subscribers and offer them more reading. In October, in addition to selected subscriptions, the free e-guide Zázračné Česko.
Subscribe to Deník.cz. Vice here.

‹ Diplomatic power the most important part of Greece – News – news › Prague Zoo: A woman has already bequeathed 17 million, her girlfriends wrote to Bobek