Jiřího z Poděbrad: The revitalization project will be financed by the municipality, work will start in a year

The second half of 2022 According to the Mayor of Prague 3 Jiří Ptáček (TOP 09), it should be the time period when the complete revitalization of Jiřího z Poděbrad Square will begin, whose dominant – the Church of the Sacred Heart of the Lord – is the depth not only of Vinohrady, but the whole of Prague, if not Guild. The building of the architect Josip Plečnik is included among the national cultural monuments.

A hasty solution for the communists

Similarly in terms of significance, the mayor also talks about the square. “It’s about a socially important meeting place for the inhabitants of not only Prague 3 and neighboring Prague 2, but all Prague residents in general, “The mayor told Blesk. “There are various big events outdoor cultural events, from vintage to farmers markets, while it is known that the square is not completely adapted to them. An example is the market, which is located in front of the elementary school building, which is not a happy solution. “

According to Ptáček, the current appearance of Jiřího z Poděbrad Square was given at construction of the metro station of the same name, which came into operation in 1980. “It is known that the adaptation of the square was created in a great hurry, as evidenced by the establishment of an unused turntable or similar elements.”

There are more shortcomings in the current appearance of the square. Two years ago, the locals and passers-by could also comment on them, namely via the information container, which had the Institute of Planning and Development of the Capital City of Prague placed in the square in cooperation with the Žižkov City Hall. Prague (IPR). Among the requests was the most frequent the desire to expand greenery, less paved areas or just relocate farmers’ markets. People also wanted to preserve the water element, whose future was uncertain for years.

“In previous studies, it was planned to remove it. The current project envisages a fountain in the future, “Says Ptáček, stating that it was the wish of the inhabitants. “We intend to go green to preserve AND extend. Nothing will be concreted in the square, and what will be paved will be paved with infiltration paving. Other areas will be covered threshing surface. The central path in front of the church will be widened, creating space for cultural events, and joining the fact that will move the markets in Jiřák a little further from the school. Over a hundred new trees will be planted, “Ptáček calculated, adding that the current amount for revitalization should currently be 270 million, which is the amount that will fall on the shoulders of the entire Prague budget.

“I am pleased to take the necessary helping hand for the city at this time and to undertake extensive costly reconstructions,” said the Deputy Mayor for Territorial Development. “Since the revitalization of the square is of practically pan-European significance, due to the significant construction by the architect Plečnik, we hope for a contribution from European Union subsidies. But even if there were no subsidies, the capital is applying for this investment, “He added to the project, which was developed by the architect Pavla Melková from the MCA studio together with the architect Miroslav Cikán.

According to Ptáček, the people of Prague will see the first editing work probably in a year at this time. “We assume that at the turn of this year the municipality will compete with suppliers and the revitalization itself should take place in the second half of 2022,” he said, noting that the revitalization will take place in stages. As for possible traffic restrictions, it can be expected depending on the specific stages. However, the mayor reassures in advance that he would the square was not to be hermetically sealed for car traffic during the works.

Simultaneously with the revitalization of the square, a complete reconstruction of the metro station will take place. After all, he is already working on the construction of a barrier-free elevator, which will lead from the metro to the level of the square. “If we succeed at the same time as the reconstruction of the station, which is already being carried out by Dopravní podnik hl. of Prague revitalizeyou square, it will be about exemplary cooperation and a demonstration of what such urban investment events should look like, “Says Pavel Dobeš (STAN), Deputy Mayor, is monitoring Prague for Finance and Territorial Development.

As a result of the reconstruction, the metro station should be closed for about a year, due to the planned replacement of escalators. “Most of the work on Jiřího z Poděbrad will be take place in non-public parts of stations. It will have passengers minimal impact only in the form of local occupations in the public part or in the square itself. As soon as the breakthrough approaches the station, we will start at the same time as replacing the escalators. But we will have to close the station for the necessary period of 10 months, the trains will only pass. According to the current schedule, it should be from January to October 2023, “said Petr Witowski, Chairman of the Board of Directors and CEO of the transport company.

Zizkov: A district of modern squares

Like Jiřího z Poděbrad Square, another Jiří’s square will soon have a new “coat” – this time from Lobkovice. However, as Ptáček told Blesk, the plans to revitalize public spaces are far from over with these two squares. In the early years, the Žižkované should look forward to it further adjustment.

“An architectural competition has already taken place at Jiřího z Lobkovice Square and will be entered processing of project documentation. With revitalization Tachov Square should begin next spring, in the case of Žižkov náměstí, the reconstruction concerns the upper ground floor, pwe are gradually preparing for the revitalization of Ohrady,He concludes. 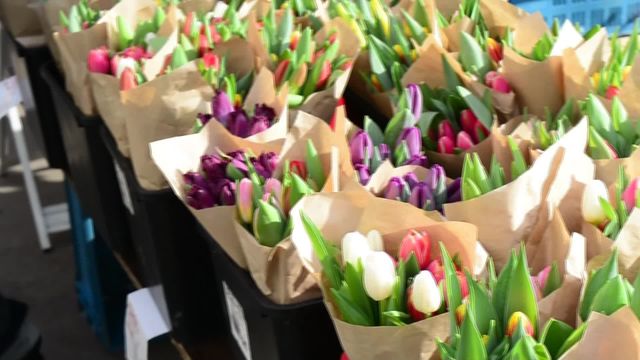 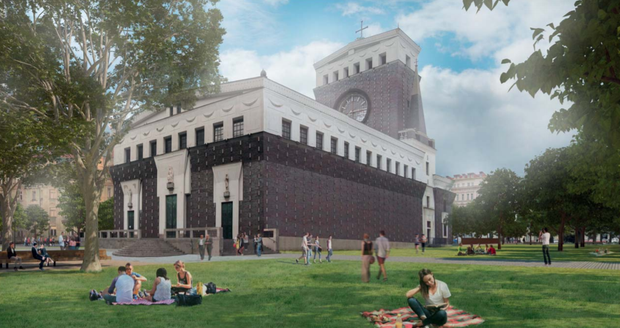 Visualization of the future appearance of Jiřího z Poděbrad Square.