A powerful storm is already passing through Lithuania: in some places lightning, in some areas – hail

Residents share the news on the Internet that dark rain clouds appeared before Jurbarkas. There is lightning, thunder, thunder. Rain is also beginning to wash away the capital Vilnius, above which there are extremely gray clouds. The storm is also starting in Panevėžys.

It is raining heavily in other areas as well, some see lightning, in some areas hail.

Due to the increased wind, restricted shipping was started in Klaipeda port on Thursday evening.

Due to strong wind firefighters, felled trees were removed 18 times

Due to strong winds, firefighters went to remove fallen trees 18 times on Thursday, the Fire and Rescue Department (PAGD) said.

“Up to 20 hours, a total of 18 times the fallen trees were removed. I would single out Marijampolė, it has been held here six times, Kaunas – five times, Klaipėda – three times, ”Dainius Vedrickas, a representative of PAGD, said on Thursday.

According to him, 17 cases were recorded when removed from the carriageway, one – from cars.

According to a PAGD spokesman, firefighters are currently responding to 10 more calls.

According to him, the number of reports of strong winds should decrease at night and increase again in the morning.

“The movement is less intense during the darker hours of the day, it can be reported, but they do not reflect real cases. (…) For Paris, when people move to work, those messages will increase, that is the forecast, ”said a representative of PAGD.

The Facebook group “Weather and Climate in Lithuania”, curated by professionals, announces that currently about 753 electricity supply disruptions are recorded in Lithuania, mostly in rural areas.

“The whole of Lithuania is blinking. The map of all faults is not visible, there are 753 in total, but as usual most faults are detected in rural areas, when a heavier branch falls on the power lines or the whole tree breaks. True, there are quite a few failures in the western and northern parts of Lithuania. Most of them are about Kaunas and elsewhere in Central Lithuania, ”the record says.

Shows where the situation is worst

According to the data of the Hydrometeorological Service, winds of 18-23 meters per second in the south-west and west will prevail in places – up to 27 m / s, in the seaside – 28-32 m / s. The lowest air temperature at night will reach three to eight degrees.

The Road Administration warns the driver that in case of strong winds, there may be fallen trees or fallen branches on the road surface, especially in wooded areas. 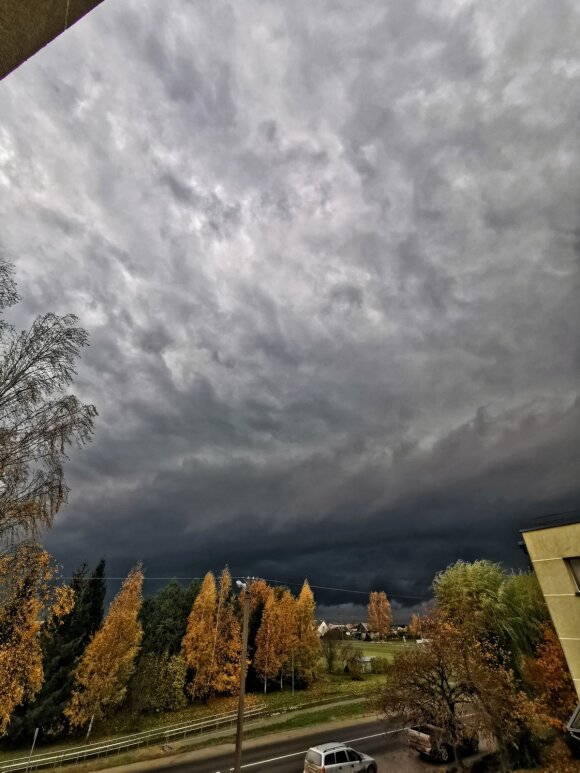 “We warn that when strong winds blow, large trees break, their branches fall, buildings of weak construction collapse, and loose equipment is overrun. In addition, communications and electricity supply may be disrupted, ”the report said.

The municipality advises to stop loading works with cranes in case of strong winds, not to work with open fire, to strengthen temporary buildings, structures, mechanisms, temporary structures, equipment. 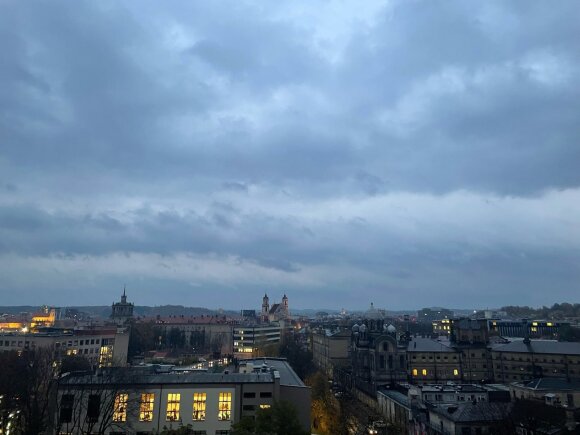 Also – tightly close windows, doors, skylights and other openings, remove items from the balcony that could be lifted by the wind.

“Residents, stay indoors. Do not stand under tall trees, near power lines, do not park cars under trees. If you live in a village, behind dams, house doors, windows, shutters. Have a flashlight, spare parts, radio, candles at home. Do not leave your place of residence without a special reason, ”the municipality warns.

She also advises not to forget the neighbors, to take care of people with disabilities, single grandparents or young children, to spend time without parents, and to call the emergency number 112 in the event of an emergency.

This year, firefighters rescued over 2 thousand. times, trees and branches that had fallen on roads, cars, houses, or power lines had been removed. Most of such works were performed in Vilnius, Kaunas, Alytus, Utena and Klaipėda counties.

DELFI readers, have you captured the storm cloud or the effects of the storm? Email p. [email protected] with the note “Storm in Lithuania”, also indicate where it took place.

UAB “BNS” agrees to publish, quote or otherwise reproduce the information of the news agency BNS in the media and to be on the websites.

Is Lithuania a fairytale city? The illuminated Christmas tree in Jonava is not alone in welcoming the holidays

After the archives of the Ministry of German Affairs were opened, the facts about the treatment of Lithuania abroad became clear

The prisoner who won against Lithuania in Strasbourg promises a new fight: 12 euros is a mockery

‹ Turkey’s initiative yielded results! saledu › Johnová (Prague to herself): We want to allow people to leave this world with dignity