The database of important Prague trees is already working more than ten years. The Prague Trees website, on which all important tree species can be found, was founded in 2010 by an enthusiastic dendrologist Aleš Rudl. 318 trees have to be mapped out all this time and he does not stop in his work. Last time, 5 new trees were added to the database and each of them deserves some attention.

Dendrologists, representatives of city districts and the general public participate in the selection of trees. Each tree is then evaluated not only from a natural but also from a historical point of view. “The criteria are very broad. Clear parameters such as age or height are enough, it’s more of a message, which tree bears. This is safe for us, “must be the founder of the website Aleš Rudl.

As many as 3 out of 5 newly included trees grow in Prague cemeteries. “Two overhanging beeches in the Ďáblice cemetery now belong to the existing unique giants. Solitary beeches with an interesting character of growth, whose overhanging branches reach to the ground, are the pride of the Ďáblice cemetery. Beyond its imposing appearance is one of the first woody plants that were intentionally planted during the establishment of the second largest cemetery in Prague, ”Describes Rudl.

Another cemetery tree grows in Olšany cemeteries. This time it is a huge ash tree and it was discovered thanks to a survey in Prague 3, which is looking for the most beautiful tree in the city district. “Ash is a remnant of the original vegetation before the establishment of the Olšany cemeteries and is theirs the largest tree. The tree remembers the founding of cemeteries, which took place as early as 1835, and became a natural part of them. It is especially remarkable for its monumental height, “says Rudl. The estimated age of the tree is a respectable 150 years

Another interesting tree is solitary with ginkgo standing on the border of the Malešice housing estate. Its history is quite incredible. The tree remembers the famous rock gardening of Čestmír Böhm, which was founded in Malešice as early as 1925. According to Rudl, it functioned until 1961, when it had to give way to the construction of a housing estate. Jinan survived this complete transformation of the whole area completely unexpectedly and continues to grow happily.

The last of the newcomers is a solitary lime tree on Barikád Square. The tree was planted here on October 28, 1968 to commemorate the 50th anniversary of the Czechoslovak Republic. The linden of the republic was then planted by the director of the local primary school, Oldřich Jakl, together with the pupils and the teaching staff.

This summary list may be similar to enthusiasts like Mr Rudl and may serve to go, for example, for a walk on Prague’s important trees. Unlike memorial trees, they are not marked in any way and you can easily miss them. At the same time, most of them have a really interesting history that is worth noting. 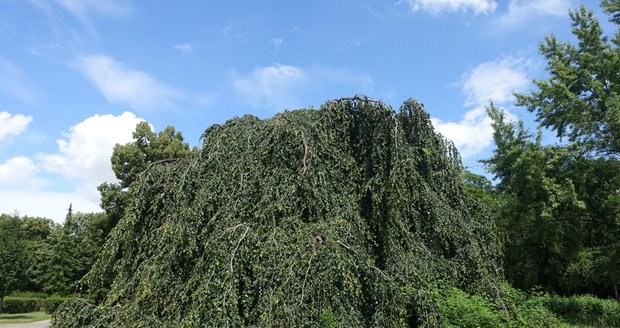 Overhanging beeches in the Ďáblice cemetery

Alcohol tourism is looked at by a special unit of the website, to the mayor of Prague 1

We are not afraid to interfere with nature and that is a good thing, says Praha

‹ Berlin concert: Shawn Mendes live 2022 – What fans need to know › Hoteliers warn of bureaucracy – “I fear that on October 24th chaos will break out”