Julius Korostelev is the first Russian in Juve and Atalanta. Talent saved him from the war, but the character sent him to the lower leagues as early as 26 – Dry leaf – Blogs

But he became a legend for Parma.

August 29, 1999 is the main date in the history of “Regina”. On this day, the club entered the field for the first time in Serie A, stubbornly dug in against Del Piero and Zizu and took away a draw from Turin. At home, she was celebrated as if they had won the title.

On the day of the match, a respectable tall old man entered the hotel where Regina was staying. He pushed the fans aside, stopped in front of the team and said, “I’ve been waiting for you in Serie A all my life. And I just wanted to thank you. Let me introduce myself: Julius Korostelev. “

No one recognized him, maybe not everyone remembered, and certainly did not understand that a high-profile date meant even more for him than for a small Calabrian club. Julius Korostelev was the first Russian in Italian football. Four decades earlier, it was only the betrayal of a team-mate who supposedly gave up the match that prevented him from taking Regina to a higher league. And even earlier he was the second scorer of Juventus.

Talent saved Korostelev from the war. He played in the style of today’s finaliters wingers and ran at the level of Olympic track and field athletes. 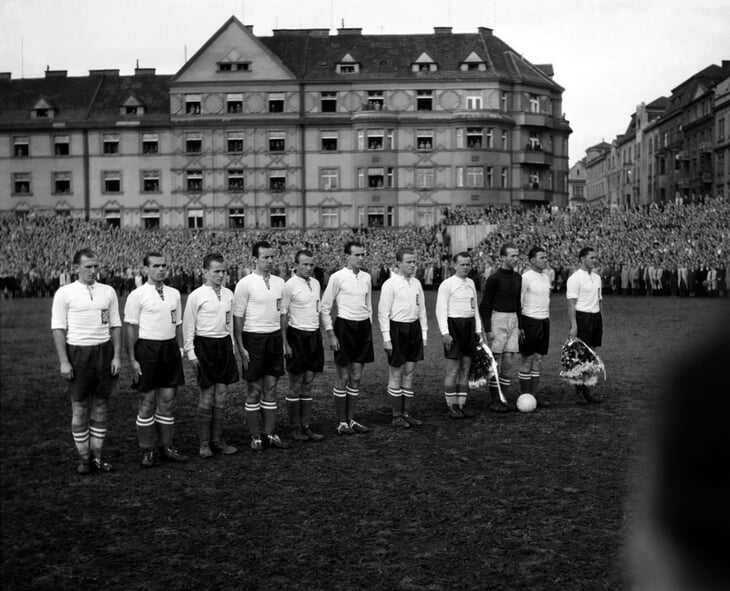 The father of the future football player grew up in Kaluga, his mother in the Crimea. When the First World War smoothly spilled over into the revolution, the couple packed their things and moved to the West, away from the communists. Their son was born in Czechoslovakia – and therefore grew up not as Ulyan Korostelev, but as Julius Korostelev.

The early 40s were not the best for starting a career in Europe, but Julius was lucky: while the world was on fire, he played football. At the age of 19, the winger scored 21 goals in 14 matches and brought Martin into the first league, in 1943 he was still drafted, but in the match between the regiments he caught the eye of the Bratislava coach and instead of serving he ended up in the best team in the country. By the end of the war, 22-year-old Korostelev was considered a rising star.

“Julius was a tall, lean bachelor who did not take his eyes off him,” described Martin striker Rad Burian. – He didn’t like to work a lot in the game, he was just waiting for a suitable pass, but when he received it, he always sent the ball into the goal. His punch was one of those acquired not by training. But he developed it to the utmost. He had a gift for completing attacks, but Julius knew he had to work on talent. He brought the desire to prove the impossible to the point of absurdity: to put goals from the corner flag on the stream ”.

Stylistically, Korostelev is more reminiscent of today’s hammering wingers than old-school front-to-front runners. He opened diagonally from the other side and attacked the blind spot behind the backs of the center-backs, changing the approximate attacking pattern, the coaches tolerated unformatted because of the outstanding efficiency: coordination and a firing shot in touch turned each into a potential goal. 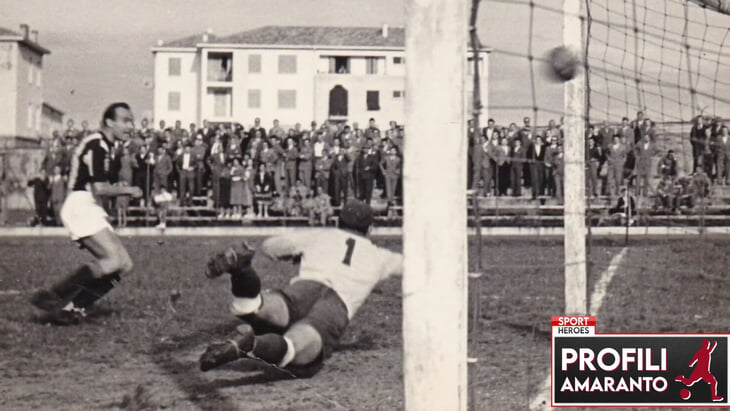 The second style-forming quality was speed – both starting and distance. After moving to Juventus, Il Calcio Illustrato stated with surprise: “Korostelev eats 800 meters in an amazing 2 minutes.” Such a time guaranteed the winger qualification for the 1948 Olympics (the winner ran 1.49), but he liked football better. Korostelev’s athleticism and kick changed the game, and the teams adjusted to him – they loaded the diagonals from right to left, bringing the unique winger to the far post.

During the year at Bratislava, Julius scored 23 goals in 22 matches, and although information did not spread quickly in those days, this talent did not last long in the provinces. Derby County was the first to hit the player. After the war, the British made a tour of Czechoslovakia and saw Korostelev in one of the matches. By the fall of the 46th, they had prepared an offer – but did not have time.

At the same time, Angelo Foresto flew to Czechoslovakia. He traded in night food and owned a club in Prague, was also interested in football and was friends with the bosses of Juve. The club was just looking for a winger, the businessman returned to Turin with impressions of Korostelev’s game. A few weeks later, Gianni Agnelli laid out 200 thousand crowns. He paid another 100 thousand for Slavia midfielder Chestmir Vytspalek. 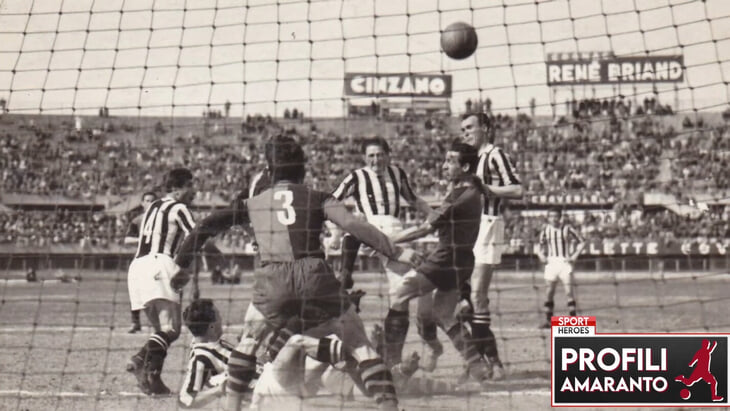 “They changed restaurants twice a day, were insatiable both in rest and in the game,” recalled the newcomers, the classic of Italian journalism Vladimir Caminiti. – Chestmere came up with unusual programs and was the first to run to congratulate a friend. Korostelev always remained hungry, especially for goals. “

Juve has assembled a very powerful line-up. Carlo Parola turned defense into art. World champion Hugo Locatelli was considered one of the best passer in the 40s. Alongside the game is the inventor of the punch and the top scorer in Italian history – Silvio Piola. The 18-year-old Boniperti was coming off the bench.

Agnelli spared no expense in overthrowing Grande Torino. Vytspalek and Korostelev were the final graceful touch, bright versatile flanks in a team with a great center axis. Juve seemed ready to fight for the title.

Signora started with 7 wins in 10 rounds. “Torino” found itself in an unusual role of a catch-up. In the 12th round, Juve smashed Inter 4: 1; Korostelev made his second double of the season. By the end of the first lap, the team was in the lead.

But Juve couldn’t keep up the pace itself – and the first Russian in Italian football never became a champion. Turintsy started the second half with the defeat of Atalanta (Julius again made a double), and then lost four matches in a row. The competitor came off by 6 points. At a time when 2 points were given for a victory, this was almost never recouped.

And so it happened. Juve pulled himself together and delivered a 5-match winning streak (Korostelev scored in every game, his goals were decisive three times), but Torino remained unattainable. Signora finished the season second. Korostelev became the club’s second scorer – with 15 goals in 30 matches.

Korostelev’s career was spoiled by character and injuries. He became a legend of “Parma”, and after became one of the creators of the great era of “Juve” 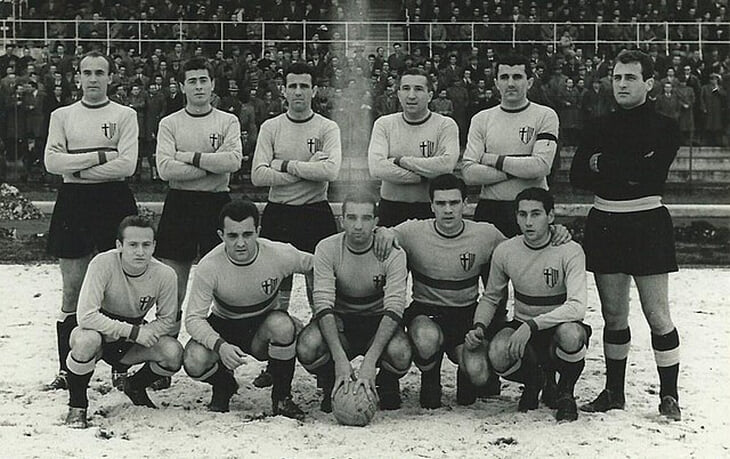 Unfortunately, there was no continuation. Boniperti’s progress and the missed title provoked another restructuring. Coach Renato Cesarini conceived a transition to a more centralized game and asked Korostelev to perform the classic kraik without crown displacements. He refused in the summer of 47 and left for Atalanta in exchange for Francesco Cergoli – far from being as productive, but more accommodating.

This was the end of Korostelev’s great career. His tough temperament and constant injuries quickly turned him into a rotation player. In two years at Atalanta, he played 36 matches, left Serie C for Regina – not for long, of course, just for recruitment – and never returned to Serie A.

So the history of the Russian Slovak fell into two stages. At the age of 26, he suddenly found himself on the sidelines of big football, but did not lose his head and soon turned into a minor league star. In the 1949-50 season, he scored 17 goals in 34 games and almost brought Regina to Serie B, but in the decisive match the team inexplicably failed against a direct competitor – Sicilian Messina. The city launched an investigation, but it did not lead to anything serious; the player suspected of abandoning the match boarded a ferry to Sicily and disappeared.

Korostelev returned to the north and was the leader of Parma. For several years in a row, he was among the top scorers in the Serie, raised the team to the league higher and managed to ignite in Serie B before injuries finally stopped him. After 32, he barely played and finished with 95 goals in 233 appearances in Italian football. Julius is still in the top seven scorers of Parma – along with Gianfranco Zola. 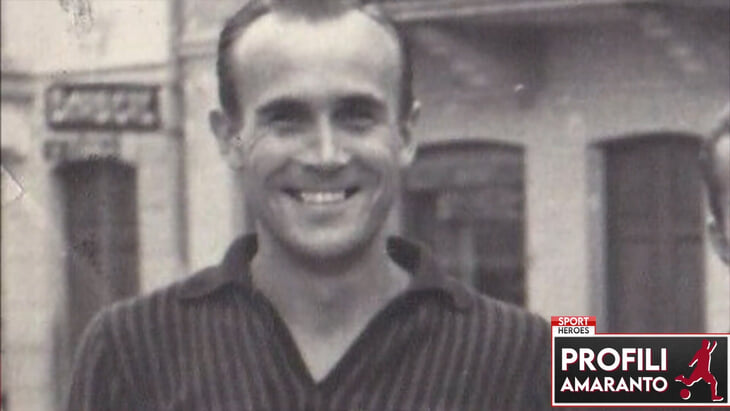 The Slovak stayed in Italy and began his coaching career almost immediately. A few years later, he took charge of Juventus, but did not stay long.

Remember how Allegri alternated between draws and defeats a month ago, and this start was the worst for Turinans in 50 years? The previous failure happened just with Korostelev. His Juventus started the 1961/62 season with a draw at Mantova and a loss to Padova, and Agnelli’s patience ran out at once. The club was headed by Carlo Parola. Korostelev became his assistant and technical director at the same time. He worked as the main one for exactly two matches.

He spent the next nine years in the provinces, and in 1971 he returned and in a row raised the women’s Juventus to 3rd place in Serie A. In the mid-70s, Korostelev changed his profile and became one of the most successful scouts in Italy. It was he who created the foundation of the team that won all European cups and several years ago was recognized as the best in the history of Juve.

“He and Vytspalek were responsible for finding talent,” recalled journalist and Italian football historian Giuseppe Branca. – In a sense, world champions-82 are his children. Shirea, Tardelli and Cabrini ended up in Juventus thanks to Korostelev. “

Foreign student: Estonian is difficult, but English and Russian help out – Generation P

‹ The band Poutníci will celebrate fifty years of existence with concerts in Prague and Brno › Trento: against the Bisonte Florence without Berti. Mister Bertini: “We will have to play 120%”