Vladimir Putin is betting on the development of seaports, which allows Russia to stimulate the transition to a non-resource model of the economy, experts say
Photo: Vladimir Andreev © URA.RU

Russian President Vladimir Putin in the language of the Presidium of the State Council on October 19 outlined how Russia will get off the oil and gas needle. One of the tools is a new transport strategy, which is being discussed by the participants, the URA.RU observers. The key document was the development of seaports located in 18 regions of Russia. Putin made a special emphasis on this project. 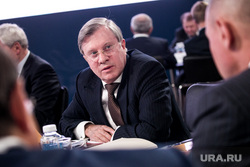 “It is important for us to reach high standards in the transport sector everywhere. – said the head of state.

The participants in the meeting of the Presidium of the State Council discussed issues of renewing public transport in the regions (on the terms of concession agreements, or through infrastructure loans), the development of the road network (construction of new, repairs and high-quality supply of supply of highways). An important issue for remote and hard-to-reach regions is the development of small aircraft, which, allowed, should become available to residents of these territories.

However, summing up the meeting, Putin separately dwelt on the development of seaports. He noted that over the past 15 years, port capacities have tripled – up to 1.3 billion tons. But of the available 67 ports, only six are maximally loaded. Russian ports are not competitive compared to their closest foreign neighbors. In the Kaliningrad port, for example, customs clearance of goods takes 12 hours, and customs travel through the region takes only 2 hours, the president said.

Another problem is the low quality of state property management. The President cited the example of the port of Vyborg, where a commercial company for several months in 2019-2020 paid Rosmorport 21 million rubles for the lease, and earned 1.2 rubles. “If we continue to manage this way, there will not be enough federal money,” Putin said. 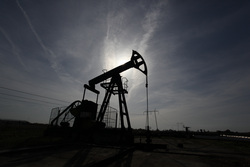 40% of the fixed assets of many Russian shipments. According to Putin, “no one has invested money in some ports on the Northern Sea Route for more than 45 years.” “In the seaport of Dikson, socially important cargo is unloaded onto an unequipped shore. An oil terminal is being built nearby. We need to do this, but why are socially significant cargo unloaded onto an unequipped shore? “The president asked.

Such attention of Putin to the development infrastructure of the leading economist of political technologies Nikita Maslennikov explains the prospect of a cardinal change in the economic model of Russia. “Seaports are the gateway to the global economy.

This is the gateway for our non-resource, non-energy exports, which is important for the transition to a new model of economic development. This year, non-commodity exports already amount to about $ 180 – a record result in three years, ”the expert explained.

According to Maslennikov, if there is a large port in the Baltic, it will compete with America and Qatar in the European energy market. The southern ports mean an increase in the level of competition in the grain and metal market. “The Far East is the gateway to the Asia-Pacific region, where the center of gravity of the world economy is shifting for the next 20-30 years. This is the main hub of world economic activity, ”the economist noted.

Without a port policy, the infrastructure for the development of the transport system, which includes all types of transport, will not be complete, believes Vladimir Klimanov, director of the Center for the Regional RANEPA. “Traditionally, there were a lot of questions in the ports: in particular, fast transportation of goods via the Trans-Siberian Railway through the whole country was restrained by long customs clearance, transshipment and other problems,” Klimanov noted. 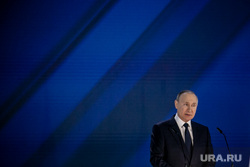 Traffic jams at the entrances to seaports are large infrastructure ports in the USSR and cannot be counted on for huge volumes of exports, explained Pyotr Kiryan, head of the Social Research Laboratory of the Institute of Regional Problems. “These are double costs for the country’s economy, since they pay Russian Railways for downtime. It is necessary to make some reserve capacity. Business is ready to invest in such stories. And it is important for him that this topic has reached a serious federal level. With proper design, the topic can get an impetus for development and investment, ”the expert summed up.

Subscribe to URA.RU in , and to our channel in , follow the main news of Russia and the Urals in and receive all the important news in our daily newsletter.

‹ Times have changed: FC Copenhagen is looking for a Barcelona player › From Vienna to Castelnuovo Rangone, the exhibition “Wittgenstein 2021” Events in Modena opens