A group of five dealers sold an illicit substance called SARM on the internet between January 2020 and July 2021. There are four men and one woman between the ages of twenty-seven and thirty-six. The dealers really “picked up” and gained several million from the sale. People from the world of bodybuilding and fitness were also involved in the unfair event.

“Criminal investigators mapped the operation of a five-member group that bought these substances in China. In the Czech Republic, it then had them so-called “encapsulated” and resold them to end users, “ Tell police spokeswoman Hana Křížová. He promoted the sale of the banned product on the Youtube channel and on social networks.

SARMs are anabolic steroids they have sale and use of doping in sports it is forbidden. Distribution and storage of these substances in your quantities is unauthorized and criminal under Section 288 of the Criminal Code. On the contrary, you can read about the great effects of substances on the Internet – the growth of muscle mass and the breakdown of fats. However, this information is not complete and is misleading.

Without the supervision of a doctor, they can have fatal consequences and cause serious health problems. Decreased sperm production, erectile dysfunction or baldness, such hormonal changes may affect men after taking SARMs.

“In women, voice deepening, excessive hair growth, and fertility problems can occur. Furthermore, there may be damage to the cardiovascular system in the form of hypertension, blood clots and also damage to the arteries, “said Křížová. Such problems can lead to heart attacks or strokes. In the long run, there is a risk of fatal liver damage.

“All members are accused of committing the crime of production and other handling of substances with a hormonal effect in the first and third paragraphs of the Criminal Code,” Křížová will provide. Accused risk for up to eight years at the base. The police appeal to the public to make people consume similar substances very wellbecause even a small amount can have a fatal effect on the human body. 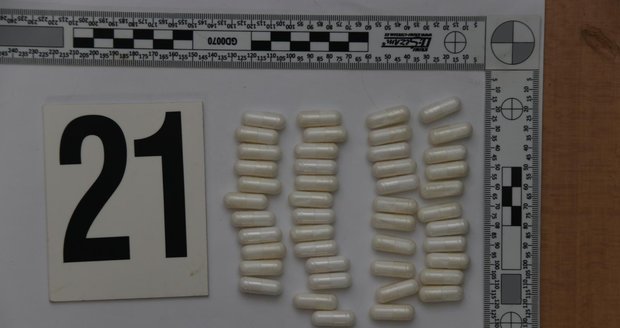