The Mbappé-Messi duo had a misadventure on Tuesday at Paris SG, winner with forceps against Leipzig (3-2), in a Champions League evening caused by the mishap of Antoine Griezmann, double scorer then excluded in defeat 3 -2 from Atlético against Liverpool.

Signed Kylian Mbappé and Lionel Messi: the attacking duo, deprived of injured Neymar, saved PSG against Leipzig (3-2) by reversing the score while the German club led 2-1 at the Parc des Princes.

In a match where Paris did not show great mastery of the game, Mbappé and Messi were enough to turn the lead into gold with a goal (9th), an assist and a penalty caused for the first, and a double (67th , 74 sp) for the second, panenka to the key.

Enough to erase the goals of André Silva (28th) and Nordi Mukiele (57th), which highlighted the defensive deficiencies of Paris. Without consequence for this time, since the PSG (1st, 7 pts) is on course to qualify for the eighth, despite a final penalty missed in the last seconds by Mbappé (90th + 5).

In the other meeting of the group, Manchester City bounced back after leaving the road at the Parc des Princes at the end of September (2-0): the Citizens (6 pts) did not make any detail on the lawn of Club Bruges (5 -1) and follow Paris at the head of the group.

Crazy match at the Metropolitano stadium! Between Atlético Madrid and Liverpool, it was finally the “Reds” who triumphed (3-2) while the “Colchoneros”, led 2-0, had managed to return to 2-2 thanks to a brace of Antoine Griezmann (20th, 34th). 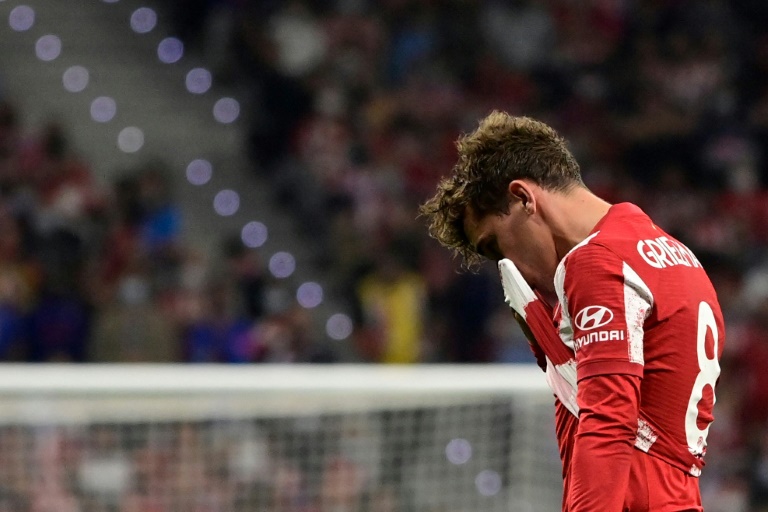 French Atlético Madrid striker Antoine Griezmann leaves the field after his exclusion against Liverpool in the Champions League on October 19, 2021 in Madrid (AFP – JAVIER SORIANO)

But the English international striker then received a direct red card (52nd) for raising his crampons to the level of the face of an opponent, struck instantly.

Liverpool then won on a penalty converted by Mohamed Salah (78th), already a scorer at the start of the match (8th).

A full card therefore for the team of Jürgen Klopp (9 pts), close to qualification, while Atlético (4 pts) will have to fight under the pressure of FC Porto (4 pts), 1-0 scorer of a AC Milan (0 pt) quite disappointing for his return to C1 after a long absence.

– Gr.C: Ajax are going straight ahead – 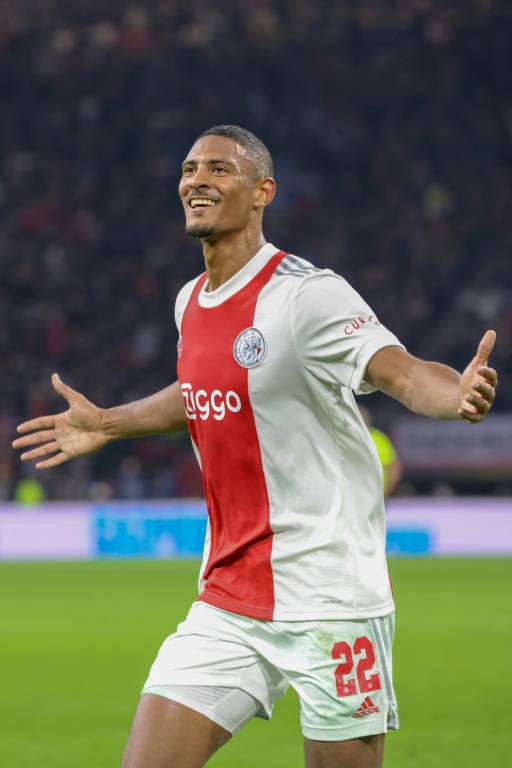 Three matches and three successes for Ajax Amsterdam (9 pts), which made short work of Borussia Dortmund (6 pts) in what was presented as the final for first place in Group C.

But the Dutch club struck four times (4-0), including a new goal (the 6th in C1 this season) from Franco-Ivorian striker Sébastien Haller, while Erling Haaland, the BVB giant, remained silent . And here is Ajax very close to finding the knockout stages of the Champions League, three years after reaching the semi-finals in 2019.

In the other meeting, which opposed the two losers of the first two days, it was Sporting Portugal who relaunched 4-1 on the field of Besiktas.

Real Madrid are doing better, and it bodes well before the La Liga clasico on Sunday in Barcelona: Carlo Ancelotti’s team, surprised by the modest Sheriff Tiraspol at the end of September (2-1), repaired the damage to costs of Shakhtar Donetsk (4-0). 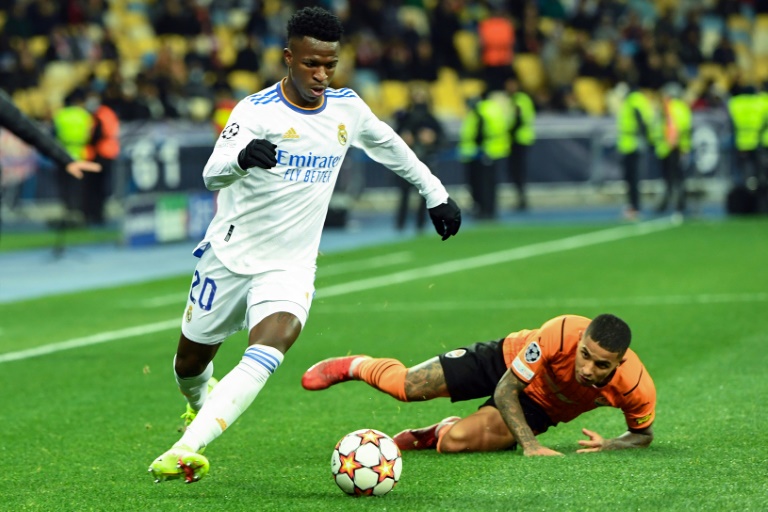 After a gag goal from the Ukrainian Serhiy Kryvtsov against his camp (38th), Real progressed thanks to a supersonic double from Vinicus (51st, 56th) then goals from Rodrygo (65th) and Karim Benzema (90th + 1), in great sporting form while he must still appear Wednesday before the French justice in the so-called sextape case.

The Madrid giant (6 pts) returns to equality with the Sheriff at the top of Group D because the small club based in Transnistria, a Moldovan separatist territory, saw its start to the season cannon come to an end on the lawn of Inter Milan ( 3-1).

The Sheriff believed in a new feat when the Luxembourger Sébastien Thil, hero against Real, scored again with a direct free kick (52nd) to meet Edin Dzeko (34th). But Arturo Vidal (58th) then Stefan De Vrij (67th) dampened the hopes of Tiraspol, allowing Inter (4 pts) to revive in the wake of the leading duo.

Paris: the Saint-Eustache church gets a touch of modernity with new designer benches

a demonstration in support of the Uyghurs in Paris