What to do in Toulouse during the All Saints holidays?

Exhibitions, treasure hunts, workshops… Here are some ideas for activities offered during these All Saints holidays in Toulouse.

Temporary reopening of the Musée des Augustins for an event exhibition

And if we took advantage of these All Saints holidays to reconnect with the Augustins museum in Toulouse. Closed for several months for works that last until 2023, the establishment exceptionally and partially reopens its doors for an event exhibition dedicated to the painter Théodule Ribot. Little known to the general public but very present in public collections in France and abroad, Théodule Ribot, free and self-taught painter of the 19th century, was admired by his artist friends such as Fantin-Latour, Boudin or Rodin. This exhibition will present around 80 paintings from France, including numerous loans granted by the Musée d’Orsay, Spain, Italy, Great Britain, the Netherlands, the United States and Canada. For the occasion, only the Augustinian church presenting the temporary exhibition space is accessible to the public.

Wind of madness in the Halle de la Machine

The Halle de la Machine has once again concocted a tasty program for these All Saints holidays in Toulouse. From October 23 to November 7, spectators are invited to revisit the history of the machines and emblematic scenes of Compagnie La Machine with the event entitled La Grande Impro. For the occasion, five “Great agitators” (Jo Dahan, Stéphane Chivot, Maxime Barnabé, Benjamin Bottinelli and Sylvain Praud), longtime companions of La Machine, were invited. Builders, dancers, actors, clowns or musicians, they invest the temple of the Minotaur for 15 days to reveal to the public how these machines were built, how they are handled and who created them.

So many artistic stories during which the public will be able to discover all the secrets of the dancing machine, of Catherine Deneuve’s machine to eat apples, of the machine to welcome the public or of the musical saw. Other highlights on the festivities menu, musical workshops will be offered, as well as a great musical weekend (23 and 24 October) with the Léguevin harmony orchestra. The following week, (October 30 and 31), Polo Loridant, director of special effects for the Company, will have the great honor of awakening the Menzimuck. Part forest machine, part spider-shovel, this machine from the show Les Mécaniques savantes played in 2008 in Liverpool, can dance or take a big agitator in its arm. 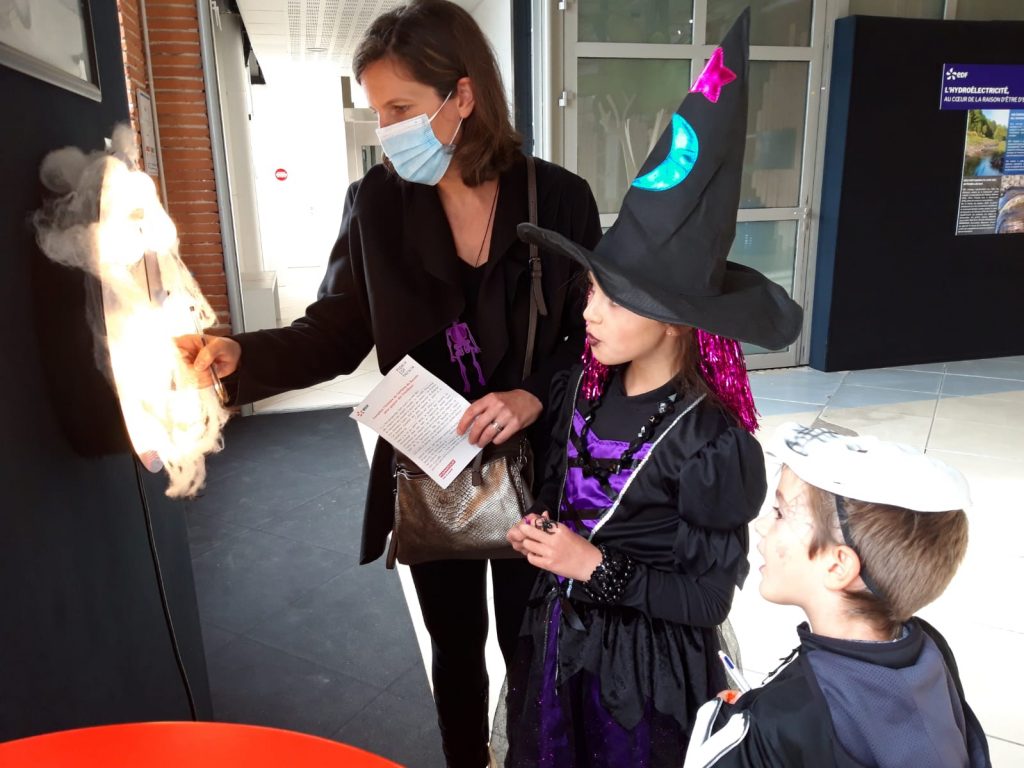 Solve in the shoes of a private detective to solve an unsolved case dating from the Bazacle mills. This is one of the fun activities offered by the EDF Bazacle space during these All Saints holidays in Toulouse. In addition to this treasure hunt for young and old entitled “An almost perfect crime”, the EDF Bazacle space also invites the public to guided tours by lantern. At nightfall, he will be able to explore the mysteries of the site with a flashlight with a mission: to find a word hidden in the bowels of the Bazacle. Finally, two exhibitions are still visible on site: “It’s heating up for the planet” by the cartoonist collective Cartooning for Peace, and “Mother planet”, by photographer Eric Cros.

Balls, concerts, creative workshops, screenings… These All Saints’ Day holidays are under the sign of witches at the Toulouse Museum. A way to extend the visit to the temporary exhibition devoted to the fascinating world of magic and witchcraft. On the program: bewitched ball animated The bewitched ball animated by Cécile B-Lassalle and the musicians, singers and dancers of the Arpan association, bewitched chants and tarantellae with the singers Chiara and Cinzia, creative workshop to produce an artist’s book leaflet, printed with engraved erasers, or even sorcerer’s apprenticeship courses to learn all about the use of magic plants. Three films related to the theme will also be screened during this period: Snow White and the Seven Dwarfs, Song of the Sea and Wonderland.

From October 23 to November 7, Toulouse museum

For these holidays, the Bateaux Toulousains offer to make the dream of many children come true of being real pirates. During a one-hour cruise on the Canal du Midi, young sailors aged 6 to 11 will find the captain’s safe stolen by one of the pirates on board the crew. On the boat, clues will be scattered to find out who has this theft. Once on board, the children are welcomed and put in the mood before being given a play kit, with a mission booklet. And let’s go for a sacred adventure in a setting steeped in history!

Toulouse: students mobilize in support of the Uyghur people

Toulouse: A Brazilian woman who traveled with 1.7 kg of cocaine sentenced to 3 years in prison

‹ Tim Bradley says Anthony Joshua is comfortable losing › Two cases of Covid-19 detected during a festival in Toulouse; the 1300 participants invited to be tested