So we finally had it! Malostranská beseda witnessed not only the baptism of their rock debut super bands Walkmanz, but also the first major concert. The frontman was the songwriter Láska, the guest was Žofie Dařbujánová from MYDY. Jiří Mádl introduced himself as the godfather.

The photos are purchased by mobile phone, so please excuse their quality – we did not have a professional photographer at the concert.

We first heard about Walkmanz at the end of 2019, when we were surprised by the single “When Love Comes”, which sounded like a return to the eighties. René Rypar (guitar), Jaro Lukáč (bass guitar), Zbyněk Raušer (drums) and Thom Fröde (vocals) are hiding with the help of members of other forms.

The second single “Spoutej” was released together with the album “MONO” in March 2020. Then came covid, who (not only) tore off many of their plans. So the twice postponed baptism will take place after a year and a half. They haven’t tried so much live play. The baptism was their third concert, but the first for a larger audience. So it was de facto baptism by fire. To make matters worse, the singer Fröde had fought with vocal cords a few days earlier. However, they are professionals, and they fought everything bravely. A funny context struck the mind in connection with the first single “When Love Comes”. She really came, or the songwriter Václav Vaňura with a guitar and a looper calling himself Love, whom Walkmanz invited as a frontman. I’ve known him since the days when he rode with the band Fruits, which left several lines together with Fröde’s home band Imodium. Therefore, their connection is not accidental at all. But those times are here. The fruit no longer plays and Imodium enjoys the break she ordered two years ago (but the gentlemen certainly didn’t pack anything – together they bought, for example, they played a month ago in the Rock Café at a music party with Žanet.). 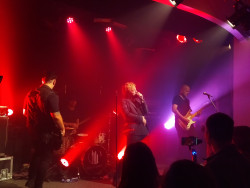 Love pleasantly surprised. He can save his singing imperfection (embarrassingly) with humor, jokes and prompt reactions. The repertoire builds on similar keys, such as Pokáč or Michal Horák, in short, lightens everyday life. But it doesn’t matter at all, it’s better to smile than to dive in. He played the hits “House”, “Hipster in Transition”, “Blue from the Sky”, in which he also involved the present visitors, and then “Ham & Sex”. The Rock bomb was detonated by Walkmanz after nine in the evening. They need to be together for a while and don’t have such a rich repertoire, they played the whole record. But after the release of their debut, they are not lazy, so they introduced the new single “Mercury” to the premiere. Which is a good sign that they’ve settled down musically and humanly, and that it’s not just a project to release one album. 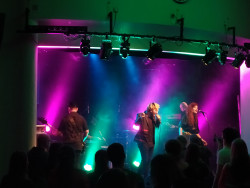 The actor and director Jiří Mádl christened it again (for the first time it was online). He is mainly connected to René Rypar, the author of the project with which he collaborates and who (not only) makes film music for him. Mádl came up with the words: “Hello friends of hard music …” Which really sat, it was sharp, hard, energetic. It was traditionally christened with a bottle of sparkling wine. Another guest was Žofie Dařbujánová (aka Zofie Dares), who sang “Back to You” with them. People thus had an original opportunity to hear her sing in an unconventional way in her native language. It was a good evening. I rarely manage to be with the Prime Minister great, and so I was honored. Visitors give each other a bonus, and during the official set everything was heard, the band played their pilot single again. The concert baptism by fire and the album was a success – it was the sheer joy of honest rock energy.

‹ This week in the European Parliament › first success for U15 Naz. and Provincial Students • newsrimini.it