Jeremy Irons didn’t have to pay, so passers-by bought him coffee

Good people are not extinct yet, and this story is clear proof of that. Even a gesture like buying two cups of coffee can make a nice day. “A sad British couple. They wanted two cappuccinos, but there was no terminal in the cafe. My husband? He got up, walked to the bar, returned with two cups, and with the word “gift” was placed on a table in front of the enchanted couple. Well, I married him because he is divine, “Milada Střítezská wrote on twitter on Saturday.

After a while, she added her tweet: “Postscript. That gentleman is Jeremy Irons. They came to us only as nice old men, I immediately thought that the lord looked like Irons, but now another lord came to them, he asked him and the old man answers that he is. A totally divine moment. “

The owner of the Písek Gate, Petr Mändl, also learned about a good deed from Twitter. “We thank the gentlemen who today, when our payment terminal was down and the British couple could not pay by card, bought two cappuccino for none other than actor and director Jeremy Irons. We only found out from Twitter and we would like to invite this donor to accompany us to our delicious coffees.y what the throat wants, of course on us, “he wrote on the Facebook page of his cafe.

“You could have given them the coffee yourself”

However, each of the discussants on social networks let the café “eat” as it should. “Congratulations and respect to the Lord, not much to you, you could give them that coffee yourself if it was a problem on your part. The cost of coffee is about 5 CZK. This is how passers-by had to get the good, “wrote Radek Hulán under Mändl’s thank-you status.

However, the owner still objected. “Dear Mr. Hulan, Fr.bsluha did not register this story at all, I only found out about it with a delay from the social network. Unfortunately, we are connected to the historic building only via a telephone line, and sometimes the Internet fails. Your complaint touched me. Believe me, in the 16 years that I have been operating the Písek Gate, I have donated thousands of not only coffee on various occasions, hundreds of free events for children, seniors and helpfulness for countless charities and foundations, etc. Not to mention, “wrote the owner.

Milada Střítezská also stood behind the café. “So my little café incident begins to become a case in which the Písek Gate Café is catching up. I’m sorry, because the whole situation takes place in a very pleasant environment, which I wanted to convey to others. There was no criticism or calculus in my tweet. Just astonishment and joy. We will probably tell this story to our grandchildren as well! “Střítezská closed.

The actor was born on a small island near the British shores. As a child, wanting to be a veterinarian, but that changed with the first acting role we got at the age of 21. In 1990, Jeremy Irons played the character of the accused murderer Claus von Bülow in the film Reversal of Fortune. We received a number of awards for the role including an Oscar for Best Actor. But this is not the only price he can be proud of. He is also the owner of the Golden Globe and the Emmy Television Awards for his role as the nobleman Robert Dudley in the miniseries Queen Elizabeth, and was awarded the Honorary Caesar for his lifelong work. He has been married to Irish actress Sinéad Cusack since March 1978. 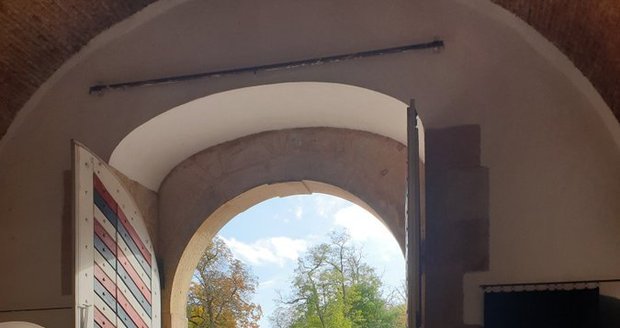 The Czech couple bought coffee for British seniors when the payment terminal did not work in the café. Eventually, the famous British actor Jeremy Irons emerged from the elderly gentleman

Bristol Palace: The developer has completed the renovation

The only Czech: Solnický from SC Fajne broke through to the semis in Prague. look at

Černý Most: The city has opened a new parking lot for those outside Prague