At last ! With more than a year behind schedule, Toulouse Lautrec, the new creation of Kader Belarbi, was able to emerge on the stage of Capitole Theater in Toulouse. Several times delayed by containment and curfew, the show opened the new season of the Capitol Ballet in an atmosphere of great evenings and the perceptible joy of an audience delighted by this reunion. Kader Belarbi an imagined bubbling phantasmagoria around the brilliant painter whose name and work are attached to Paris at the beginning of the last century, between parties and vapors of absinthe. On an original score by Bruno Coulais, Kader Belarbi constructs a ballet in 30 tableaux like so many reminiscences of the too brief life of the painter of cabarets and nightlife. A breathtaking choreographic review, beautifully interpreted by the Toulouse troupe around the Star Ramiro Gómez Samón, undisputed hero of this evening.

Funny coincidence of calendars! The only two great narrative ballets created this year in France succeeded him the same evening: in Paris where Pierre Lacotte realizes his dream of adapting Stendhal’s novel The Red and the Black and in Toulouse where Kader Belarbi, passionate and connoisseur of painting takes on the challenge of making Toulouse-Lautrec dance. Two different approaches, two distinct universes but the same conviction, the one that classical dance remains a rich and contemporary language to pay build ambitious narratives, vectors of multiple emotions. Adapting a novel is not a simple choice. To compete with a painter undoubtedly requires a touch of madness. How can we imagine setting in motion what is once and for all fixed on the canvas and present in our memories? Toulouse Lautrec is undoubtedly the most popular of the painters of this period. Who hasn’t come across an old La Goulue poster one day? Kader Belarbi recalls that dance was a central subject for Toulouse-Lautrec: “With a gesture of his brush or pencil, it gives us to see the movement of a body, its rhythm, its energy, its humanity in the non-finito and the void “.

It was excluded for the Director of the Dance of the Capitol to realize a biopic. He wanted more bring out the personality of Toulouse-Lautrec and the universe in which he bathed, that of Pigalle, Montmartre, interloped Paris which makes the party last until the end of the night. In less than two hours and 30 paintings which follow one another without interruption, Kader Belarbi thus proposes a trip to the past with that constant taste of the time for the pursuit of pleasures. The choreographer avoids the pitfall of the biographical anecdote and manages to bring out this fascinating half-world where we meet the Goulue, the painter Suzanne Valadon or the singer Yvette Guilbert. Sylvie Olivé’s scenography meets this same requirement. On stage, no reconstruction of the Paris of the Belle Époque, instead a play of lights produced by Nicolas Olivier on minimalist sets and subtle play of shadows. This choice offers a hassle-free space for Capitol artists for impeccably tuned ensembles that exult. the energy and youth of the company. 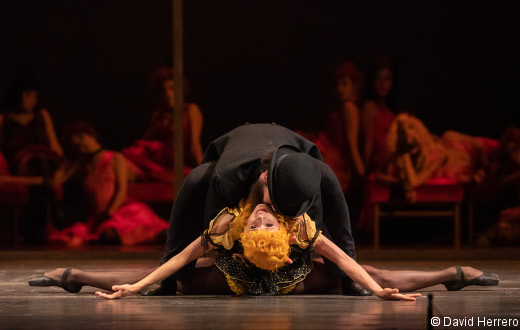 One could have feared that from confinement to postponement would lose the momentum and the sense of urgency that prevails in all creation. The Capitol Ballet knew how to preserve this bubbling of novelty, the pleasure of presenting this work for the first time on stage. We had had a promising taste of Toulouse Lautrec at the Théâtre des Élysées during an evening bringing together French classics before the curfew is imposed. Natalia de Froberville and and Ramiro Gómez Samón there had danced a dazzling pas de deux which announced the best. The whole ballet is just as happy. Kader Belarbi demonstrates precise know-how. Its aesthetic is sometimes reminiscent of Roland Petit’s, without citing it, both in stylistic biases and in the art of telling a story, preferring the evocation to the literal story. The sketches are linked with happiness, bringing out the great figures that are the Goulue incarnated with all the banter required by Solene Monnereau, or Jane Avril, star dancer of the Moulin Rouge to whom the Star Nathalie de Froberville lends her features with usual grace, in a successful counter-use for this delicate and virtuoso ballerina.

The choreographer does not renounce the essentials of the Belle Époque: “It’s not Chopin, it’s not Giselle, it’s street poetry“; we had warned in the preamble. He offers us in particular two sketches of pure fantasy: a French cancan that hits the mark and a crazy interpretation of Yvette Guilbert’s hit: When we love you like that, naughty and saucy song extolling the sadomasochistic pleasures that you risk with humor Simon Catonnet, who is not afraid to disguise himself for this character role. 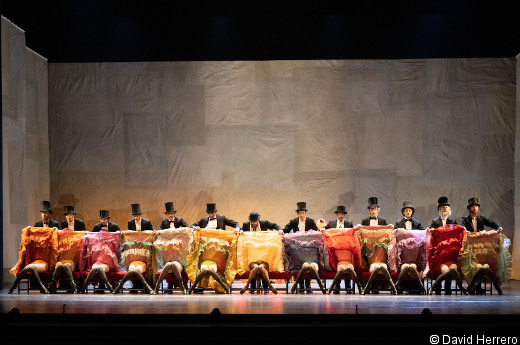 Kader Belarbi imagined a multitude of solo roles. But the ballet rests on the figure of Toulouse-Lautrec. Ramiro Gómez Samón is astounding there. It was not obvious, however, to distribute this Cuban dancer, a great technician and accomplished artist, in this role of composition calling on a story that is not his own. Grimaced, constantly armed with a cane to underline the counterfeit and puny aspect of Henri Toulouse-Lautrec, the Toulouse Star does not leave the stage for a second. We know by heart his technical qualities and his confidence in the great roles of the repertoire. He turns out to be a magnificent actor. He twists, rowboat, stands up on his cane and thus manages to portray Toulouse-Lautrec, and tell us his constant desires and frustrations. Like this finale where the artist seems locked in a shrinking cage and inevitably leads him to an early death, the ultimate moment of gravity in this hair-raising choreographic review. 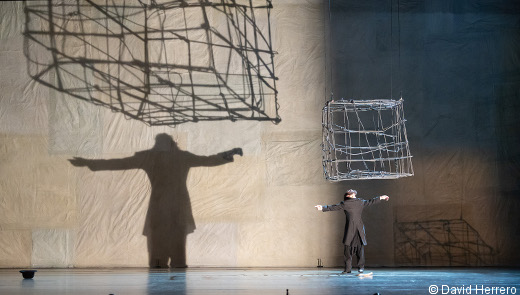 Toulouse hopes to recover some players, including Antoine Dupont and Romain Ntamack, for the match against Racing 92

Toulouse. A new website to find a job in the Toulouse conurbation

In Toulouse, third runaway of a dangerous patient in a week