Albertov Campus: Completion has begun, to be completed in 2026

The campus of Charles University in Prague’s Albertov was established at the beginning of the 20th century. Practically no major construction has taken place here since then. The first ideas for completing the campaign in Albertov appeared in the 1990s last century. The negotiations lasted a really long time, until in 2015 an international architectural competition was announced for the future design of the campus.

On the long elbow

“My colleagues and I debated sometime in 2005 about the need for Albert’s background, which must be dedicated to the university environment of the 21st century. In 2011, the government approved the construction of the Albertov campus, and after ten years we can finally tap on the foundation stone, “Said the rector of Charles University Tomáš Zima at the beginning of the press conference.

“We cared that the buildings were not only functional, but also beautiful and fit into the environment of Albertov. In two-round architectural competitions, the expert jury selected the Znamení čtyř studio as the winner,” added Zima.

The new two centers will stand in the places where there is currently a canteen, which will have to be demolished and replaced by a temporary building. In order for the victim of a university building with fully equipped laboratories and study rooms to grow on the plot, it was necessary not only to quickly have property rights, but also to strengthen the infrastructure.

“Three years ago, we agreed with Rector Zima that Prague will push for some property settlements and also that in cooperation with municipal companies, it will prepare the capacity of water supply and sewerage systems so that construction can take place in this locality, “said Jan Chabr (TOP 09), a Prague councilor for property. “I hope that the new centers will bring us new icons of Czech science that will achieve a similar reputation as, for example, the team of Professor Holý,” he added.

According to the rector, the school received a zoning decision this year, and in November it is preparing to apply for a building permit. Biocentrum and Globcentrum will function as research institutes for the Faculty of Mathematics and Physics, the Faculty of Science and the 1st Medical Faculty of Charles University. The first to start is the construction of the Biocentre, the construction of which will most often cost 3.3 billion crowns, the implementation of Globcentrum to 2.3 billion crowns. “If everything goes according to plan, the first students could start studying here in 2026,” the rector concluded 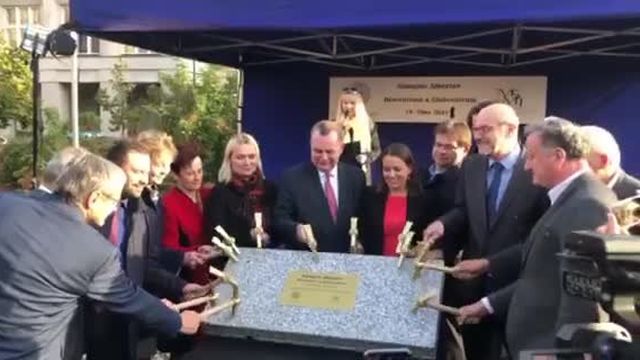 Representatives of the university, the city and the government ceremoniously tapped the foundation stone on the completion of the Albertov campus Veronika Foltová 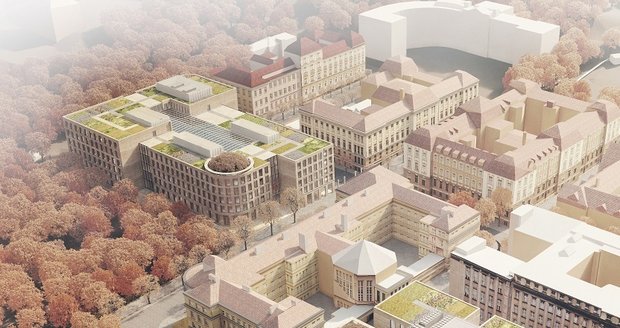 Two new science and teaching centers called Biocentrum and Globcentrum will be established on the Albertov University Campus.

People say goodbye to film director Dušan Klein in Prague, he died at the age of 82 iROZHLAS