Former president of the CNJP, deceased in 2016, recognized for “relevant services rendered in defense of the values ​​of civilization, in favor of the dignity of Man and the cause of freedom”

Foto Cáritas Portuguesa, President of the Republic, presents as insignia of Grand-Official of the Order of Liberty to the wife of the honoree, Vera Bruto da Costa.

Lisbon, Oct 17, 2021 (Ecclesia) – Today, the President of the Republic conferred the Order of Liberty on Alfredo Bruto da Costa posthumously.

“I deliver to the family what Portugal asked them to deliver, which is the Order of Liberty. Because one way to live prophecy is to live freedom from poverty. He turned that into a national goal”, said Marcelo Rebelo de Sousa at the book presentation ceremony “What did you do with your brother? » A look of faith on poverty in the world’. 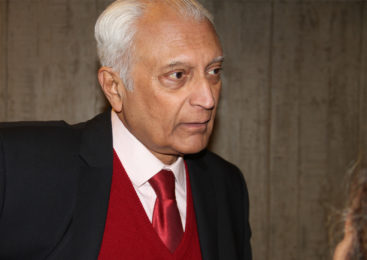 The Ordem da Liberdade is a Portuguese honorific order, created on October 4, 1976, which is intended for relevant services rendered in defense of the values ​​of civilization, in favor of the dignity of Man and the cause of freedom.

The medal was given to the family at the session that took place in Santa Casa da Misericórdia in Lisbon, institution in which Alfredo Bruto da Costa was provider.

Bruto da Costa died on November 11, 2016, at the age of 78; former minister and president of the CNJP, he promoted several studies and investigations on poverty in Portugal, in defense of human dignity and social justice, assuming himself as a scholar of the Church’s Social Doctrine.

The book was completed by the author, before his death, and revised afterwards.

The Jorge Mendes highway that connects Portugal to Wolverhampton – Sports

‹ A big party for your 50th birthday › When we talk about wine, “there are no dumb questions” | Wines from Portugal in Brazil