MARSEILLE: Before the opening of Artplexe on the Canebière, the AGAM takes stock of the cinema offer

On the occasion of the upcoming opening of the Artplexe cinema on the Canebière in Marseille, where is the cinema offer in Marseille. 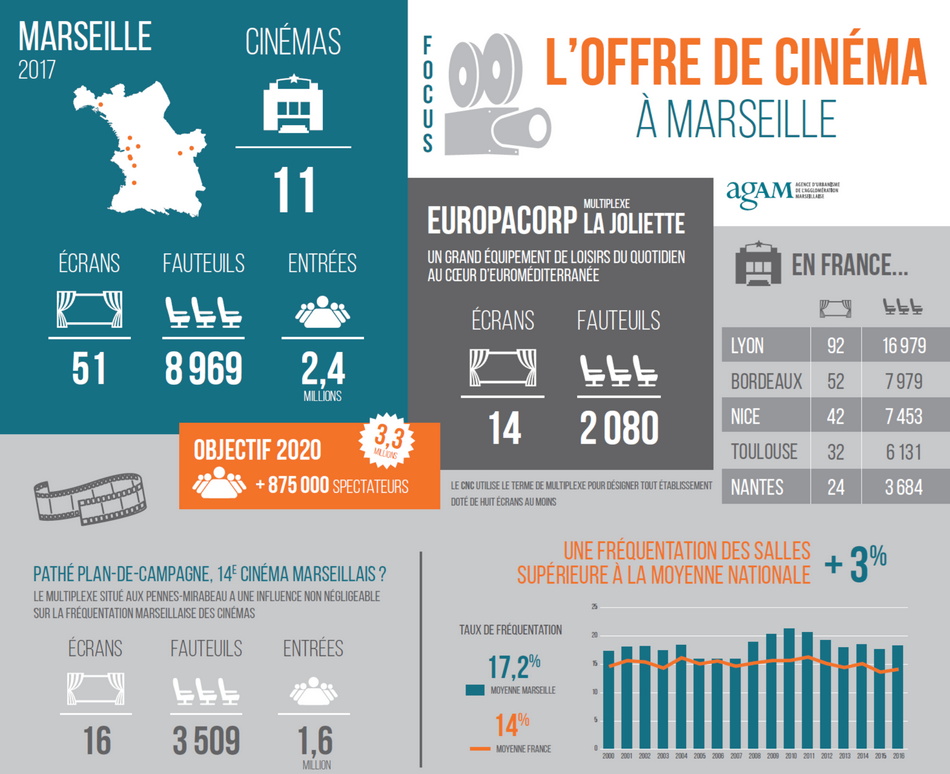 Some elements from Agam’s reflections on the cinema offer in Marseille and its influences on the city and public space:

As an urban planning agency, our mission is to observe, analyze and anticipate the movements at work in our territory. The facilities, whether cultural, sports or school, are the subject of observatories and studies. It is therefore in the role of an urban planning agency to study the evolutions of cinemas in Marseille, their locations, their frequentation because they testify to a movement within the city. They can influence its layout and uses. 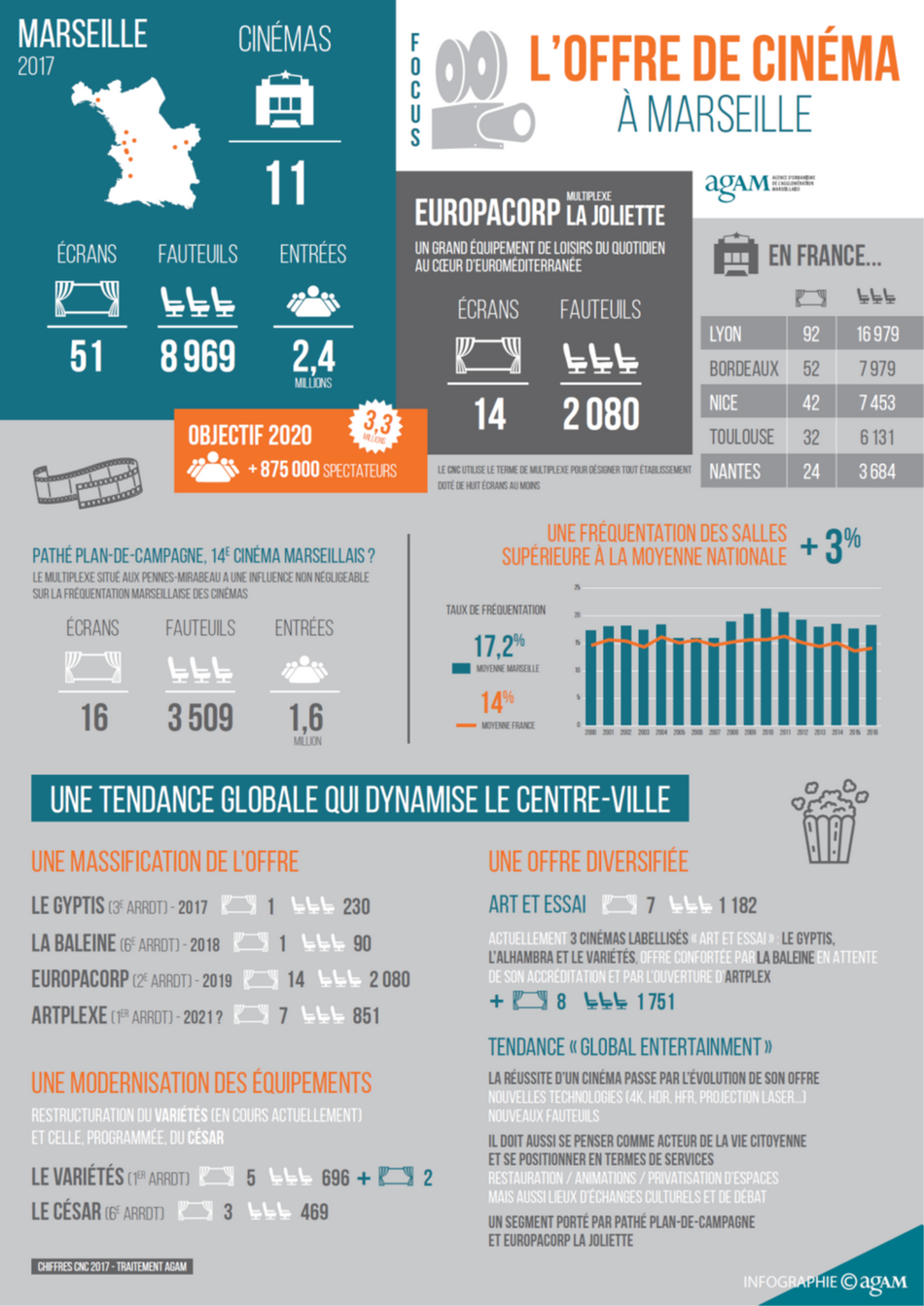 In 2019, the Agam wanted to publish a study focused on Marseille because changes were at work and still are. It turns out that the offer is diversifying, massing and modernizing at the same time. In 2021, this dynamic is still at work and the opening of Artplexe on a central axis of the city has confirmed this.

A real dynamism of the offer in Marseille: between 2012 and 2021, 6 rooms were created (Mucem, Buzine, Gyptis, La Baleine, Pathé La Joliette and Artplexe) with a more specialized program and the creation of real places of exchange for the first 4 and 1 multiplex focused on “global Entertainment” in the heart of Euroméditerranée for the Pathé Joliette. Artplex representing a “mix” between these two positions. In addition, Les Variétés has reopened after major works in the city center, as has the Gyptis which has just reopened its doors after a renovation.

With the opening of Pathé La Joliette then Artplexe, Marseille has gone from 8,969 seats (2017) to nearly 12,000 seats. The Capelette multiplex being added to this, there will soon be 15 cinemas in Marseille.
The park is growing, the offer is diversifying to meet everyone’s needs. These two new cinemas bear witness to major urban movements: a city center in full revitalization and the emergence of new districts / new centralities …
On Bleu Capelette, the program is 12 theaters for 1,969 seats. Using the same method of calculation as for Pathé la Joliette, it is possible to estimate admissions for the first year of operation at 795,000.

Concerning the Plan de Campagne multiplex located in the town of Pennes-les-Mirabeau, this is a cinema frequented by the people of Marseille, in particular the inhabitants of the north of Marseille. It is a significant offer in the landscape since it represents 16 screens and 3,509 seats. In addition, it bears witness to a very specific geography of Marseille, a very large city that is diverse in its landscapes.

It is interesting to note the evolution of “cinema” equipment in a context of the rise of streaming, video on demand and now producers. The cinemas become places of exchange, debate, catering or even leisure.

Community sexual health center in Marseille: “we have to show that we need it”

In Marseille, the distress of the medico-social sector faced with the shortage of personnel