Charles Xuereb constantly reminds us of his thesis. He seems to regard this as some form of holy writing that we should all accept without question (October 10).

I did not have the pleasure of reading his thesis but I read his most fascinating book which is based on the said thesis. In his book, he seems to take some of his references at face value, as long as they are pro-French, anti-Maltese, anti-clerical and / or anti-British. In my opinion, his academic approach is vitiated by unnecessary and manifestly obvious Francophilia. His reference to the French stay in Malta as an “interlude” rather than a brutal occupation shows his underlying bias. Let me give readers just three examples of this prejudice.

On page 257 of his book, when dealing with the previous Maltese attack on French troops in Victoria before the siege of Mdina, Xuereb cites the work of Henry Seddall Malta Past and Present (1870) where the the author tells us that, as Masson (a French Officer in charge) threw his sword to the ground to show that he had no dispute with them, he was mercilessly massacred by an angry crowd led by Emanuele Vitale.

I have absolutely no idea where Seddall got this information about Vitale’s role in Masson’s murder. I haven’t met anywhere else. I note, however, that, on page 222 of his book, Xuereb accuses Seddall of exaggeration when he deals with the accusation that the French stole their silver from the Maltese churches. So, is Seddall a genuine source or not?

With reference to the general slaughter of French troops after the capture of Mdina by Maltese patriots, Xuereb does not mention the fact that, as the necessary formalities of the French surrender were being carried out, some French soldiers opened n fire from behind a parapet and killed four Maltese Patriots.

This unnecessary act of bad faith on the part of the French angered the Maltese and they went so far as to explain the reason for the ‘massacre’. A little objective context from Xuereb about this incident would have been well received.

But now I have to come to Xuereb’s real piece of resistance, where on pages 96, 206 and 210 of his book, he repeats the legend of the Maltese eating the livers of their French victims. He makes no factual reference to support this melodramatic assertion. He simply quotes that of Gaetano Gauci Journal of the capture of Malta and Gozo, by the French Republic, and of the subsequent Peasants’ Rebellion.

The author of this short work (46 pages) published in 1899, that is, more than 100 years after the alleged incident, refrains from telling us his own specific sources for this bizarre incident. However, Baron V. Azopardi, who wrote his own impressive work, Journal of the capture of Malta and Gozo, by the French Republic, and of the subsequent revolution in the countryside (1836), only about 35 years after the alleged accident, makes no mention of anything.

If the Maltese patriots had indeed eaten the liver of their dead French enemies, surely someone would have mentioned this to Azopardi who undoubtedly mentioned it in his own book, written relatively shortly after this event was supposed to take place and in a time when many surviving people could actually see it.

When one reads Gauci’s work, one quickly forms the impression that it is nothing but an anti-Maltese, anti-British, somewhat anti-clerical, totally biased pro-French diatribe and, unlike Azopardi’s work, certainly not a reliable academic source. Gauci repeatedly expels the Maltese patriots as a group of “villains”.

This word has a double meaning as opposed to the more specific “contadini” (as used in the title of the book) or ‘campagnuoli’, whose non-controversial synonyms could easily have been used instead. Li

the author chose a rather derogatory “villain” tells us a lot about his sympathies.

In my opinion, this ‘liver-eating incident’ is yet another myth woven into the rich scenery of our nation’s history. However, Xuereb takes it as a gospel that continues to denigrate our heroic ancestors.

Title page of the Journal du siége et blocus de Malte de Ransijat published for the first time in Paris less than a year after the end of the blockade.

It is fun to read letters from the old school that take me on a task on a complex episode in Maltese history such as that of the 1798 peasant uprising against the local government under the French, often removing sentences from narratives of the past like that of Bosredon. Ransom Bloc (10 October).

Since it is almost impossible to give monocalual explanations to any historical episode, the argumentation of an outcome without contextualization leads only to populist conclusions.

Dear readers of this paper appreciate knowing that Ransijat blamed Michel Régnaud, his predecessor as government commissioner, for his lack of diplomacy and sensitivity to medieval Maltese society. how much it has been catapulted into a modern era.

Contemporary letters sent to Bonaparte in Egypt for this purpose testify. Ransijat had spent 35 years on the island, during which he was the Order’s finance minister.

He declares that he has Maltese interests “for my heart”. His irritation with the Paris administration grew after he returned to France.

He felt that, after abandoning the Order of the Republic and surviving a two-year siege in Valletta, his efforts were never sufficiently appreciated.

For the record, recent research concludes that the death of 20,000 Maltese claimed by farmers’ leaders after the blockade was exaggerated to collect more compensation for war damage from British colonial authorities.

It appears that no more than half of that number died, mostly due to malnutrition and fatigue (see appendix 2 in my publication on the period).

Finally, caught up in this ping-pong correspondence, I can – to make a point – refer to Ransijat’s diary for April 20, 1800: “The French … deal to the Maltese exceptionally well and the Maltese should be grateful for this. ” He shared the hope that “someday, they (the Maltese) will see the light or that a good government will be able to cure them of their superstitions”. 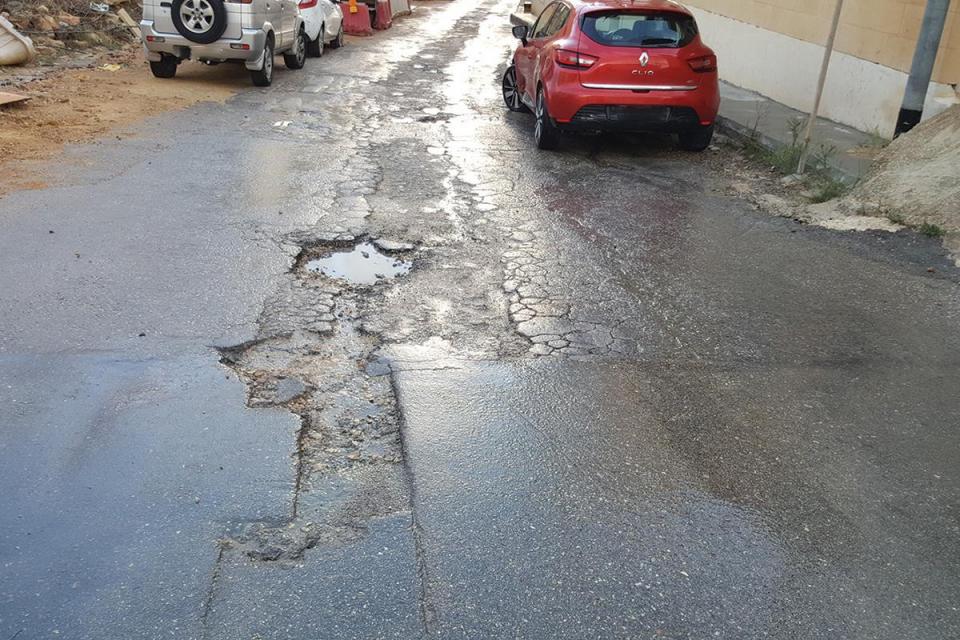 I read Claire Bonello’s article ‘The vision of the Government tunnel’ (October 10) and cracked at the party to dissuade people from using cars.

The picture (left) shows a standard road in Xaghra.

I changed eight tires in 14 months, now even a bike. Forget the tunnel, forget the metro – solve all our roads.

The roads in Malta are being upgraded although in their initial state they were much better than everything we have in Gozo.

Letters to the editor should be sent to [email protected] Please include your full name, address and ID card number. The editor may disclose personal information to any person or entity seeking legal action on the basis of a published letter.

Azar Jazestani is Starting Her New Life in Malta

A track in time

The best advice when investing in property in Malta

‹ Příbram guests one of the introductory qualifications of the Superleague under 23 years › Architecture: Toulouse, city of art … Deco!