We are building parking houses on the outskirts of Prague, but we do not want to push cars out of the city, Hřib claims

The traffic situation in Prague is, so to speak, on the verge of collapse. How are you doing with the construction of the inner city ring road?

We want to put the inner city circuit underground so that it really connects parts of the city, not divides them. We now have a ready-made concept of documentation for the application for a zoning decision. During this election period, the application should be finalized and submitted to the relevant building authority. Questions about why it is no longer done should be directed to the previous political representation.

However, President Miloš Zeman and the Minister of Transport Karel Havlíček criticize the municipality for acting unsystematically, amateurishly and for the burden of sad urban transport on your shoulders.

Crucial to the passability of Prague, especially in the northeast, is the outer ring road, which builds, or rather does not build, the state. This is a key building for Prague and other regions. The problems with its construction are not created by the municipality, but by the government. On the contrary, we buy land for green belts. In contrast, the government did not buy a meter for the road itself.

Another burning issue is parking in the city center, what about underground parking or P + R parking lots?

There is currently no problem in the capacity of parking in underground garages in the center of Prague, see Bezpecneparkovani.cz. For example, on Friday at two o’clock in the afternoon on Pařížská Street, 113 seats are vacant out of 165 seats. Or in the Rudolfinum garages, there are 307 vacancies out of 450 seats. In a mobile application named MyPrague you can easily pay for parking in the blue zone on the street. The construction of new P + R car parks continues. In the coming months, for example, a P + R car park in Černý Most will be opened with 880 new parking spaces.

The Comic-Con festival is taking place this weekend, where people will be able to see Prague in the near future as part of the Future City project. Does this mean that you started working on innovative projects during your three years at the municipality only this year?

The previous coalition was coughing about it and was far from working as hard as we were. We did a lot of things last year during the pandemic. But many of the problems that arise today stem from the instability of previous coalitions. However, through the collected data, we have made a website (www.covid.praha.eu), for example, which offers people to find the nearest collection point for covid. It has become the most visited website in the entire history of Prague, so I think that our work has been visible for a long time.

We often hear that Prague is doing everything to make the city cleaner, quieter and so on. Can you name projects that are not just being talked about, but are already being implemented?

There is more going on. On the one hand, we are dealing with large infrastructure transport projects that have already been launched or are in the final stages of preparation. The problem was that a large part of the projects were not ready, and that is why we are such a zero-phase coalition. Many things are happening due to the instability of previous coalitions. For example, we are now investing in transport infrastructure. As I have already mentioned, we are building parking houses, one in Černý Most, the other in Petržílková Street in Butovice. We will build new primary schools and urban housing. These are big investments. In addition, there are projects that fall into the Smart City area. These are matters in which we would like to be an incubator, not the cradle of innovation, so that the idea of ​​Smart City is realized in the true sense of the word. 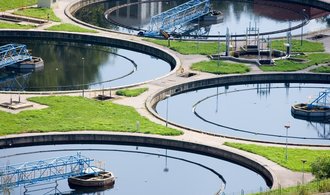 But does everyone imagine something different under the term Smart City, how do you interpret it?

We want to focus mainly on working with data, because that makes the city smart. We do not follow mere impressions, but data. Previously, Smart City featured smart benches, lamps, baskets and similar trifles. I have to say for myself that when you go to a trade fair where you see many interesting products, it is difficult to resist. I had a strong desire to buy such a “toy” there, but that’s just not the point. What matters to us is that European funds must give priority to supporting “green” and “smart” projects. We are in a very good position, because in big cities, such projects can be implemented perfectly.

In connection with the already mentioned catastrophic traffic situation in Prague, can Praguers hope that the situation will improve in the foreseeable future?

Yes, a number of road diagnostics projects are currently underway. For example, data is being collected from the Waze mobile application, where each user can mark a hole in the road. That’s one of the ways we collect that data. Another project is linked to cars that have intelligent shock absorbers and can inform you that there has been an impact, and send that information to the system. This is a comprehensive data collection. Another possibility is that a vehicle will move around the city, which will use individual systems to evaluate individual city roads. However, it remains to be seen which of these options will ultimately have the upper hand.

Does this mean that the number of dug roads could be reduced?

This is how people often color it, but on the contrary it will lead to more of those repairs. It is necessary to realize that we inherited Prague with a great debt in the transport infrastructure. When we came to the town hall, the Trojan footbridge was fallen and the people were not even properly compensated. The situation was critical and cannot be rectified without deadlines. If we did not start repairing and closing the populist before the elections, the roads would never be repaired, because some elections are still taking place.

At the same time, you are developing the Flyer for all types of urban transport. Does this mean that Prague wants to support shared mobility?

Today we already have Lítačka connected with shared wheels. You can use it who have a coupon for public transport. This is an advantage that is common in larger major cities abroad, so I don’t see why we shouldn’t be. This is the first step in the so-called Intermodal Plan, which focuses on expanding the range of options for transporting around Prague. We can transport this plan to people from point A to point B not only by public transport and shared bicycles, but also by shared cars or scooters. 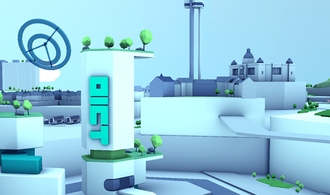 Does this mean that the city will continue to push out private cars and, conversely, promote shared mobility?

No, definitely not. We are not going to do anything like that. I also have a car, but I use it mainly on trips outside the city. He goes to the city by car at most on weekends, otherwise in the morning rush hour I never drive and I go to work or to the center by subway. In addition to shared transport, we also invest in improving public transport, specifically in the construction of metro D. At the hole in those excavated shafts, almost everyone managed to take pictures, including the opposition, which did not even support us in financing it. They took a ceremonial picture of it, but they didn’t even raise their hand at the council to invest in it.

However, the improvement in public transport may not be as noticeable as, for example, the recent increase in the number of cycle lanes.

The demand for cycling infrastructure is getting bigger and bigger, which means quite possibly the coronavirus situation. People have come to like cycling, they have in the warmer months. Of course, we are also responding to this remaining demand from Prague residents.

Which project do you consider the most important for Prague?

It may not be easy to choose, I would just like to point out one project. The European funds that are now under my responsibility should pay for a transport telematics project. This is something that could significantly manage the traffic situation so that the passage through Prague is optimized, even for the time being with the missing circuit, which we are intensively striving for. 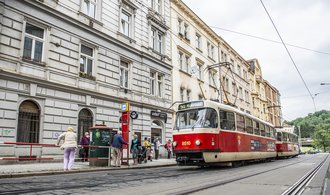 ‹ International German Pianist Prize in Frankfurt › Toulouse: prison closes for the one who set fire to his apartment in the Borderouge district