Niko Kovac celebrates his 50th birthday this Friday. For the birthday of the coach of the Red and White, back to his five greatest moments since his arrival at AS Monaco in July 2020.

Feast day for Niko Kovac this Friday. The coach of AS Monaco blows his 50 candles, on the eve of the shock against Lyon for the 10th day of Ligue 1 (9 p.m.). The opportunity to review the most significant moments since his arrival at the Club in July 2020. And the choice is difficult, as his first full season on the Club bench was a success. Here are the five milestones since the Croatian technician has been on the Rock.

“The coach the Club needs to assert its ambitions and build solid foundations to enable it to achieve lasting success”. This is how Paul Mitchell, Sporting Director, qualified Niko Kovac when the latter arrived at AS Monaco on July 19, 2020. After winning the 2018 German Cup with Eintracht Frankfurt and then achieving the Bundesliga treble – Cup – German Supercup the following season at the head of Bayern Munich, the Croatian technician arrives on the Rock with the ambition “that AS Monaco find the summits and the top of the bill, as well as European competitions . “A goal that will be achieved in his first season on the bench.

After a delicate start to the season, time to assimilate the new working methods of the staff, AS Monaco starts the march before the beginning of November. After victories against Bordeaux (4-0) and Nice (1-2), the Red and Whites receive PSG, then defending French champion. Trained at the Academy, Kylian Mbappé first hurts his former club with a brace in the first period. But the “remountada” takes place. First thanks to an express double from Kevin Volland (52e, 65e), then to the composure of Cesc Fàbregas from the penalty spot (84e). A victory torn from the mind and founding for the rest of the season.

You know the catchphrase: “A derby cannot be played, it is won”. Niko Kovac integrated it perfectly, since he led AS Monaco to three successes against OGC Nice last season (two in L1 and one in 16e final of the Coupe de France). Above all, the Red and Whites won under his command the 100e Riviera derby in history, on February 3 at the Stade Louis-II (2-1), thanks to a brace from Wissam Ben Yedder, including an overpowering free kick. A moment that will remain in the memories of Asemist supporters.

There are encounters that mark the spirits more than others. The one between PSG and AS Monaco, on February 21 at the Parc des Princes, is certainly part of it. Against the Parisians, the Red and White deliver a perfect performance in terms of organization and discipline, perfectly muzzling the opposing offensive stars, like Kylian Mbappé. Sofiane Diop, with a head at close range (6e), and Guillermo Maripán (51e), with a straight shot, materialize the superb collective performance, rewarded by a prestigious victory in Paris (2-0).

🔥 He was everywhere against PSG! Solid in defense and surgical in attack to register his 5th but of the season!

The statistics are simply mind-blowing, but they are very real: since joining Eintracht Frankfurt in 2016-2017, Niko Kovac has lost only… two National Cup matches! An incredible success that he started in the German Cup, with three consecutive finals (one lost and one won with, one won with Bayern Munich), then lost in France.

During his first season on the Rock, Croatian technician indeed his team until the final, successively eliminating Grenoble (1-0), Nice (2-0), Metz (0-0 5 tab to 4), Lyon ( 2-0) then Rumilly-Vallières (5-1). If this beautiful course is unfortunately concluded with a defeat in the final against PSG (2-0), it has proven the ability of “Coach Niko” to shine in this competition. 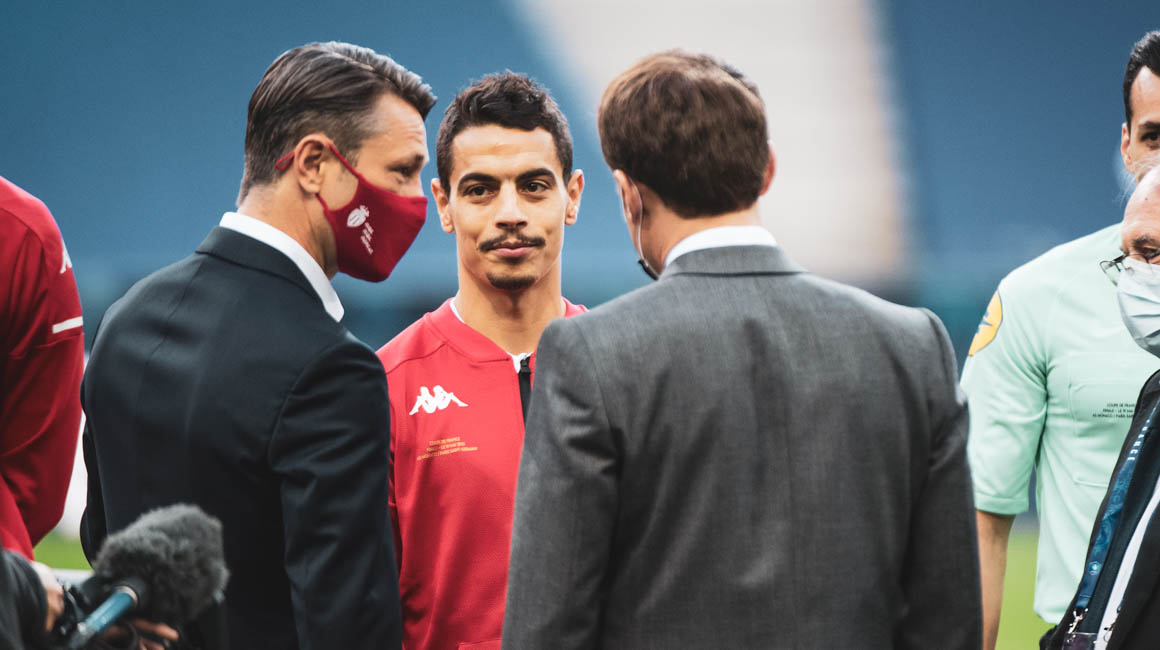 Royalties, did you know? – How did Princess Grace of Monaco celebrate her 40th birthday in 1969?

Albert of Monaco: His daughter Jazmin offers herself a magnificent villa, with very famous neighbors

‹ Outings and parties, our ideas in Nord Pas-de-Calais on the weekend of October 16 and 17 › “Health, a precious asset for the country”