Jindřich Waldes and Prague 10: The game at the streets of old Vršovice reminds you of the founding of Koh-i-noor

The town hall chose the personality of the entrepreneur Jindřich Waldes also because 80 years have passed since his death this year. He came from a small village near Tábor, where his father owned local haberdashery. He trained as a locksmith and, as he also studied languages, became a sales representative of the company Eduard Lokesh at the age of 17, and thanks to that he met the mechanic Hynek Puc.

Their meeting led to the establishment of the joint venture Waldes et al. and in 1902 they started the production of small forged goods in Prague’s Holešovice. For their company, the revolutionary invention was the so-called stacker, ie machines that enable the mass production of patents used to join different pieces of fabric or textile.

Name after the famous diamond

He tripled the work of up to ten workers, so production started very quickly. Their product was named Koh-i-noor after the famous diamond, which is part of the British crown jewels and in 1907 a factory was established in Vršovice, which still bears this name.

The game, prepared by the City Hall of Prague 10, aims to introduce the inhabitants of Prague 10 and other Praguers to places that are with the personality of the Allied industry. “The principle is that they will walk around old Vršovice and look for eleven objects referring to Henry Waldes. These will be located on a predetermined street, but in an unspecified location, it will therefore be necessary to examine all nooks and crannies thoroughly, “He described the game by the deputy mayor of the city district, David Kašpar (VLASTA / STAN).

It is a total of 11 stops, which are in the area between Vršovická, Kodaňská, Slovenská, Donská and Petrohradská streets. Places for items to be searched for are provided by local entrepreneurs or sole traders in their shop windows or display cases.

To help subjects leading clues in notebooks, which can be found on the town hall website. Each stop contains a task. For example, in Slovinská Street, players have to find the house where the button museum was located, which was built at the Jindřich Waldes factory, and find a book with the advertising inscription Koh-i-noor in one of the windows. In the notebooks, their task is to answer the question of how many garbage cans are under the inscription.

In other places, there are regularly various documents, paintings or publications, and the questions mostly concern the details that people have to look for on them. “Successful searchers will receive a memorial item from us, “ promises the deputy mayor. To do this, you need to answer the questions from the individual stops of the game on the form on the town hall’s website. If they respond to the administration, they can pick up a commemorative “diamond”.

An exhibition will also be created

In mid-December, an exhibition entitled “The Vršovice Phenomenon of Koh – i – Noor” is set to play at the Vzlet cultural center. It will contain Koh-i-noor-related items that people have brought themselves. So buttons, staples, historical snaps or photographs can appear here. People can wear items at the town hall until November 10. 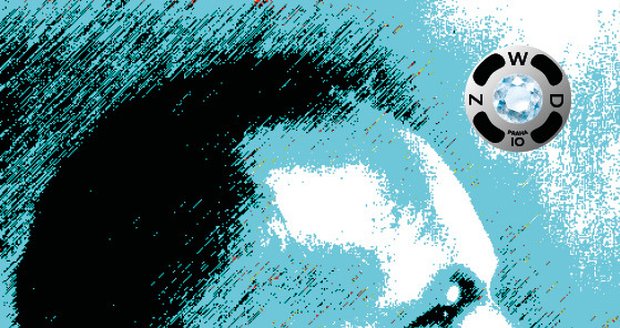 Prague 10 has launched a game in the streets of old Vršovice called “Behind the Waldes Diamond”, which is to commemorate the founder of the Koh-i-noor factory, Jindřich Waldes.

‹ Toulouse. More than 3,300 bikes stolen in 2020: here are the most affected neighborhoods › Mercedes -Benz EQS landed in Bulgaria, it is impressive in every respect – Technology