According to the Ministry of Energy, coal supplies from Russia to Europe and the countries of the Asia-Pacific region have grown by 12% since the beginning of the year. The demand for coal has increased due to a shortage in the global gas market. Izvestia figured out whether the trend will be long-term.

The world is waiting for coal

According to the estimates of JSC Rosinformugol, provided to Izvestia, the consumption of Russian coal in the external market in 2021 will increase by 8% compared to the previous year and will exceed 220 million tons. foreign exchange earnings will grow by almost 19% and will exceed $ 15 billion, which is $ 2.15 billion more than in 2020.

Energy Minister Nikolai Shulginov said that coal supplies from Russia to Europe and the countries of the Asia-Pacific region (APR) increased from the beginning of the year by 12% compared to last year. According to the latest data, coal exports from Russia increased in the first half of the year by 10.3%, to 101.9 million tons (by $ 6,842 billion).

In Europe, the rise in natural gas prices is pushing some consumers to switch to lignite and brown coal. The research structure BofA Global Research states: European companies, due to the rise of valuable fuel, are switching to the scarce coal market, where prices are also inexorably renewing records. For example, the price of the global gas crisis for them exceeded $ 250 per ton. Deliveries in the first half of the year almost tripled and approached the pre-crisis level of 2019. At the same time, power plants in India are now experiencing an acute shortage of coal for the needs of electricity production.

– Today Russia is one of the main suppliers of coal to the international market, – says Dmitry Bogdanov, general director of the coal mining company GK Karakan Invest. – The current steam coal market can be roughly divided into two sectors: the high-calorie and low-calorie coal market. Currently, both in Europe and in Asia, there is a stable demand for high-calorific coal. In these markets, the Russian Federation is one of the main players, since Russian coal fully meets the demand of European and Asian consumers in quality and surpasses the quality of raw materials, for example, from Indonesia.

Vyacheslav Kulagin, head of the Department for Research of the Energy Complex of the World and Russia, Institute for Energy Research (ERI RAS), points out that the increase in external prices and coal emissions increases the income of coal companies and the amount of taxes paid.

– Our exports have grown not only in comparison with 2020, when there was a recession, but also in comparison with more favorable 2018-2019 years, – says Vyacheslav Kulagin. – But the overall effect for the country is more complex. The growth in exports with a smaller increase led to a reduction in the supply of coal to the domestic market.

As a result, the ERI RAS specialist continues, the missing volumes had to be closed at the expense of other sources, primarily gas. And this led to a decrease in opportunities for gas export in a favorable price environment, the expert notes. 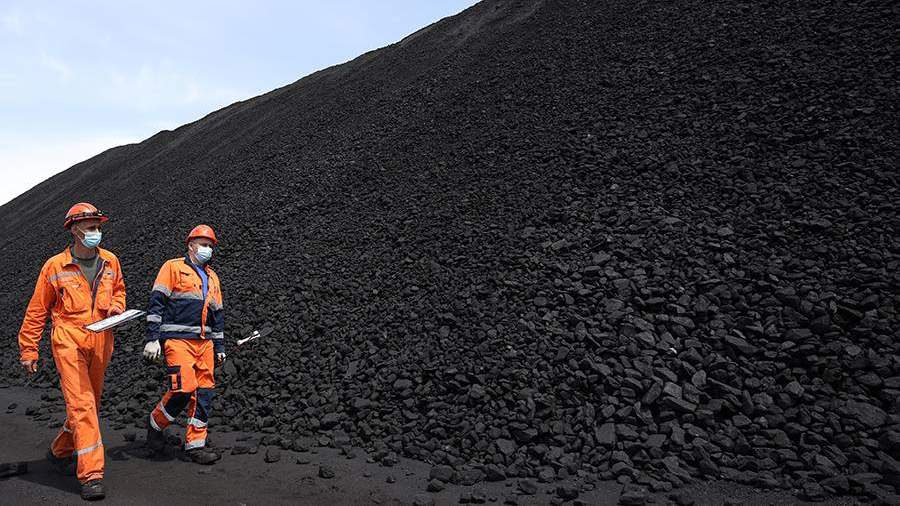 – Now at the same time there is an increase in prices on the domestic market, – states the Department of Research of the Energy Complex of the World and Russia. – This is not critical for export-oriented consumers, since coal will be more expensive for competitors abroad, but for other categories this is a direct increase in costs.

“Indirect effects will be positive”

Sergey Kolobanov, Deputy Head of the Economy of the Fuel and Energy Complex Sectors of the Center for Strategic Research (CSR), explained to Izvestia that federal budget revenues from the coal industry are actually quite modest. According to the tax service, for seven months of 2021, coal mining generated 37 billion rubles in tax revenues (for comparison, the extraction of metal ores gave a total of 183 billion rubles for the same period, the oil and gas industry – 4.7 trillion rubles).

– In addition, it should be noted that there is no export duty on coal, – says Sergey Kolobanov. – Almost half of the taxes on coal mining (18 billion rubles) form the income tax, and only in this part of Russia the budget can be replenished with additional revenues with an increase in coal and, accordingly, the profits of coal mining companies. Other taxes do not depend on coal prices, but the growth will increase the volume of production and the total amount of mineral extraction tax (for seven months of this tax, almost 8 billion rubles were received).

Thus, the expert draws attention, “the growth of coal exports from Russia does not imply direct economic benefits, but the indirect effects will, of course, be positive.” – emphasizes Sergey Kolobanov. – This is an increase in transport and transshipment capacities and, accordingly, tax revenues from enterprises in this area. And finally, this is an opportunity to accelerate the monetization of our inventory.

In this he is echoed by Stanislav Mitrakhovich, a leading expert of the national energy security (FNEB), senior researcher at the Financial University.

– The demand for coal will gradually fade, – he thinks. – Gas and renewable energy sources are gradually starting to displace coal from the market. Coal cannot be obtained.

“It’s hard to say exactly how long-term the trend for the growth of demand for coal is, but most likely it will continue in the near future,” said Viktor Khaikov, Chairman of the Board and President of the National Association of Non-Gas Service. 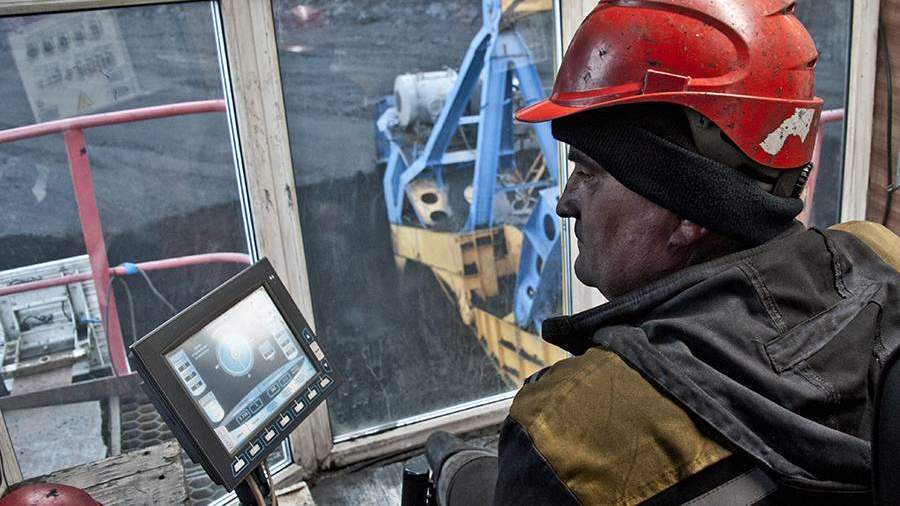 – In the same time in Russia, long-term trends in the coal market and a possible scenario of a decrease in demand for it, – says Viktor Haykov. – To this end, strategies are already being developed to diversify the main coal-mining regions in order to compensate for the potential loss of income and changes in the structure of employment of the population.

Will demand continue to grow

The demand for steam coal in the Asia-Pacific region in the medium term (until 2025) will grow due to the increase in energy consumption in China and India, says the general director of INFOLine-Analytica Mikhail Burmistrov.

– Demand for coking coal will also grow, both in Europe and to a greater extent in Asia, amid increasing demand from metal-intensive industries, – Mikhail Burmistrov is convinced. – Therefore, investments in the coal sector are relevant, especially in the segment of coking coal and anthracite.

In his opinion, the development of the Russian coal sector in the medium term will be slowed down primarily by the capabilities of the transport infrastructure (due to the carrying capacity of the Eastern landfill and the capacity of transshipment complexes). 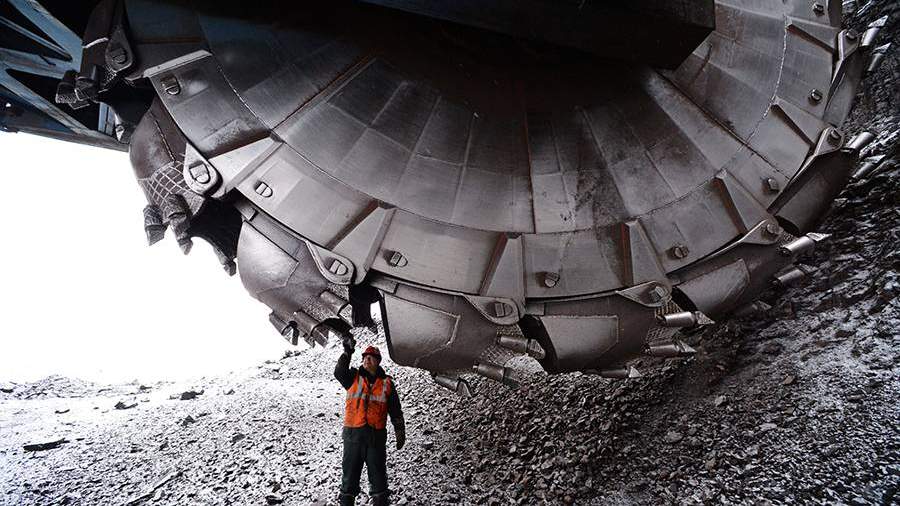 It is important to understand that the coal market is cyclical. Cycles of deep recession are followed by cycles of growth. Market growth peaks were already observed in 2008, 2011, 2018. The same thing happens with investments during periods of recession and growth. As soon as companies receive additional profits, some of that profits are invested in assets, and accordingly, as soon as the recession begins, companies start “survival”. Therefore, investments in the coal sector are now relevant.

“Investments are directed not only to the creation of new capacities, including work, including oriented companies,” notes Anatoly Rozhkov, Science Director of JSC Rosinformugol. – It should be noted that in accordance with the current Program for the development of Russian industry for the period up to 2035.

The current demand situation demonstrates “windows of opportunity” for the coal industry, accentuated by Vyacheslav Kulagin.

– But the reality is this: the export niche at the European level is already steadily shrinking, despite short-term drops in imports, – says a specialist at ERI RAS. – In the Asian direction, of course, there is a temporary potential even for increasing supplies, which will be replaced by a recession.

Izvestia sent inquiries about the real situation in the domestic and foreign coal market to the Ministry of Energy, Siberian Coal Energy Company (SUEK), Ural Mining and Metallurgical Company, Kuzbassrazrezugol Management Company, AO HC SDS-Ugol, PAO Raspadskaya, Kuzbass Fuel Company, Russian Coal JSC, Sibanthracite Group and a number of others. At the time of publication of the material, no replies had been received.

‹ Low cost fuels. Find out which are the cheapest service stations in Portugal (there is one near Lisbon) – Energia › Allegri bets on Kean. Mourinho, Shomurodov option