What projects will Russia and China use to double their trade

Trade turnover between Russia and China for nine months of this year increased to $ 102.5 billion, having risen in comparison with the indicators of 2020 by almost 29.8%. At the same time, in trade parity, imports from the Russian Federation exceeded Chinese exports by $ 7.7 billion – $ 55.1 billion against $ 47.1 billion. Since January 2021, both indicators have exponentially increased – 27.6% and 32.4%, respectively.

The volume of trade following the results of nine months has almost reached the values ​​for the entire last year (107.76 billion US dollars). However, this factor is largely due to the restoration of trade relations between the countries after the drawdown in the midst of the coronavirus pandemic. Moreover, the nature of export deliveries from Russia to China.

Thus, according to Sergei Savinsky, senior researcher at the Center for International Financial Research and Development Institute under the Ministry of Finance of the Russian Federation, more than half (50-60%) of the total export deliveries of products from Moscow to Beijing fall on hydrocarbons. This number includes oil, gas, coal. Russia also sells logging and fish products to China. In turn, supplies from China offer more technological products.

“A significant share of mechanical and technical products, electronic devices, industrial machines, mechanical devices intended for use in agriculture go from China to Russia. In other words, Beijing will deliver to Moscow mostly non-primary products, ”the expert said.

Nikita Krichevsky, Doctor of Economics, also highlighted Russia’s dependence on raw materials from exports to China. In his opinion, trade relations between Moscow and China are currently bringing largely unilateral benefits for China due to Russia’s inability to dramatically diversify its export basket. As a result, Moscow is forced to buy even agricultural products from Beijing, despite the country’s help for agricultural resources. For example, 80% of garlic is now imported from China.

“Relations between Russia and China are reminiscent of the notorious ‘oil for beads’ maxim. At the same time, Moscow significantly loses in revenue due to the sale of unprocessed raw materials (oil products and gas), and receives products with high added value. It’s comfortable. However, in essence, Russia, unwittingly, is raising the economic power of China, ”

– summed up the economist.

Power of Siberia and Yamal LNG

One of the largest investment raw materials projects in the trade turnover between Russia and China is the Power of Siberia gas pipeline. Long-term contract between the two countries acts since May 2014. This was one of the last major gas deals to be strictly linked to oil deals. quotes… Despite the relatively low cost of a thousand cubic meters of gas (only $ 171 as of the end of September), Gazprom still benefits from a reduction in severance tax payments, experts say.

Gazprom does not unselfishly tie the gas price to the oil basket, which is considered as MET. Therefore, the company, oddly enough, is profitable to sell gas to China at $ 171 per thousand cubic meters. In other words, it allows you to monopolize the size of tax payments. This is an outdated formula, but Gazprom has continued to use it for the past 20 years, ”Nikita Krichevsky is allowed.

The result is solid savings against the backdrop of significant gas readings in China. Each cubic meter sold under this scheme causes indirect damage to the state treasury, the analyst said. 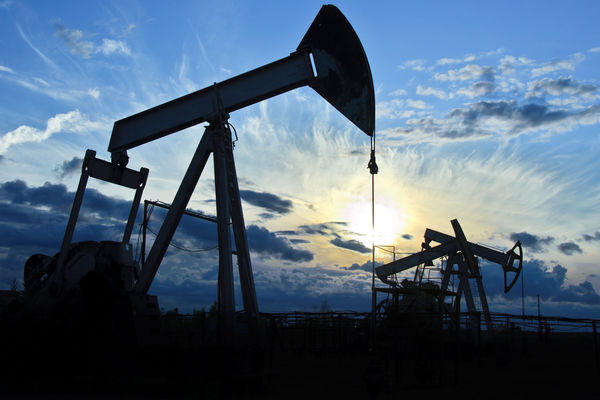 Benefit of “Gazprom” from the oil tie of a long-term fuel contract with China, permission and the Institute of National Energy Sergei Pravosudov. The fact is that most of the gas transported through the Power of Siberia pipeline goes through fields in Eastern Siberia, and short logistic distances allow Gazprom to save on fuel transportation.

“The oil peg implies a price lag of 6-9 months. Taking into account the rise in oil prices to $ 84 per barrel, Gazprom will be able to increase the contract price of gas in the first quarter of 2022. But even the current price due to the oil recession last year allows the monopolist to receive millions of dollars “,

At the same time, gas supplies via the Power of Siberia pipeline will grow in the medium term. Thus, by 2025, fuel transit to Beijing should reach 38 billion cubic meters. Moreover, currently the Amur Gas Processing Plant has opened in the Far East, which will send additional volumes of products to China. Russia can also increase the supply of polyethylene and polypropylene to Beijing at the expense of a petrochemical plant under construction by the Sibur company. In the aggregate, the growth of export products is an increase in the entire commodity turnover of the two countries, Pravosudov concluded.

At the same time, Russia’s gas profit in trade with China is not limited to the pumping of traditional natural fuel. With the development of the Northern Sea Route (NSR), sales of liquefied gas through the Yamal LNG project have been actively developed. So, Beijing is now buying large quantities from there.

Another promising area for the development of trade relations between Russia and China is investment cooperation in the field of nuclear energy. Thus, the Rosatom corporation is currently building blocks of the Tianwan NPP in an Asian country. The construction of the power plant began back in the 90s of the last century, when Russia built two units. As a result, to date, 4 units with Russian reactors are operating at the NPP. This project is one of the most important nuclear projects in China, experts say.

“Now Rosatom is implementing the construction of blocks 7 and 8. However, the corporation has another project for the construction of two units at the Xudapu NPP. Currently, 4 units are operating in China at Russian reactors, and 4 more are at the stage of completion, ”- nuclear power expert Alexander Uvarov. 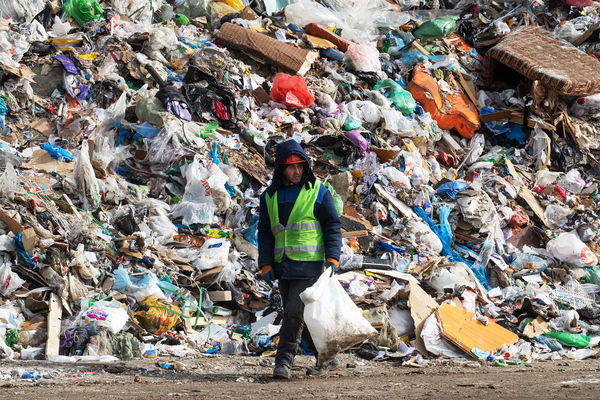 Rosatom is giving Beijing the reactors and technical equipment themselves. China, on the other hand, is responsible for the construction work on the erection of blocks and the installation of turbines. Together, these projects can bring Rosatom over $ 10 billion. However, most importantly, China pays for the erection of the blocks with “real” money, that is, the construction is carried out on a contract basis.

“The Chinese immediately pay for all the work of Rosatom and its divisions. They do not take loans, which includes funds from the National Wealth Fund. We are talking about $ 1.7 billion for the construction of a pair of nuclear power plants, while the total revenue from the two projects will amount to $ 3 billion. Such “fat contracts” can also bring the company another $ 4.5-5 billion for fuel supplies and assistance in maintenance ” ,

In addition, at present Rosatom has signed a contract for the construction of a fast neutron reactor CCR (type BN). In this case, the corporation will earn at least $ 1 billion. The Beijing energy transition program, which implies an increase in the country’s nuclear capacity to 100 GW, can also play a role in increasing profits. Beijing wants to bring its energy park up to 100 GW. If the innovative BREST-OD-300 reactor project is launched, Rosatom will significantly increase its export earnings by tens of billions of dollars, the specialist concluded.

The significant potential for the development of bilateral relations between Russia and China lies not only in the raw materials and energy sectors. Russia can benefit more from the development of domestic tourism by attracting citizens from the PRC who are actively interested in the Far East direction. So, over the past year, tourists left huge sums of money abroad, some of which, with the end of the coronavirus pandemic, Russia could also earn.

“Now China is a middle-income population, and the number of entrepreneurs is growing rapidly. All this leads to an increase in the number of long-distance travel. In dock time, China leaves $ 200 billion and more abroad. Really great horizons are opening up for Russia in the tourism industry ”,

He also added that the active involvement of Chinese partners contributed to the development of small and medium-sized businesses in the Russian Federation. The extension of the tourist cashback program to foreign citizens, residents of China.

“In the future, the tourism sector should become a locomotive for increasing trade between Russia and China. Asian tourists are happy to travel not only to Moscow and St. Petersburg, but also to other regions. Asia, with its urban conglomerations, is in dire need of nature, so the Russian Federation can become a salvation for Chinese citizens from total urbanization, ”Savinsky explained.

Russia called the introduction of an increase in gas to Europe: State Economy: Economy: Lenta.ru

‹ OL: Peter Bosz deprived of two holders against Monaco › Toulouse: Maxence was born on the ring road, in his parents’ car