In Prague 2, they unveiled a carved bench by Jaroslav Foglar. It is a tribute to a book about a fictional neighborhood

Řásnovka is a mysterious neighborhood, consisting of small houses and courtyards, which Foglar fabricated. A street with the same name exists in Prague’s Old Town, but parts of the story take place elsewhere. “It was a plot where the writer gathered inspiration from various places and the result of the fictional district of Řásnovka,” Roman Šantora from the Jaroslav Foglar Scout Foundation told Blesk.

“For me, the bench is an emotional affair. I am here as one of those with whom Jaroslav Foglar’s books changed lives. I remember spending a lot of time inventing Fantan when I was fourteen. ” recalls Tomáš Řehák, director of the Municipal Library in Prague.

Why at the city library?

The location near the building of the city library in Korunní 68 was chosen due to its connection with the famous Czech writer. “Jaroslav Foglar lived on Korunní třída most of his life, from his early youth, when he went to school here,” describes Roman Šantora. His life’s work is tied to working with youth, magazines and books. “But the largest number of children and young people in our country influence their writing activities,” he adds. That’s why the bench is in a convenient place near the library, in the street where he lived for a long time.

However, there is another connection with the place, the design was inspired by the book Mysterious Řásnovka. There is a passage in the book where the author describes how an unknown boy made a nail groove into a wall of soft material many years ago. Since then, boys and girls have been running their fingers in the rice like in a dormitory. Even the writer himself. The groove is located in the wall about ten meters from the entrance to the library.

Five finished, another on the way

Five benches have already been placed all over Prague. One is located in Riegrovy sady, the other in Grébovka. The third bench adorns Stromovka and the fourth is located in the Old Town of Prague in the Mystery Puzzle. They all beautify places that are in some way connected to the work or life of a well-known Czech writer, who has written more than 20 books for children and young people. Mr. Pokorný carved benches out of hardwood to make them last long. The latest is specifically made of oak.

Supporters of Jaroslav Foglar’s work contributed to the bench. The carving lasted about two months. Its price is around twenty thousand crowns. At the moment, the scouts have selected other places. “Certainly we want one bench to be created for almost every book Jaroslav Foglar, “help Roman Šantora. It is said that Foglar’s work cannot be grasped in specific places through benches. “He revealed very little where the events took place. But he revealed some things, “says the scout. The benches are reminiscent of the places where book passages relate. 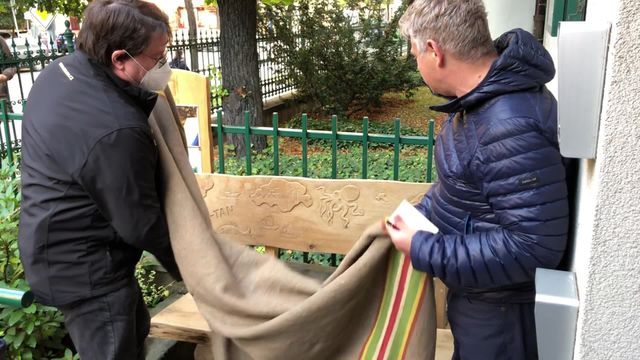 The ceremonial unveiling of the bench on which the blanket from Jaroslav Foglar’s apartment lies. Maybe the Hawk was lying on it in the camps Jan Dařílek 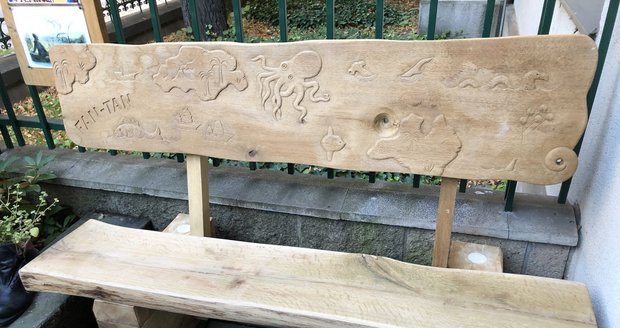 In Prague, a new tram loop is operating near the Depo Hostivař metro station

‹ Quake in the Hanover region on Wednesday: what’s behind it? › Toulouse. The famous metal band Bring Me the Horizon arrives at the Zénith