The escalation of fuel prices is a reality. Regarding the increases, diesel increased by 3.5 cents and gasoline by 2.5 cents. There are news that the bus sector may go bankrupt with rising fuel prices and that some companies may leave Portugal.

In our country there are already stations where the fuel exceeds 2 € / L.

Gasoline price exceeded 2 € / L at a service station in Beja

According to data from the General Directorate of Energy and Geology (DGEG), the price of diesel has risen 38 times and has fallen only eight since the beginning of the year. As for gasoline, it increased 30 times and declined only seven since January. DGEG data show that the average price of a liter of gasoline 95 in Portugal currently costs 1,717 euros, while that of diesel is worth 1,518 euros.

In an image that has been circulating on social networks, it is possible to see that the price of gasoline exceeded 2 € / L. It is a gas station located in Beja. 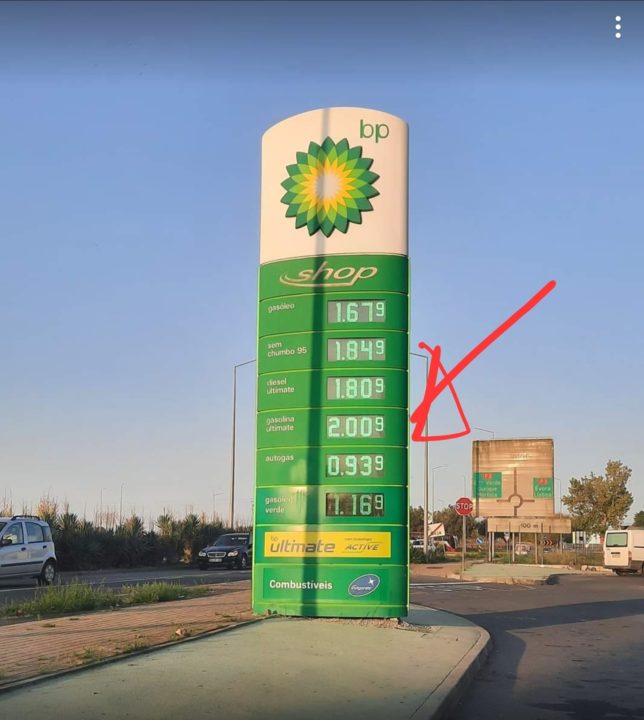 According to recent information, even with the rights at maximum values, the Government maintains the additional tax rate on Petroleum Products in the State Budget for 2022.

Regarding the increases, the Government approved last Friday a law that allows the correction of maximum marketing margins for simple legacies and bottled LPG. Matos Fernandes, Minister of Environment and Climate Action, explained that this measure "will allow the Government to intervene in a portion of the correction of package prices, as precedents of the former sellers", but that "the price of packages is essentially corrected for the price of the primary good, which is oil" and " then no government has the capacity to intervene”.

‹ How do you make the immigrant population feel «at home»? – Human rights service › AS Monaco presents the official photo of the 2021-2022 season