In the 22nd Swiss Sommelier Championship «Meilleur Sommelier de Suisse ASSP 2021», which is under the patronage of Swiss wine I am “Hotel Splendide Royal” took place in Lugano Fabien Mene of the M3 restaurants group named the winner. Second place could be Mikaël Gro from the “Hôtel Beau-Rivage” in Geneva, 3rd place is shared ex aequo Jennifer Badino from «The Chedi, Andermatt» and Anna Valli from the “Rélateur Istituto Formazione Continua” in Bellinzona.

The 16 candidates from the three language regions of Switzerland competed in the national final for the title of “Best Sommelier in Switzerland 2021”. They were rated by a national and international jury: Below Paolo Basso, best sommelier in the world 2013, Marc Almert, winner of the Sommelier World Championship 2019 or Giuseppe Vaccarini as well as the representative of the International Sommelier Association ASI Samuil Angelov from Helsinki. 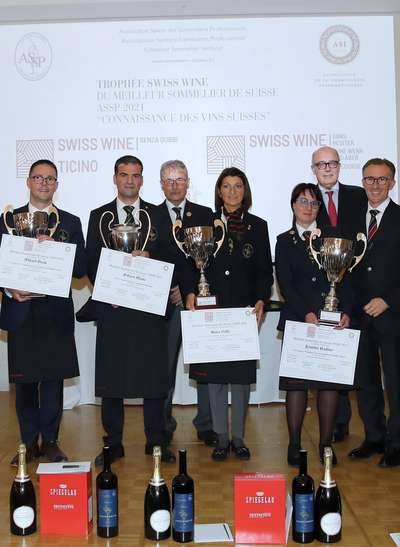 All competition is primarily aimed at the best Swiss wines in an international contextin order to increasingly promote and offer these in the catering and hotel industries.

WHO continues testing after interruption