Doubice as the most remote suburb of Prague. The election results are outside the village

A third more voters than the population living in the village arrived to vote at the weekend in Doubice in the Děčín region. This picturesque village is one of the famous cottage areas, so people voted for the ballot. Only 112 people are registered for permanent residence here, there were 135 votes in the ballot box on Saturday afternoon. The turnout counter eventually stopped at 84.91 percent.

Martin Schulz, a commentator for Free Europe and the Diary, who was also the mayor of this village in the past, called Doubice the most remote suburb of Prague. He had many reasons for this. One of them was the results of the elections, which never correspond to those at the border, but rather resemble the results from some parts of the capital. In the last parliamentary elections, a pair of coalitions, which have so far formed a new Czech government, clearly won here. Together, 32.83 percent of the vote and Pirates and Mayors 27.61 percent, the third YES 24.62 percent. For example, the Communists or the Tricolor candidates, together with the Private and the Free, received one vote each in Doubice.

YES won almost everywhere. An exception in the Děčín region was Doubice, Hřensko or Kytlice

The door did not open in the polling station, at times moments had to wait in the hallway. Those who were in no hurry made the wait more pleasant with draft beer, because there is a small bar on the ground floor of the municipal office where the vote took place. “It was unbelievable on Friday afternoon how many people came. There were more than a hundred of them during the first day, “described Tereza Maxinová, the recorder of the local district commission, in the Doubice electoral race. At one point, they were even afraid that their ballots would be enough, and they wondered if they would rather go to nearby Krásná Lípa or Rumburk for another.

Half of the voters voted on the voting card in Doubice. “For example, a group of cyclists from Lovosice came, who were accommodated at one of the local boarding houses at the weekend, which they bring to vote,” the recorder mentioned. A number of local cottagers, who are enjoying the coming autumn in Bohemian Switzerland, also came to cast their vote. Almost all of the locals came to vote, who are in Doubice not only to apply for permanent residence, but also actually live here. Many Doubickýs have been living abroad for a long time, from Vienna to Australia. “If we subtracted these people, we were close to 100% local participation,” Maxin laughed. 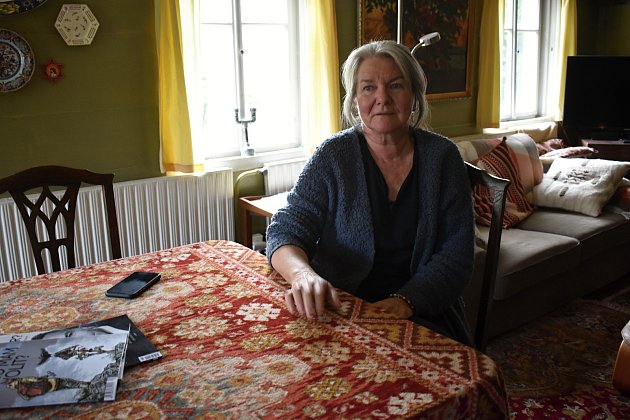 And how do they see the local election results? “It simply came to our notice then. Finally! “Dominika Slonimová welcomed with a satisfied smile on the face of the Deník reporter on the doorstep of her cottage, for whom the parliamentary elections were a premiere without a Zvolen card. She used to vote in Doubice as a resident of Prague, now she has a permanent residence here.

“I met a lot of Praguers at the polling station, especially young people. At Fabrica, for example, there was a group of technicians who elected Pirates. When they announced the results, they were celebrated heavily until the morning, “Slonimová described. In her opinion, it is not important that the Pirates won only four seats and many can win among this year’s losers. “One would not do without the other. We all won. When they support each other, we move back from east to west. It was already unbearable what they were showing. Martin would be happy about that. I think it is the tightening of the Velvet Revolution, “consistently the widow of Martin Schulz, with the election being the last chance for many of the young people she spoke to. If it was not possible to form a government of democratic parties, many of them, according to her, left the Czechia because they would not want to live in such a country.

The world designer is an admirer of Prague. I envy you for being born here, says Philipp Plein

Will Dynamo manage the match with Slavia Prague on Sunday?

Will Dynamo manage the match with Slavia Prague on Sunday?

‹ this great competition which he attends is very embarrassing for him … › Delta Air Lines is returning to Prague, and will resume connections to New York from May