Tonks from Harry Potter, chauvinist journalist from Stranger Things or Holly from the Red Dwarf. Everyone has a date at Comic-Con in Prague

Caption: Natalia Tena as Nymphadora Tonks, who, as we all know, only says by last name

Man does not live by bread alone. The driving force also makes him an all-human culture that penetrates every remaining space of human attention. All of Harry Potter’s acquaintances, most of us on the wings of the Dragon of the Thrones, and many of us poured laughter under the table at the Red Dwarf, a legendary sci-fi comedy series from the UK. And it is the actors of these seeds that will appear at the Comic-Con in Prague.

What is Comic-Con anyway? The world’s most famous pop culture festival. The festival focuses on films, series, games, comics and books, especially in the genres of science fiction, fantasy and horror. At one event, the visitor will meet an unprecedented number of actors, comic book artists, writers and other artists. In recent years, Comic-Con has focused a lot on the culture of mutants with super abilities. Comic-Con Prague will start its second year from 15 to 17 October 2021 at the University of Prague. The second year of the Prague Comic-Con has already been moved twice due to the covid. The first date of the event was set for February, the second for May. Not a single date came out. The upcoming term looks promising. Tickets purchased for the February and May dates are, of course, also valid for the upcoming one. 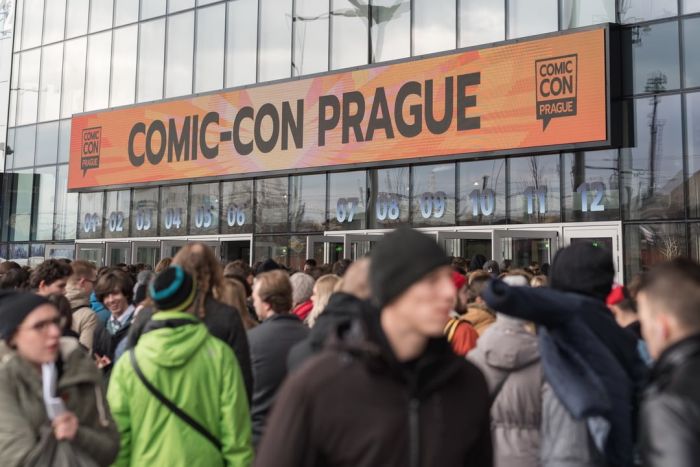 The Comic-Con Prague Festival is based on a proven foreign concept, which is known all over the world and has a long history. The first took place in 1970 in the United States. A film from last year, which took place last February. Photo Comic-Con Prague

“We have done everything to deliver Comic-Con Prague fans, despite the difficult global situation, at least the festival they expect based on past success. Therefore, I am glad to announce the receipt of more stars. Actresses Natalia Tena, Torri Higginson and Anna-Louise Plowman have recently confirmed their participation, as well as actors Jake Busey, Toby Stephens and Norman Lovett, “reveals Pavel Renčín, Marketing Director of Active Radio, NoLimits Production Division, is co-organizing the event. 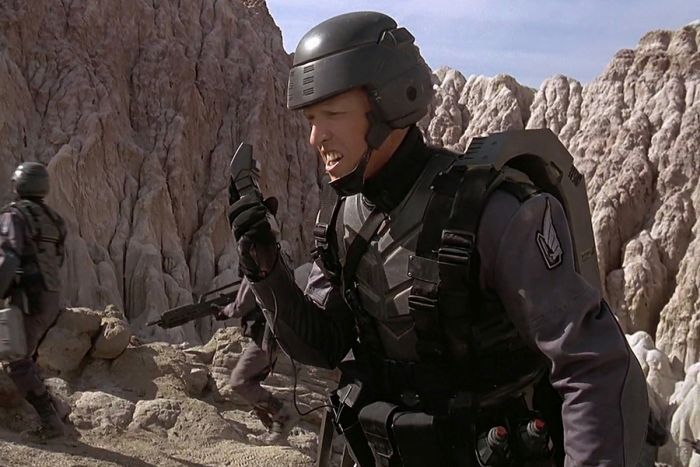 Jake Busey starred in the iconic Ace Levy’s Star Infantry. It will be at the Prague Comic-Con on Friday and Saturday. Photo Pictures of TriStar

British actress and singer with Spanish ancestors Natalia Tena is best known for her roles as the Auror Nymphadora Tonks in the Harry Potter series, Oshy from the Game of Thrones and the Mandalorian series. For example, Canadian actress Torri Higginson starred in Stargate: Atlantis – Emergence. Fans know the fragile New Zealander Anna-Louise Oráč primarily as the powerful Osiris from the Stargate. Also appear in a number of other series and movies, including the Lord of Time, Under the Black Flag or The Sorcerer. You can see a typical representative of heartless lunatics, the American actor Jake Busey (son of Gary Busey, a famous actor known from Break Point, for example) in the Stranger Things series or the films Star Infantry, Phantoms and Contact. English actor Toby Stephens became famous as a villain in the Bond film Don’t Die Today and also with roles in the series Lost in Space or Under the Black Flag. British actor and stand-up comedian Norman Lovett unforgettably played the role of Holly’s on-board computer in the cult series The Red Dwarf. Actors and actresses will also feature: Edward James Olmos, Hugh Quarshie, Neal McDonough, Sylvester McCoy, Crystal Reed and Ray Stevenson. The organizers are preparing another acting surprise. When and where exactly you will see these famous faces will be found in a matter of days HERE. 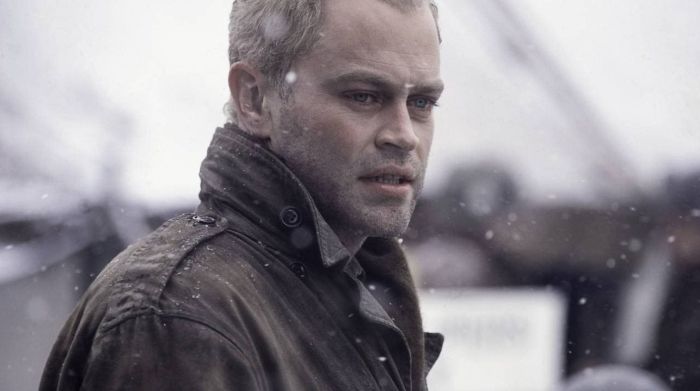 Neal McDonough as Buck in the Brotherhood of the Intrepid. Photo by HBO

“Visitors can take a photo together with their favorite actors and their autographs via the e-shop, and comics creators, writers and other celebrities will also be able to sign for free on the spot. The legendary British artist Glenn Fabry will arrive in Prague, “says the festival’s program director Václav Pravda. His participation has already been confirmed by comics creators Francesco Gerbino, Stewart Kenneth Moore, Marco Turini, Mikel Janín, Clint Langley, Aidan Hughes, Marco Russo, Alice Slavíčková, Petr Kopl, Jan Tatarka, Nikkarin and Dan Černý. It will also be possible to meet the American producer Shaun O’Banion, the creator of visual effects Jiří Kilevnik and Vladimír Valovič, at the festival. Writers include Una McCormack, Miroslav Žamboch, Ondřej Neff, Vilma Kadlečková, Jan Kotouč, Petr Mack and many others.

A little of that future at your fingertips

A special exhibition called FutureCity will be installed at the second year of Comic-Con Prague, which will take place from 15 to 17 October 2021 at the Prague University of Economics. Take advantage of the latest virtual technologies will take those interested to Prague in the near future. The FutureCity project is created in cooperation with the festival organizers and the City Hall. m. Prague and 4 city companies. 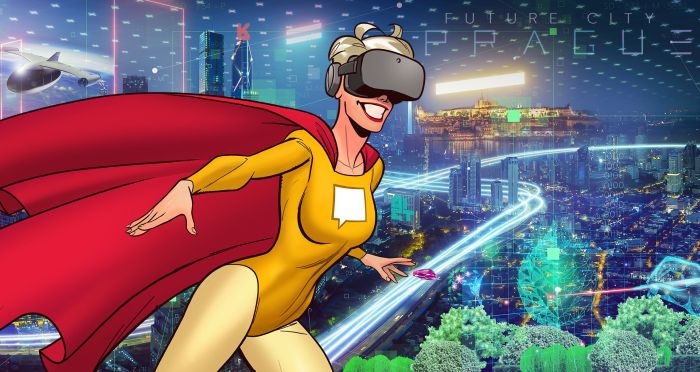 Visual of the exhibition, photo by Comic-Con Prague

A special exhibition called FutureCity will offer those interested an unconventional experience in the form of a virtual trip to Prague in the near future. “After entering the space-time capsule, we will take passengers on a journey into the future. They will find themselves in Prague driven by modern technologies and controlled on the basis of data in metropolises, which is much cleaner, taller and also much greener. During the trip, you will meet the ruler of the underground empire, visit a transport exchange or a biological wastewater treatment plant, “reveals Pavel Renčín, marketing director of Active Radio, on behalf of the organizers.

‹ The Czech Republic shall act on behalf of the President, with the President of the Republic › comment the neo-aquitans could lead the project