Hana Marvanová is facing a lawsuit from the casino. Prague will join the dispute

The city leadership’s efforts to regulate gambling led to the adoption of a decree that completely bans gaming on slot machines, which are also popularly called “boxes”. Gradually disappear gradually by the end of 2023. These are devices where players take money and hope that luck will smile on them and make a win. Technical play according to the rules that have been in force since 2015 can only be in companies operating so-called live play.

This means, for example, roulette or various wheels of fortune. However, many people have criticized the fact that often in casinos live play is basically only for the form, no one plays it here and in fact these are casinos full of slot machines.. The Customs Office for the Capital City of Prague also referred to them as the so-called quasi-casino. m. Prague, which performed inspections.

Marvanová is sued by the Happy Day company, which, among other things, operates a casino on Wenceslas Square. Even before the start of negotiations the judge asked if the two parties could reach an agreement, but the company’s lawyer refused. The company is mainly bothered by the statement from last September, when the councilor spoke about the fact that she visited a number of companies and wanted to know what the real situation is. According to her, casinos where mainly live games are played were more of a minority. “At first I believed that casinos with only live play could not survive economically, that it had to be combined with slot machines. I saw it as a logical argument before I went to the casinos, the owners who spoke to me, to watch. For example, the Happy Day casino on Wenceslas Square. I thought it was a luxury casino. I found out that it’s just a game room, that there are only slot machines, “ was heard at the council meeting.

Why do they really mind?

This is exactly what the company that is suing her can do to damage its reputation. Marvanová’s lawyer Ladislav Málek paused in court over why the name gaming room actually bothers the casino. ‘The word’ gaming ‘implies an activity which the applicant carries out on dozens of technical installations and it doesn’t contradict it in any way. In itself, it seems strange to me that the use of this term must have raised some doubts that it could have come from interfering with his reputation. “ he said.

The councilor insists that at that time she described only what she saw and also spoke more generally. “When I visited the casinos, then indeed, only some of them are casinos where it lives and there are croupiers with live play, “ she said after the meeting.

The defense also allows, as one of the proofs, on the casino website, where there are photos of the interiors and it is clear on them that there are dozens of slot machines inside, and according to Marvanová, it looks the same as when it was in the company.

What do the camera recordings say?

The prosecution wants as one of the evidence the above-mentioned camera recordings from the time when the councilor visited the casino. That is why the court postponed to December so that both parties would have time to get acquainted with them. The judge submitted that they consider these materials to be essential evidence. The casino’s lawyer said that only a few minutes were important from the records.

Marvan’s indictment also criticizes the fact that she said that at the time of her visit there were no staff at the tables for live play. for the needs of those interested in the game. The company, on the other hand, claims that the record shows that they played normally throughout their visit and that the company operates under the conditions laid down by law.

The capital also wants to intervene in the whole dispute as an intervening party. “The capital has a legal interest in the outcome of this dispute, because the plaintiff is conducting various proceedings against Prague for the adoption of the decree, for example at the Office for the Protection of Competition,” Marvan remarked in court.

The decisions taken by Prague councilors on Monday allow cities to actually get involved in the dispute. “I am glad that Prague is entering into this, because the lawsuit is relatively absurd. That we feel slandered is a valid reason, in fact there is disagreement with the regulation of gambling, “commented Marvanová.

The intervener’s position now allows the city’s representatives to take an active part in the proceedings. Given that the lawsuit is aimed directly at Marvan, it has not yet had such an opportunity. The next meeting is scheduled for December 3, at which Prague will already be able to comment. 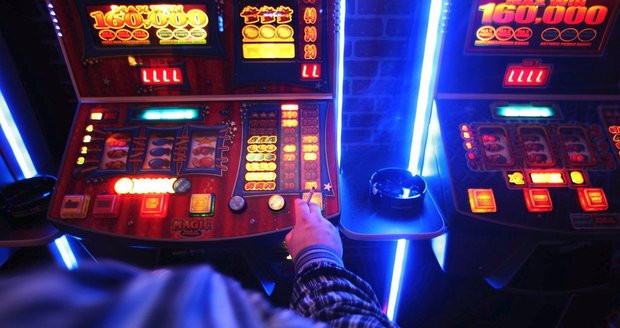