Babiš’s crushing victory, which is a loss without the Castle. Commentary by Štěpán Cháb

After the election, every general is, and in ours, several of the generals hatched. The TOTAL coalition won. Seemingly. Why seemingly? Well, because the TOTAL coalition does not have one parliamentary group. Three clubs will emerge from one coalition. How many deputies will be seated in those clubs? And how much in that Babišov?

Simple question, even simpler answer. Babiš’s club ANO 2011 will hold 72 butts longing for power after the election. The ODS club will carry 34 powerful butts, followed by a surprising occupation of seats by the STAN club, which will seat 33 seats, the continuation of our political cesspool was taken over by the People’s Party with 23 seats, Okamur’s party will occupy 20 seats, TOP 09 then 14 seats. The most beaten were the Pirates who won 4 seats and their dream of a pirate prime minister vanished, well, like the steam. 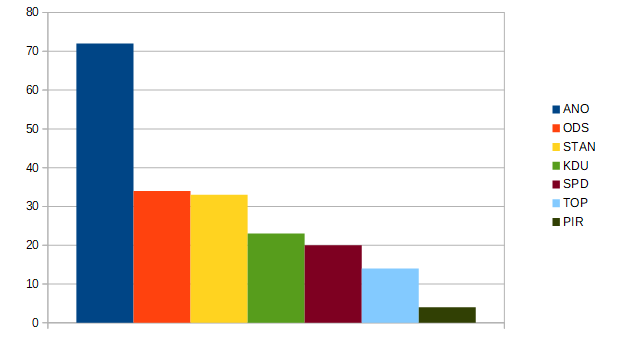 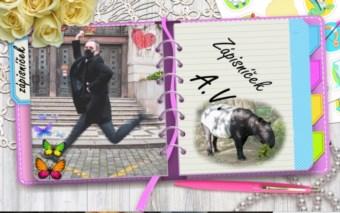 And this is exactly how Miloš Zeman wants to look at the result of the election and, according to this order, also to take into account the game of cat and mouse when forming the government. But as a monster, he became so ill that he had to go to an unscheduled planned stay in hospital. The news brought video recording from his admission to the hospital and seems to be filming the transport of a sick old man before his death. Not a vital master with minor health complications that will be resolved in a few days. It would be nice if it were, if Zeman had cut another reconditioning stay again, which had made him a bad juniper last time, but we will probably have a state funeral in the near future. Looks like it.

So yes, Babiš should be able to form a government. He won the election, logically he should try. A government with the ODS would be very interesting. Honestly, the criticism of YES focuses only on Babiš, but behind Babiš there are no thugs, but center-right politicians who did their job, at least it seems, rationally, without extremes, neither left nor right. The ODS is the same, which instead of the big boss (Babiš) has many smaller bosses in the background. Which is actually even worse, because you can see the big boss (Babiš), you can’t see the small boss, primarily if there are countless of them, and we will all pay the bill anyway. Government YES and ODS? 106 seats? Cool. But it would be a ride.

YES to STAN? 105 seats and a central government that does not go to extremes. Although who knows at STAN, they joined a coalition with the real left.

But the government of ODS, STAN, KDU-ČSL, TOP 09 and Pirates, which should oppose Babiš? This is the hell of our entry into the place of trampling politics. She will be motionless, quarrelsome, and will lead the earth to the ground. Not Babiš, but the anti-Babišov post-election coalition froze us on the spot. With its help, it would often have to deviate to left and right extremes. Isn’t it? That the bypasses across the spectrum of opinions will agree? (If, for example, now Pirates with 4 deputies out of a total of 200 in the House need 2 ministries out of 14 in total, it will be a beautiful epoch buried in eternal argument, … but the fact that their self-confidence after such a debacle still pumps so much endorphin into their pineal gland is admirable.)

Let’s look at Slovakia, where several disparate parties against Fico also joined in good faith. And what do they get out of it? Eternal quarrels and the inability to move Slovakia somewhere. And I really don’t know if we are in a situation where we can paralyze our country and expect us to do a repair in four years. We won’t. There are no more highways and high-speed lines built in our country, no more sidewalks are built in our country. And that’s the rhetoric – will it start to be good without Babiš? Really? Before Babiš’s arrival, Kalousek and Nečas ended, leaving the troughs quite bitten, just like the republic. 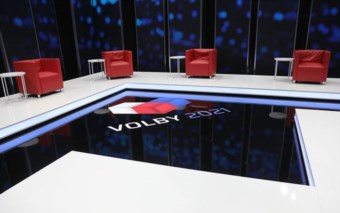 Politics is about agreeing. The ODS and YES could and should agree. Nice to move Babiš to a ministry, watch him there, and allow the republic four years of development, not stagnation. If the government forms five parties in coalitions, we, as a republic, will go to great lengths in the next four years and to the extreme in the next election period. That’s not a good view.