“Russia has rebounded.” Reaction to the victory over Slovakia :: Football :: RBC Sport

The Russian national team, thanks to an own goal of defender Milan Skrinyar, defeated Slovakia (1: 0) in the qualifying match for the 2022 World Cup. How did they evaluate Karpin’s third victory at the head of the national team – in the material of RBC

Valery Gazzaev, ex-coach of CSKA and the Russian national team

“An important victory, but we need to seriously improve the quality of the game. Our whole game was built practically on counterattacks: we defended for two halves, but I would like to emphasize that the result was important. It is worth noting Safonov’s game – he played flawlessly and rescued the team. Let’s hope that if we earn further points with such a game, that’s already good. Therefore, I would like to congratulate our team on the victory, since the match was the most important. You can’t lose points now, – quotes Gazzaeva TASS… 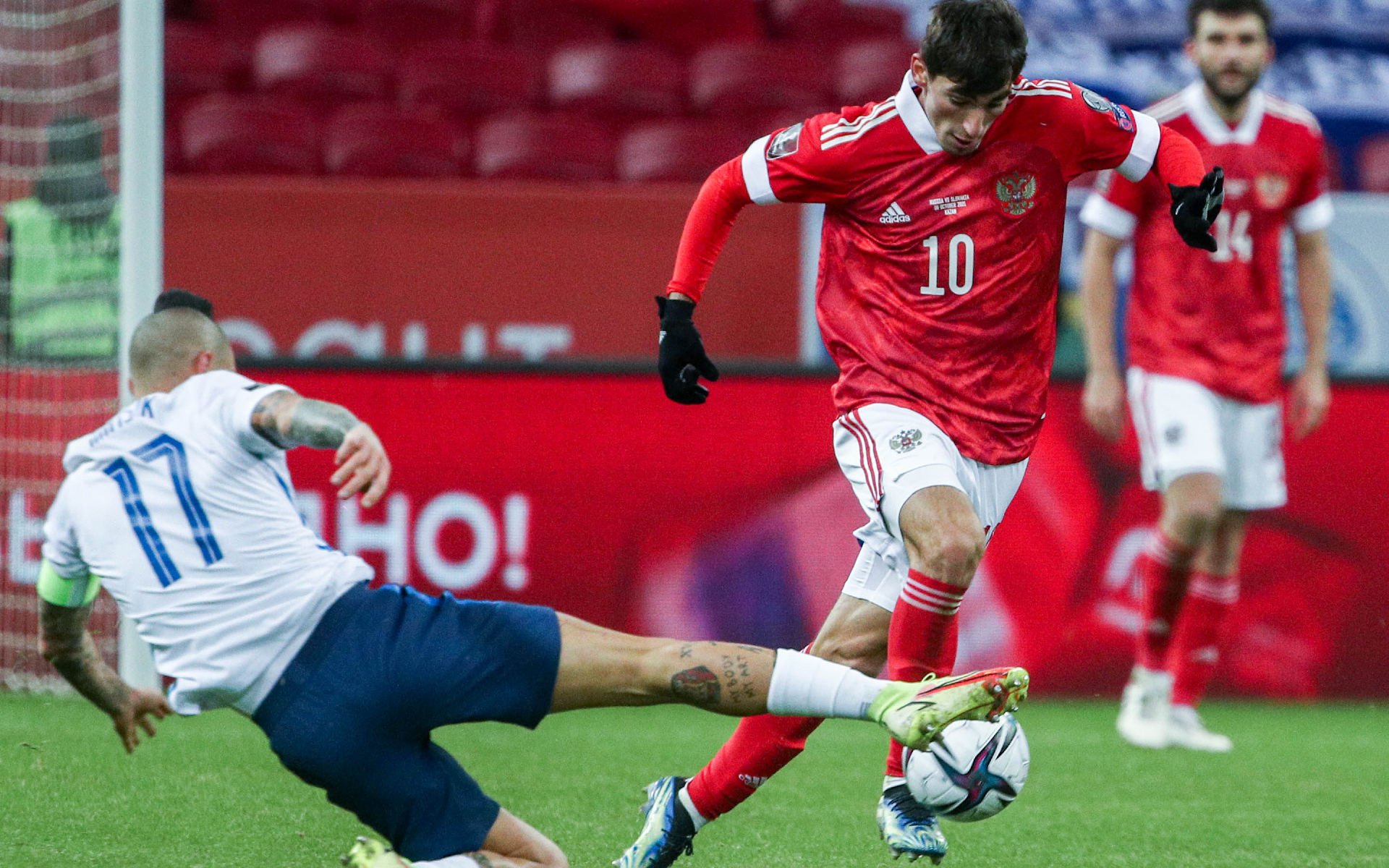 “The game was difficult. I am not ready to discuss the quality of football. The most important thing is that we achieved the desired result, despite serious personnel losses. Congratulations to the coaches and players on the victory “, – said Semin Sport24.

The former Lokomotiv goalkeeper believes that despite the problems in choosing players, the head coach managed to achieve a victorious result

“In such matches, the main thing is victory. I am very pleased with the victory of our team, very important three points. Valery Karpin found himself in difficult conditions, many players could not play for various reasons, but still Karpin was able to pick up a squad that won. Now we are waiting for the game with Slovenia, “Nigmatulin told RBC. Sport “.

“Dziuba could help.” What they said about the victory of the Russian national team over Slovakia 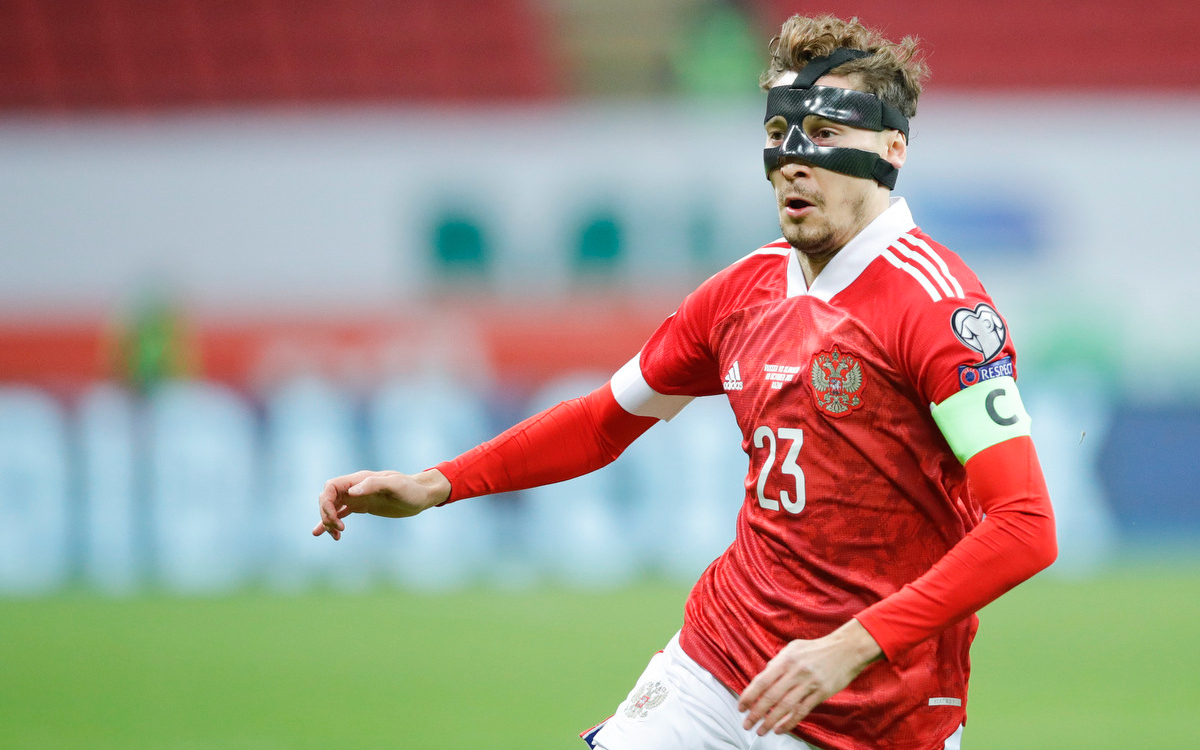 “Awful, very bad game. We all understand that Slovakia crushed us so that we, the poor, did not know how to play football. Safonov and I guessed right, confidently, beat off a couple of times, covered everything. And in the attack we have nothing to remember, except for three counterattacks, which the players drove the stands. Even when a goal was scored, it was by chance that the opponent scored in his own. The goalkeeper had to shout and pick up the ball.

The result is amazing. And after yesterday’s football … It is a pity there was no other football to switch. We must listen to Karpin. Two bright spots – Bakaev and Safonov. Zelimkhan played, ran away, tried a lot “, – declared Mostovoy “Championship”.

According to him, the result in such matches comes to the fore and the national team statistics have good chances in the struggle for a ticket to the World Cup.

“If the team has won, then it is deserved. However, today the national team has exhausted its limit of luck today, because the Slovaks played better. Total superiority in ball possession, twice as many shots, scoring chances. However, I was pleased with the defense game, a reliable game. Karpin made substitutions, changed tactics, which led to the fact that there were fewer dangerous moments at our goal. In such matches, the result is decisive, we keep real chances to compete for a ticket to the World Championship “, – declared Koloskov in conversation with TASS…

Dmitry Bulykin, ex-footballer of Lokomotiv and the Russian national team

“The impressions from the game are not very good, but the result is pleasing. Therefore, you need to forget this game and prepare for the next one, which will be in 3 days. Today I didn’t like the number of chances to score, possession of the ball, but I liked the performance, the realization of the chances and the way the guys defended.

I can be absolutely everyone together with the coaching staff, because we have achieved the result. We all know that there are such games. There is a football saying: “Games are forgotten, but the result remains” – this is just right for today’s match. And despite this, the forecasts for Slovenia are optimistic. I believe in our team and support it. I want ours to win, – said Bulykin “Match TV”.

“The national team played badly today. Very weak. But at the same time, you can lose, but you can win. With such a composition, it was necessary to somehow win. Karpin did it. It was clear that there would be no game. Now we have the most important three points in the fight for a ticket to Qatar. We believe in the team “, – wrote Guberniev in his Telegram channel.

“The national team of Slovakia in the match with Russia was the best in all components. And we created more scoring chances. The Russian team, having scored first, rebuilt and, as a result, began to play from defense. The Slovaks had nothing to lose: they threw all their strength to equalize, and then, if they were lucky, to win.

The Russians were better in dedication. Russian footballers are great to play in defense, and the goalkeeper was generally one of the best on the field. The Slovaks attacked, but, unfortunately, they could not do anything. Russia has certainly rebounded, but for whom is it easier? Everyone will forget the game: only one result will remain in history. Congratulations to the Russians. An important victory for you “, – said Dyuritsa “Championship”.

“I will say the words of the famous commentator Ozerov:“ We don’t need such football ”. I think that they played simply shamefully, it is clear what suits them, but it is a shame to look at this disgrace. Playing at home with 28% of the ball is horror. When the goalkeeper of the home team is recognized as the best player, it is sad. The game was very reminiscent of the national football league match ”, – said Selyuk “Metaratingi”.

“Why wait here? It won’t get better. So far so. Slovaks played alone, scored themselves and owned the ball. The next match is goodbye. With such a game, the Russian national team will not go anywhere. Complete helplessness. Absolutely toothless team. Why doesn’t it work? I am not an expert, but even with the naked eye an amateur can see that something is wrong. Matvey Safonov is great. Probably the best of the whole team. Kuzyaev captain? I was not surprised by this. Who cares who the captain is? Kuzyaev is good at Zenit, and anyone in this team will be lost. I can’t do anything. I think that all the questions are only for Karpin, because he has not made the team yet. You need to either give him time, or remove him “, – said Boyarsky “Sport-Express”.

Boyarsky also noted that the Russian national team has no teamwork in the team.

The Foreign Ministry writes “the expulsion of Russian diplomats from Pristina.”

In Ukraine, they told how Russia “outwitted” Europe

Merkel discovered “substantial differences of opinion” with Putin back in 2001