Search for missing persons, exercise in Pisa: 100 operators on the ground and in flight

About 100 operators are involved in the exercise that took place yesterday in Pisa to test the effectiveness of the new provincial plan for the search for missing persons. The extraordinary commissioner of the Government for missing persons, Silvana Riccio, was also present at the operations, coordinated by the prefect of Pisa, Giuseppe Castaldo, who in the press conference in the prefecture underlined how the exercise presented a precious opportunity to consolidate the synergies between the various components involved, pooling technical skills and tools and providing further useful elements for the definitive approval of the provincial research plan.

The search, rescue and rescue activities involved an adult and began in the urban area of ​​the municipality of Pisa, and then concentrated in a “mixed” environment within the San Rossore Park. Also used 3 helicopters (Guardia di Finanza, Fire Brigade and Harbor Master’s Office), 2 drones (Fire Brigade), a “molecular” dog unit of the Carabinieri Dog Center in Florence, 5 dog units (Guardia di Finanza, Fire, Volunteer) and 2 naval units of the Port Authority. 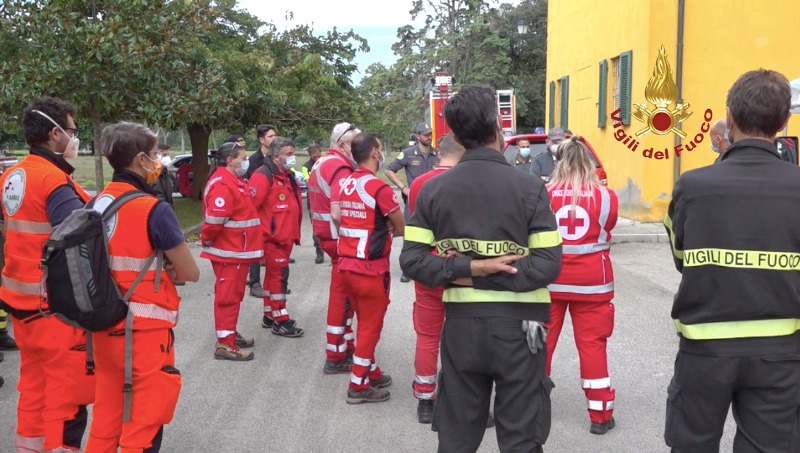 In particular, the various actors involved in the exercise belong to specialized components of the State Police, the Carabinieri, the Finance Police, the Fire Brigade of the Province of Pisa and of the 118, as well as personnel of the Municipality of Pisa, of the Maritime Directorate of Livorno, of the Migliarino Regional Park Authority, San Rossore, Massaciuccoli, of the Provincial Voluntary Service. Furthermore, the event represented an opportunity for the use of the resources provided for in the memorandum of understanding signed between the prefect Riccio and the Chief of Staff of the Guardia di Finanza – Gen. CA Umberto Sirico, which aims to consolidate the collaboration with the prefectures in the search for missing persons. Specifically, the coordination procedures for the use of the Alpine Rescue of the Guardia di Finanza (SAGF) ​​and the Corps aircraft, equipped with modern technologies useful for research activities, such as monitoring and geo- localization of “IMSI – IMEI Catcher” cell phones.

During the press conference, the prefect Silvana Riccio stated that “our database shows that 270,000 people have disappeared in Italy from 1974 to today and the recovery rate is about 60%. The figure is also 60%. Referring to missing minors, in overwhelming Italy of foreign origin and who arrived in Italy unaccompanied and for whom the reception centers that host them or their legal guardians report the disappearance “.

“In Europe – concluded the extraordinary commissioner – our commissioner structure within the Ministry of the Interior is considered a best practice and we are seen as a model to be followed by many European countries because we have a synergy between police forces and other capable institutions. to ensure timely and effective responses “.

All the news from Pisa

the Arena Garibaldi regains the charge of the 6 thousand

‹ The president recalled to the portable ballot box. Just like seniors in Prague 8 › Teachers from Mazovia will support Saturday’s protest in Warsaw [POSŁUCHAJ] – Warsaw and Mazovia – the latest news in RDC