Russia “burned” the Czechs, but snatched the victory! An elegant three-move led to the decisive goal 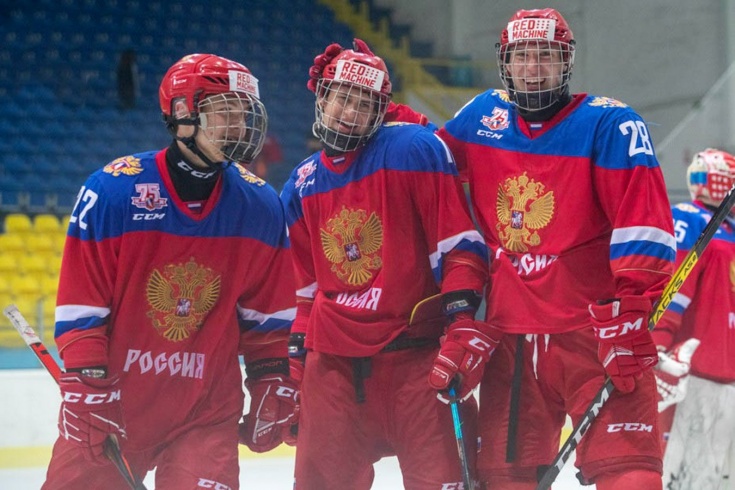 Playing in the main components of the junior teams match.

On October 8, a series of three friendly matches with the participation of the junior teams of the Czech Republic and Russia started in the Czech Pribram. The teams met at the beginning of August in the Glinka / Gretzky Cup memorial, and then the Russian hockey players turned out to be stronger, having won with a score of 7: 3. Since then, our junior’s application has undergone major changes. A more experimental squad went to the Czech Republic, and of the winners of the August tournament, only forwards came out on the ice today Gleb Trikozov and Daniil Davydov, defender Artyom Baraboshaas well as the goalkeeper Sergey Murashov, who had been on the bench two months earlier.

There was also a small surprise in the lineup – a nominal defender Alexander Diehl involved in the attack. “Now, due to the pandemic, entry is submitted by the host party, in advance, in advance, it is impossible for new players to enter. At the last moment, several attackers were unable to travel with us – some for health reasons, others because of visa problems.

How did you decide what Diehl will play? In the training process. He’s a smart guy, quick to grasp. Technical training is at a decent level, and besides, he is a team guy. I asked, “Are you ready?” he said: “Yes, I’m ready,” writes the head coach of the junior team. Vladimir Filatov…

But other players came to the fore in the match. In the opening of the meeting, Trikozov earned a two-minute penalty, but the Russians held out in the minority without any problems. A few minutes later they got the right to play the already superfluous – after a protracted possession in the zone of the Czechs, the puck got to Roman Katserovwho hit the gate Yana Shpunara – the main goalkeeper of the team at the Glinka Cup – and opened the scoring.

The wards of Vladimir Filatov did not rejoice for long. Within three minutes Frantisek Formanek restored equality, taking advantage of the mistake of the gape of Murashov, who was distracted by another opponent. At the end of the period, the Czechs did come out ahead, having realized the majority. Ricochet from the skate of the defender of the Russian national team won in favor Edward Chalet… The puck turned out to be crazy – here Murashov could do nothing to help his team.

But the next host of the site was already on his conscience – the Russians tried to quickly recoup at the beginning of the second twenty minutes, but in one of the retaliatory counterattacks they allowed Marek Soukup unimpeded to hit the goal. The puck, slipping under the goalkeeper’s hand, slowly crossed the ribbon, Russia “burned” 1: 3. Murashov immediately went to the bench. Instead of him appeared at the gate Gleb Saranchuk, to which the end of the meeting managed to leave the gate intact.

The only thing that the Russians could answer in the second second was another goal in the majority. This time Davydov substitute the club and make a successful correction after Barabosha’s throw from the blue line.

Our juniors looked more active at the end of the second – beginning of the third periods, but they did not succeed in winning back. Too frequent deletions also interfered. However, during one of them, the Russians managed to provoke an opponent into a reciprocal penalty. In the four-by-four format, Vladimir Filatov’s wards were still able to level the score. Kirill Dolzhenkov did not allow the Czechs player to leave the zone, deftly took the puck and threw it into the Shpunar goal.

And three and a half minutes before the end of regular time, he also established the final score of the meeting, having realized the next majority after an elegant three-move.

4: 3 – Russian juniors began a series of friendly matches against the Czech national team with a strong-willed victory. The next game is tomorrow.