Dusseldorf Generation change in difficult times: Benjamin Gruschka new chairman of the works council at Ford in Cologne. The employee representatives confirmed his election on Friday after a meeting of the committee.

Benjamin Gruschka, 41, succeeds Martin Hennig, 62, who is retiring from the works council after eight years as chairman at the most important German Ford location. Hennig will initially remain Chairman of the General Works Council for all German locations. Gruschka should also take over this post for the foreseeable future.

IG Metall is thus introducing another shorter car location, a step-by-step generation change in employee representation. The group of 40-year-olds takes over the leadership and replaces the 60-year-olds. Daniela Cavallo, 46, has headed the VW works council in Wolfsburg since spring. She had taken over the post from long-time chairman Bernd Osterloh, 65.

Benjamin Gruschka is facing the much more difficult task at Ford in Cologne. The US group has been on a downward path in Germany and throughout Europe for a decade. The car sales figures keep falling. Accordingly, production and the importance of the company’s own factories are shrinking. Ford only makes good money in Europe with vans and light commercial vehicles. But these vehicles do not come from the German car plants in Cologne and Saarlouis, but from Turkey.

Top jobs of the day

Find the best jobs now and
be notified by email.

Benjamin Gruschka knows exactly what he’s getting into. At Ford in Cologne he was built up over the years by IG Metall as the successor to Martin Hennig; as a member of the works council and as head of shop stewards. He has also made a name for himself nationwide in the trade union ranks as a member of the IG Metall executive committee.

At Ford, Gruschka has already experienced significant cuts – like the last major restructuring plan at the beginning of 2019. Ford has its workforce from before at the German location alone. Another 5,000 employees in the other European locations are leaving.

Gruschka is not put off by the difficult situation at Ford. “Somebody has to do the job at last,” he says with a touch of self-irony. The company’s new, unpleasant operational decisions could be expected as early as next year. Resolutions over which he can only exert limited influence.

It is becoming very clear that Ford is facing another round of the ongoing downward trend. The biggest problem is the Ford factory in Saarlouis, where capacity utilization and production are only guaranteed until spring 2025. The Focus compact model is currently rolling off the production line there. The factory in Saarland employs around 5,000 people. 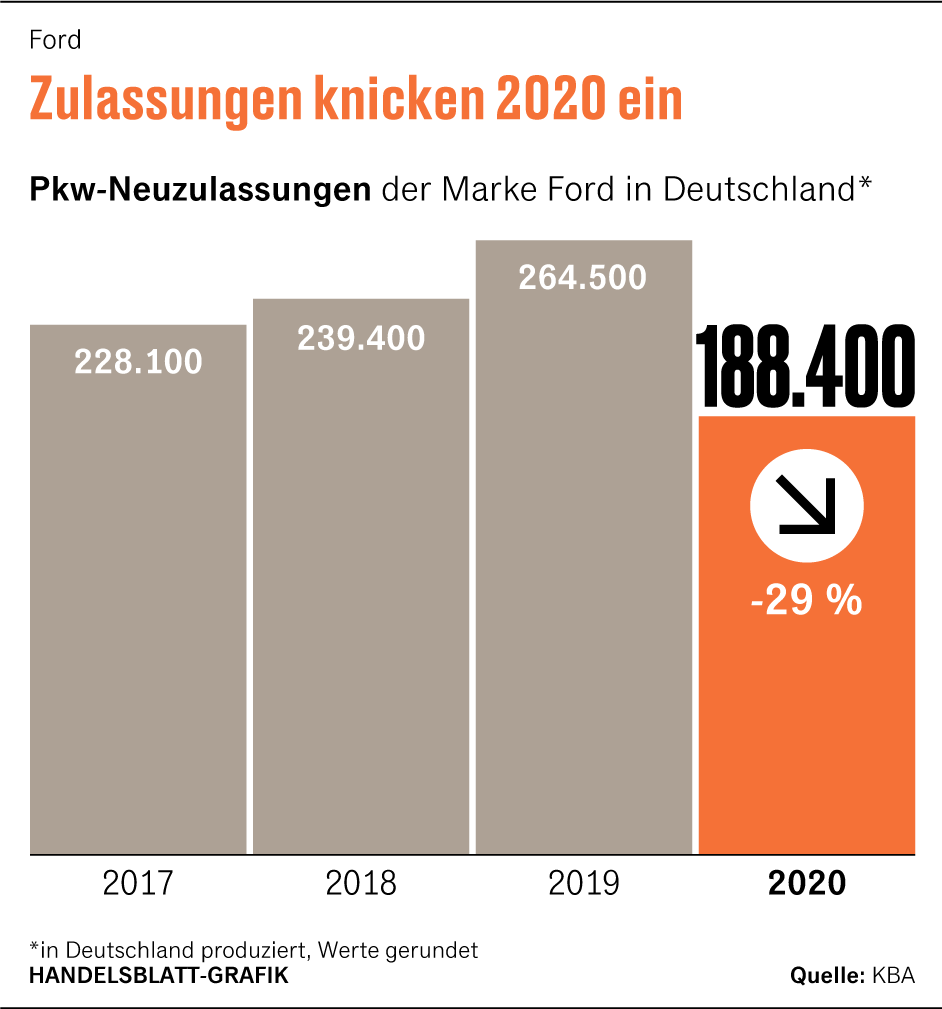 Ford has announced a major electrification offensive for its European group. From 2030 on, the US automaker will only sell fully electric cars in Europe, and not even hybrids will be in the model range. From Ford’s point of view, one of the European car plants still in existence today will no longer be needed. Saarlouis and a factory near Valencia in Spain are available.

Benjamin Gruschka will of course be committed to helping his colleagues in Saarland. But even he has a hard time assessing how the US company WILL decide in the end. “We have to see what’s coming,” says the new head of the works council.

The decision on the future of Saarlouis is likely to be made in the new year. So far, the company has not wanted to specifically decide when it will finally be due. So far, it is only clear that the decision will not be on the agenda until 2025, when the Focus in Saarlouis expires. “From the product cycle, you have to say where you want to go much earlier,” said Ford Germany boss Gunnar Herrmann last in an interview with the Handelsblatt.

Even if the works councils should succeed in rescuing Saarlouis next year, the time after that won’t get any easier. Ford will likely give up other locations. The US group currently has five engine plants in Europe, one of them in Cologne with around 800 employees. With the full electrification of the model range by 2030, Ford will need neither gasoline nor diesel units in the future. Benjamin Gruschka will also have to deal with further closure plans.

Who will finally take care of Teddy in Cologne? He never had a real home

Clear victory in the Rhine derby: Düsseldorf wins 6-1 in Cologne

‹ The districts affected Monday by the work of the 3rd metro line, from › Lavrov: Russia is important to work with the German government, whatever it may be – Politics