The mix of Xavi and Iniesta that Barcelona discovered in Portugal

He just turned 17 and is already a phenomenon. One more, by the way. It has pure La Masia DNA, always in contact with the ball, in a trademark way of playing.

A player to Barcelona, ​​​​therefore.

He remembers Iniesta, for example, in the way he goes out in dribbling, how he plays, how he reads the game, how he rolls to one side and the other, how he touches the ball over opponents to get it on the other side. But he also remembers Xavi, in his ability to pass, in his positioning, in his defensive work. In the end, it is neither one nor the other, but it is a mixture of the two.

On Tuesday he made history by becoming the youngest ever international of the Spanish national team. At 17 years and 62 days, he set a record with almost 86 years: he overtook Angel Zubieta, who in 1935 had worn the national team’s top jersey at 17 years and 284 days.

His name is Pablo Gavira and everyone calls him Gavi. Memorize this name.

He was born in Los Palacios y Villafranca, a municipality in Andalusia, the son of Pablo Gavira, who dedicated his whole life to tourism: first as a desk job, then as a counter. He only had to serve in bars when his son moved to Betis and the Seville club invited him to work as a wardrobe, offering him the best conditions.

Gavi started at local club Liara Balompié, scored 96 goals in one season and after a year just made the leap to neighboring Betis. At the Seville club, he even had the right to be a collector’s card. Only ten years old.

«He handled the ball with incredible ease, had vision of the game and physically was already very strong. The more tired the students were, the stronger he felt. It was already very competitive. And then, of course, a family. Humble and very good people. For a child to go far, the family environment has to be very favorable”, said Manuel Vasco, coach at Liara, to El Mundo.

At the age of ten, he was discovered by Barcelona, ​​​​in Portugal. According to his father in an interview with Cadena SER, the Catalan club, like Real Madrid and Atlético Madrid, got in touch with Gavi after the kid was the best player in a Benjamins tournament in the Algarve.

It took place at the 2014 Mundialito, held in Vila Real de Santo António. In what was then considered one of the biggest tournaments in the world for children and Benjamin, Gavi led Betis to the title, with a 5-0 (!) triumph over Barcelona in the final. The youngster from Los Palacios scored three of those five goals, was named the best player in the Mundialito and caught the attention of all the big Spanish clubs.

“He always liked Barcelona very much. When the club showed up to talk to us, he declined to accept an invitation to visit Valdebebas or Atlético Madrid’s training center. It was very clear about that, I wanted to go to Barcelona », revealed Pablo Gavira senior.

“He told me: ‘Dad, here are the best and I want to play with the best.’ He was eleven years old. »

He then traveled to Catalonia, but he did not travel alone: ​​his parents went with him. They all stayed in an apartment on La Rambla. But it was only for a year. After the first season, young Gavi called his parents and told them he was fine, thank you. I wanted to be alone.

“I don’t need them stuck here in Barcelona. I’m going to live in La Masia », his trainers at Barcelona tell him he told his parents.

He moved to the club’s internship center and moved in with Juan Larios, left-back who currently represents Manchester City’s under-23s, and who has become something of a brother: with everything that sibling relationships entail. One day they exchanged hugs, the next day they were pushing.

The relationship was so stormy, between two sons of strong character, that after a year Barcelona decided to separate them. But they continued to be best friends. Until today.

Since he was a child, by the way, Gavi has had a robust personality, which also reminds me of other La Masia products. Xavi. Puyol. Victor Valdés or Piqué. Not to mention Guardiola, of course. 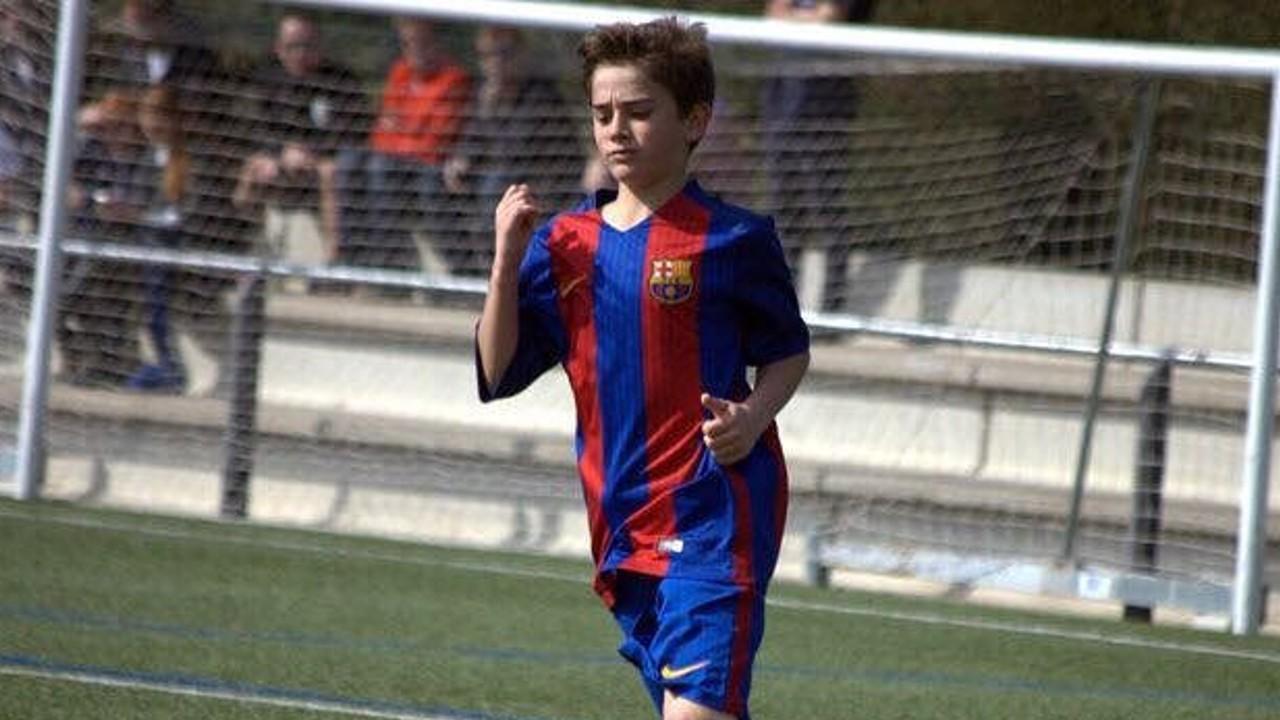 Also to El Mundo, the people of Barcelona tell that when the team was eliminated in the Tournament LaLiga Promises 2016, by Espanyol, and while several teammates were crying, Gavi shouted: “This will never happen to us again, do you hear?”. And he insisted: “Never again, did you hear?”

In December of that same year, in another tournament, Barcelona went to the final with Atlético de Madrid, which a few months earlier had won and made fun of the Catalan children. Gavi gathered his colleagues together and told them: “Remember everything you’ve told us. Let’s go over them ». Barça went into half-time winning 4-0 and on his return to the pitch Gavi shouted: “More, more, more.”

Gavi’s temper was so strong that Barcelona had to do a special job with him. They say that he didn’t manage the bad results and that he was too naughty.

Once, together with a colleague, he stole a television from a club warehouse and hid it under a false ceiling so that he could watch series at night. What the internal regulations did not allow.

Interestingly, the start of the adventure in Catalonia did not go well. Initially I could not play due to bureaucratic problems: Barça was unable to register new players due to a FIFA sanction for irregular registration of minors. Had to wait half a year without playing.

When it finally made its debut, in 2016, he entered a cart to push a ball for a goal, slammed a face into an opponent’s knee and fractured his nose. He was forced to undergo an operation… and another month of layoff. 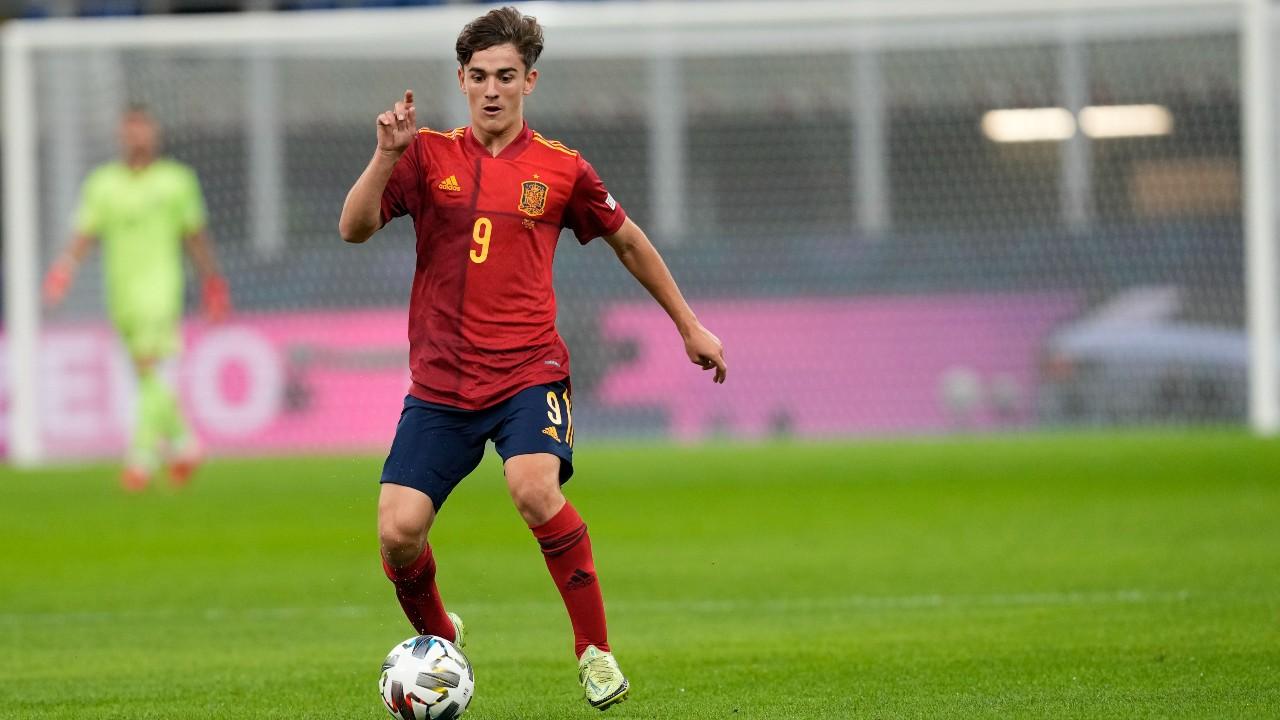 From the age of 12, however, it never stopped growing. They say he was sick of football and only thought about playing. One day, those responsible for La Masia ordered him to stay late in the study, because he needed to be reinforced. He was left alone…until they found him behind training ground number nine and rehearsing freestyles.

From first year cadet to youth and at 16 he made his debut for Barcelona B. Three games in the satellite team were enough to be called by Koeman to the pre-season stage, to make his debut in the Spanish League, to start the emotion of the Champions League and to be called to the Spanish national team.

Despite all the resounding success, he continues to live in the dorms of La Masia, changing clothes with his old friends and going to the games of the old ones: now to stay on the bench (rare thing!) Just supporting them.

In the victory at San Siro, moreover, against Italy, he ran 11.5 kilometers, made 53 passes and hit 48: a success rate of 91 percent. The most curious thing is that of these 48 passes, 41 were medium distance and only seven were short passes.

“It’s abnormal that he plays like this. He’s a player with personality, with enviable physical conditions, with our style of play… Gavi has been huge, but it’s not normal. It’s something exceptional”, praised Luís Enrique at the end of the match.

All this before coming of age. And to think that two years ago I was still playing for initiates. Uff.

Conference on the Future of Europe: Second Plenary Session concluded

PCP votes against in general. “Portugal doesn’t need any OE”

Metallurgy and electronics in most component components supplied in Portugal

‹ Return teams: from the ‘warm’ duels to the succession of Portugal › Portugal and Spain want cultural coordination – O Jornal Económico