This year’s SWCSummit, whose media partner is also the daily E15, was dominated by domestic participants. “Thank you very much, it was amazing, all the competitors did a great job. I have to thank my whole team, which has been dedicated to development for years, “said Jiří Kobelka, the founder of the winning Tatum company.

In addition to his project, whose platform simplifies the creation of blockchains, another domestic startup, Readmio, scored. It develops a mobile application for parents and children, which complements the storytelling with sound effects.

Tatum and Readmio first control the regional round, in which over four hundred competitors from the Visegrad Four, ie from the Czech Republic, Hungary, Poland and Slovakia, entered. During the evening, they also triumphed in the main competition, where startups from all over Europe stood against them. Tatum won the main prize of the jury associated with the mentioned financial bonus, Readmio received a special award from the audience.

“A large part of society does not understand blockchains, but their potential remains enormous. Tatum offers a tool that simplifies the creation of blockchains in a revolutionary way, and thus makes them accessible to a much larger number of companies, “jury member Adam Kočík from J&T Ventures explained the victory of the Brno startup.

During the event, we also present the best business projects of Czech high school students. For example, Vojtěch Šanca, Matěj Plšek and Jan Růžička introduced the Dio application, thanks to which believers can remotely question their pastor or send a contribution to the church. Graduates Filip Zíka and Michael Kalista again presented the ForestBit project, in which they grow organic vegetables on the roofs of Prague, who skillfully use the free space.

SWCSummit also offered interesting guests who had performed only digitally. It also involved co-founder of Apple’s technology giant Steve Wozniak. He also talked about the beginnings of famous brands and his collaboration with Steve Jobs. “It simply came to our notice then. I made something, then Steve came and turned it into a source of income, “said Wozniak. 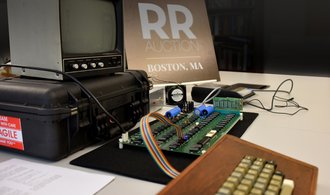 But he wasn’t just talking about the past. “I hope to correct some of the negative aspects that modern technology has brought, if necessary,” he said of Apple’s previous plans. According to him, the biggest help that the current launch must face is quality marketing. “It is not necessary to create something useful. It’s hard to find something that people actually bought, “he said.

In addition to Wozniak, one of the most interesting speakers was Esther Wojcická, a renowned pedagogue and author of a bestseller on the upbringing of successful children, known as the Godfather of Silicon Valley. You can read the interview with her on E15.cz.

Nobility: I’m also thinking about running for president. And thank you Pohořelice

The bathroom caught fire in Židenice. The child and three other people inhaled the fumes