Niko Kovac, Monsieur 60% of victories with AS Monaco

Winner of his 28th match in Ligue 1 since his arrival on the bench of AS Monaco against Bordeaux (3-0), the Croatian technician has confirmed that he is a follower of success, with a ratio of victories still very high for a coach on the Monegasque bench.

During the previous exercise, he had already become the coach with the highest ratio of victories for a first season on the bench of AS Monaco in the elite (66%)! With 29 successes in 44 matches played in 2020-2021, Niko Kovac had thus done better than Claudio Ranieri in the year of his comeback in Ligue 1 (61% of victories in the league). This year, while the Monegasque technician will reach the bar of 60 guided meetings with the Rouge et Blanc, the latter is on the same trend.

(Almost) as good as Claudio Ranieri

Since his debut in the French championship in August 2020, the former Croatian international midfielder (83 caps, 14 goals) has now accumulated 60% of victories (28/47), after the demonstration against Bordeaux (3-0 ). Or two points average per game. According to our partner Opta, only Claudio Ranieri did better in the elite among the former coaches of the Principality club (61%). However, with nine fewer matches on the clock for the Italian technician.

60 – Niko Kovac has won 60% of his Ligue 1 matches on the Monaco bench (28/47), only Claudio Ranieri (61%) does better in the top flight among ASM coaches (excluding interim staff). Wizard. #ASMFCGB pic.twitter.com/U5PAwe0Ptp

Always a follower of a playing philosophy where the team presses high on the pitch and spares no effort, Niko Kovac is also a fine tactician when it comes to relying on a hybrid system. Last January, he did not hesitate to change his plans by fielding a 4-4-2 hybrid flat, with three defenders in the construction when the team has possession of the ball. A pattern still paying off this season, even if the start was smooth, as in the first quarter of the last season.

Unbeaten for six games with AS Monaco in all competitions, the former Croatia captain has found the right fuel, at the head of a team that impresses with its talented youth. Since the start of the season, he has trusted 16 players aged 25 or under. As a result, the Red and Whites are now two points off the podium in Ligue 1 and share the lead of their group in the Europa League. 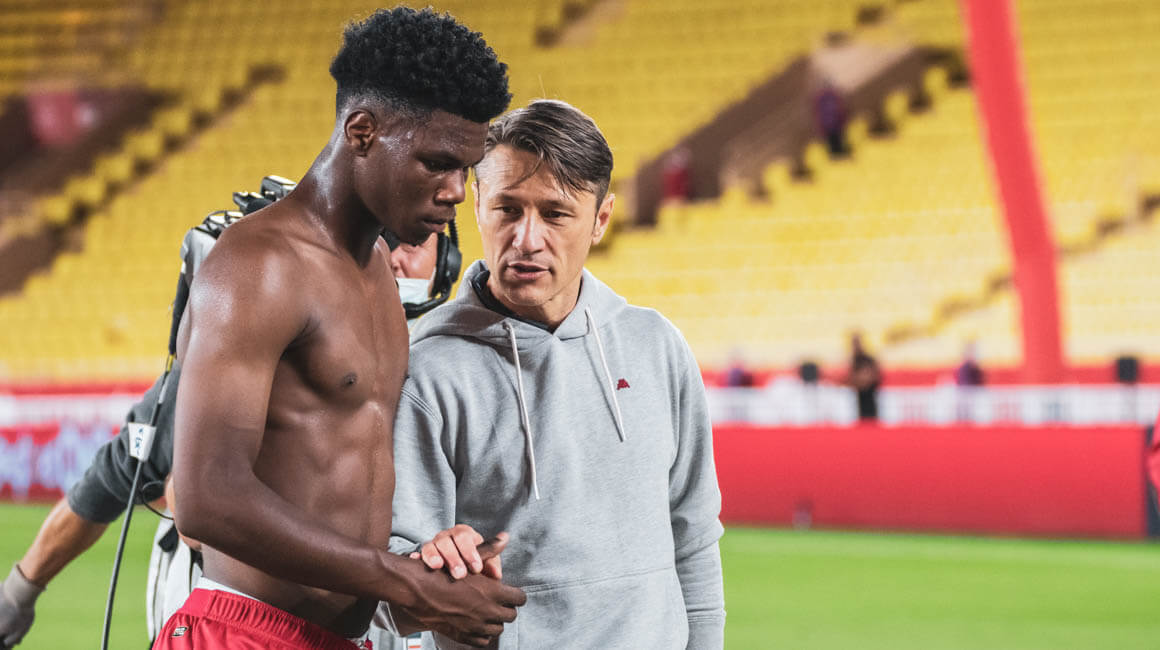 “My failures have forged a shell for me”

Albert of Monaco reveals when Charlene will be back

‹ Elections start on Wednesday, drive-in voting places will open to people in quarantine-ČT24-Czech Television › Does the Gulf need a moment in Helsinki?